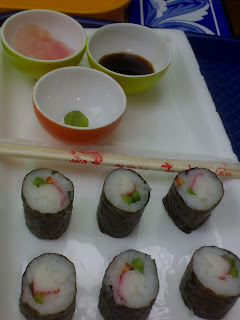 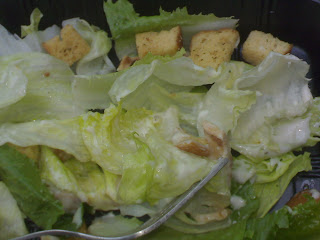 There is a certain comfort in going to a familiar place, a place where people know you.
The wife and I went to the Reclamation Candies after quite a while today. We had stopped going there since the new Candies@McRonnel opened close to our house.
Well, it really felt good to be there (Reclamation), especially since we used to go there so often. It was our regular Saturday breakfast spot for a while. Plus I often used to stop there to pick up breakfast (one cappuccino and a brown bread sandwich) on the way to office. And what I used to like about the place was the warm, friendly buzz which it had. It struck one as a place run by good hearted people.
There was a big smile of recognition on the face of the young boy who took our order. And then when I went to place our coffee order, the boy at the coffee counter completed my order of ‘two regular cappuccinos...’ by saying ‘…one in a regular cup and one in take away’. After having taking our order so many times, he knew of the wife’s quirk of wanting her coffee in a take away cup with a straw. It felt good and I had visions of cowboy films where people would go their watering hole and order ‘the regular’.
The new Candies@McRonnel, is no doubt a hop, skip and jump away from our house and is much bigger than the Reclamation one, but it does not have the latter’s cosiness. In fact someone had likened the service of the new Candies as ‘that of a government office’ where you patiently wait, hoping to be served if you are lucky. And I agree, especially on weekends. Given the crowds they should replicate the McDonald’s order taking system.
One of the things I love about Candies is complimentary little pastries, cookies which they give with their coffee. It felt good to see them in the tray along with the coffee at the Reclamation Candies. In contrast, I always have to ask for them in the new Candies. They don’t give it automatically though they are supposed to. Which also means that lot of people who don’t know about this won’t even be getting. I have brought this up a few times but they just don’t learn!
It’s good to see Candies grow. But it will be sad that it loses its good natured charm in the process.
PS Candies has really changed with times though. Today, in my new health conscious avatar I had crab sushi and Caesar salad for lunch there. A far cry from its East Indian origins.
Candies- my favourite eating place

k said…
I think 'uncle'would've agreed vehemently with you on this. Especially since the new prim air-conditioned candies would ban him from smoking.
30 January 2008 at 00:04

Jessica@Foodmayhem said…
In India, it may be different, but in NY, any place that has both Cesar salad and sushi would probably be a a big lunch deli, meaning neither would be authentic.
29 February 2008 at 22:50

Kalyan Karmakar said…
Candies would qualify as a deli. They have an an eclict mix, confectioneries, salads, sandwiches, puffs, Indian curries, Goa food, pasta, lasagnes, roasts AND now Thai and Sushi. I guess it refects the city of Bomaby which is quite cosmopoliton and the suburb it is located in, Bandra, which leads on this count. Candies is more a melting pot than a gourmet place... to me it is a Mary Poppinsish happy place
1 March 2008 at 12:33

Scarlett said…
I was wondering how the owner of Candy's got such a big place near McRonnel's! Apparently, he does so much charity work in Bandra & enjoys such goodwill, that the school gave him the building free of cost...or so I heard. Btw...did you know that the petit fours are supposed to be complimentary? They never give it to you on their own!
10 April 2008 at 22:21

Kalyan Karmakar said…
I won't be surprised if what you've heard is true. The people at candies have always struck me as good hearted people. I was there after almost a week today and did have the petit fours served with big smiles
11 April 2008 at 17:50

Scarlett said…
Oh, they actually served you the petit fours! Actually, the waiters arent a pain...the overdone hoity-toity wanna-be Pg 3 "aunties" of Bandra are. My roommate loves the petit fours & she always gets dirty looks from some aunty or the other whenever she picks them up!!
11 April 2008 at 22:38

Kalyan Karmakar said…
they always serve the petit fours...didn't know they were called that though. I think the crowd was largely young kids or the India equivalent of soccer moms
14 April 2008 at 11:35