The making of a mall rat 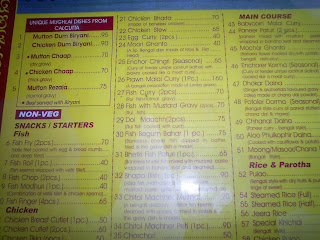 A constant bone of contention between the wife and me is my lack of enthusiasm to go shopping with her. However, the only exception is when she suggests going to Inorbit/ Hyper City Mall. Then, I am inside the car, ready to go, before she can finish saying ‘let’s go shopping’.
What’s the secret then? Well, on the way to Hyper City (from Bandra) lies Calcutta Club at Oshiwara. This is a tiny (about 5 tables, with AC) eatery which has been set up there recently.
We have had some lovely meals over there. What I like about Calcutta Club is that it has a good range of Bengali food. Apart from the regular curries and daals it has things like paturi (fish steamed in banana leaf), mochar ghonto (banana flowers sabzi), mudighonto (fish head and rice) or the famed dry Calcutta biriyani which one doesn’t make at home. The food is tasty, portions are sufficient for one person and the prices are quite reasonable. In fact I have twice packed dishes such as alur dom, kosha mangsho, bhaapa bhetki, Bengali pulao for my in laws who loved it. Calcutta Club has been started by this middle aged couple who seem to be smiling all the time.
This is what I ordered when I went with the wife this Sunday:
 1 chholar daal (well flavoured, not too thick)
 1 plate alu bhaaja (nice & crisp)
 Half rice (good to have that option since a full plate is too much. Why waste?)
 1 mochar ghonto (very nice, almost as good as my Dida’s)
 2 pabda paturis (very good fish, mustard was nice, slightly fiery) 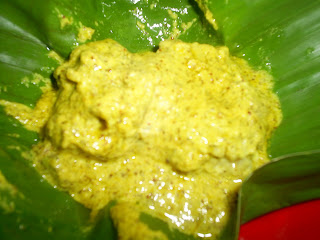 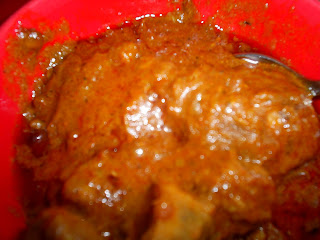  Take away – 1 chicken biriyani (seemed straight from Cal and stayed well though I kept it in the car till night) & 1 chicken chaap (authentic masala, though a bit disappointed that they hadn’t given a leg piece unlike what I specified)

Guess how much all of this costed us? All of five hundred and fifty (550) Rupees! All of the above qualify as must haves along with the alu dom.
Cribs? Place is a bit small so better to avoid peak hours (e.g. we went at 4 PM on Sunday to avoid the rush!) Their mishti doi is not too good, nor were fish cutlets, chops, etc. They used to make lovely rolls which they have stopped making and we fervently hope they resume making rolls
Bengali food