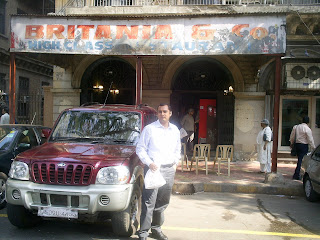 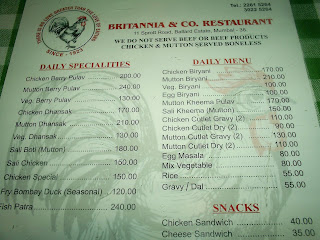 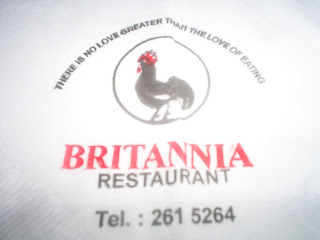 Have you ever placed an order in a restaurant and then had the person taking the order say ‘good boy’ in response? Not once but thrice?
This happened to me for the first time today at Britannia. Britannia is arguably the most famous Parsi restaurant in Mumbai. It is run by Iranis actually, but why split hairs? Instead as both Parsis and Iranis would say, ‘jamvo chaalo ji’ or ‘let’s go and eat…damnit’! Britannia is at Ballard Estate in South Bombay. It looks straight out of the nineteen forties and I believe it should be declared a heritage site. They have a high ceiling, with long ceiling fans, with chairs and tables typical of Irani restaurants. There is a certain cosy, lazy feeling to it despite the largely office crowd lunching there. 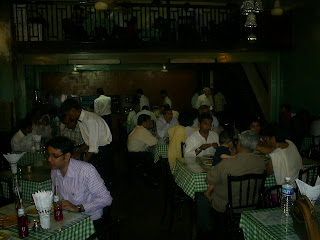 I went to Britannia with a couple of friends from office after a meeting. They had never been there before and they hadn’t had Parsi food before. 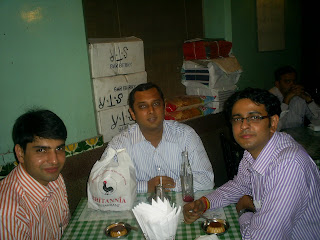 So, I took charge of the ordering.
This is what I ordered for the three of us:
 1 chicken Sali boti
 1 chicken beri pulao
 1 veg berry pulao
 2 egg masalas
 3 rotis
 3 raspberry drinks
 3 caramel custards
When I finished ordering the genial, old Irani uncle who took the order, wrote everything down and said ‘good boy’. I think he was impressed by the confidence and knowledge with which I ordered. Ordering, raspberry, the quaint and quintessential Parsi drink, was the clincher I think. I did later let on to the fact that I am married to a Parsi. 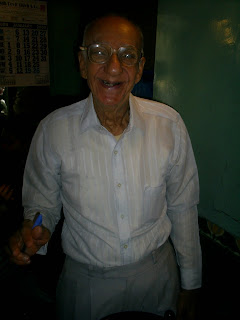 More on the food now. Berry pulao is a speciality of Britannia. It is a pulao with a bit of gravy and meat and chopped cashews and Iranian berries. The berries add a nice tangy bite which surprises you by breaking through the taste of the pulao every now and then. It also has little meat ball like kebabs in it. The berry pulao is a ‘must order’ here as you will not get it anywhere else unlike the other Parsi specialities such as dhansaak rice or patraani maachi. 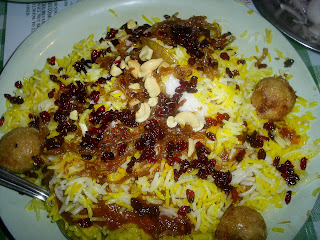 The Sali Boti is another of their signature dishes. It is a slightly sweetish gravy dish with potato straws in it. Sali boti traditionally is much sweeter. The sweetness usually comes from ‘jardaloo’ which is a figlike dry fruit. However, unlike the overly Sali Boti in most other places, the Britannia has got just the right amount sweetness. I don’t think they put jardaloo here. In fact my largely vegetarian, Gujarati friend, had a bit of the chicken Sali boti and kept saying how much he loved it! 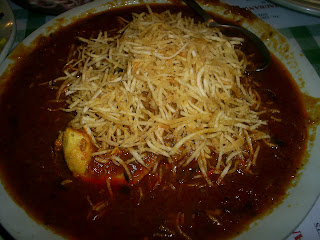 Britannia makes a lovely egg masala which consists of sliced boiled eggs in a subtly flavoured, yellowish gravy. The wife loves it. She and I often used to have it here while we were dating. This time I packed some for her. 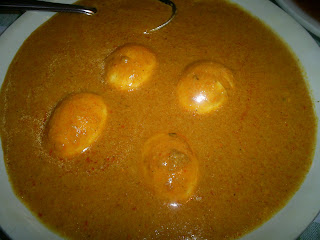 The rotis in Britannia are soft chappatis with a fair amount of ghee/ oil. Quite tasty and worth ordering!
The raspberry drink, like I mentioned earlier, is a Parsi favourite especially during weddings. I would strongly recommend washing your food down with raspberry. 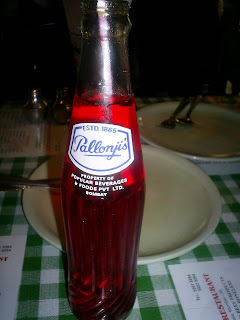 The piece de resistance was the caramel custard which was extremely tasty. It had the right amount of sweetness, the right consistency and was chilled right. The only place which has such good caramel custard would possibly be Café Nooranis. 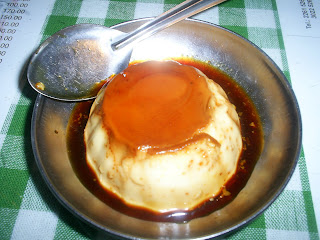 So at the end I had a lovely meal. And I was glad to see that my friends enjoyed it too, especially since I chose the place and the menu while they humoured me. The service was nice and prompt and they did not mind my taking zillion pictures.
Negatives? Can’t think of any. Well, yes, vegetarians beware. Like the Goan restaurant, Martins, they have only one vegetarian side dish called, ‘mixed vegetables’. Oh, one more thing, they are shut at night.
Incidentally the ‘old Irani uncle’ turned out to be the proprietor, Mr Boman Kohinoor! God bless him.
PS. this blog is dedicated to masi who loved the blog but felt sad that I did not have anything on Parsi food
Parsi food - the better half

Kalyan Karmakar said…
don't worry, people from your ethereal world will facilitate that soon too I am sure
19 January 2008 at 18:28

Kalyan Karmakar said…
a parsi friend of mine, one of my first Parsi friends actually, just corrected me from Muscat that jardaloos are apricots and not figs as I'd mentioned
19 January 2008 at 18:35

Kalyan Karmakar said…
in fact, he is 'most handsome & best boy', at least according to the aunties in his building at Calcutta
19 January 2008 at 20:27

Unknown said…
One of the best parsi meals that I have ever had was at Britannia..It is indeed a heritage structure, just that the prices are ahead of time :-) .... And the biggest drawback is it is shut at night, so one has to go there during the day only..... For dinner, one could try 'Jimmy Boy' somewhere behind Akbarally's... decent Parsi food I must say
20 January 2008 at 15:23

Kalyan Karmakar said…
@kashinath...yes Britannia prices are definitely not cheap :( I think they milk in the fact that it largely an office crowd that comes in. Plus their uniquness. I guess even Oh Calcutta milks this too though they (OC) are more plush. Jimmy Boys is good. In fact the best thing is that they allow two people to share one laganu bhonu (wedding thaali)
21 January 2008 at 17:04

Unknown said…
Being 'plush' is where I was coming from.... OC has a plush ambience, it is air conditioned, they serve alcohol along with excellent food;these are few parameters which adds to their prices.. But except for excellent food, Britannia does not match any of the parameters but still the heavy price...The insight here I could say is for the real foodies, its the taste that really matters, not the ambience :-)
22 January 2008 at 11:30