on April 15, 2008
People were stumped when I asked them about what was there to see at Singapore if one is not interested in shopping or amusement parks. That straight away ruled out the malls and Sentosa. One place a lot of people, who knew my tastes (no pun intended), recommended was Clark Quay.

Clark Quay is the refurbished river front at Singapore with an array of glitzy restaurants and night clubs.

I went there twice. It was a wonder land of food with restaurants from across the globe. However, as I found out, what makes such experiences special is often the company one is with. And as at Boat Quay, I sorely felt the absence of the wife here too.

However I did have one memorable night here with some new friends I made at the Esomar conference. Our Clark Quay gang consisted of two gentlemen from Cincinnati and Moscow and a couple of ladies from France. We had met that evening itself and decided to go out for dinner.

I suggested CQ and once there, Michael suggested Shiraz, a Persian restaurant there.

The food was great - the feta cheese starter exploded in the mouth with its sharp, Arabian Nightlike, taste. The meats were exotic - venison and quail kebabs. Though the mince lamb kebabs were my favourite. These along with the little pulao portion with a burnt crust reminded me of the 'chelo kebabs' my mom used to make at Iran years ago. 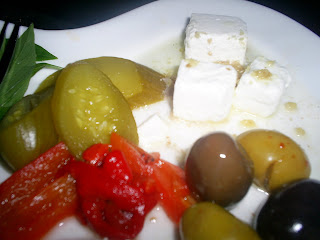 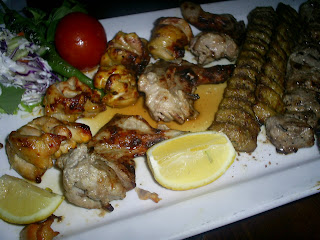 It was not just the food that made the night memorable. There was the belly dancer who brought alive memories of Amitabh Bachchan film songs from Zanjeer, Don and Sholay. And there were Sasha's lessons on the 'right' way to have vodka shots (breathe out, drink the shot, take a deep breath of some flavourful food - kebabs in this case). 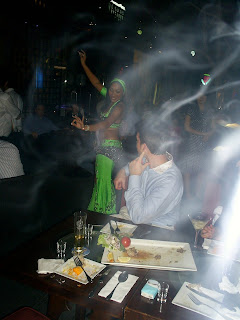 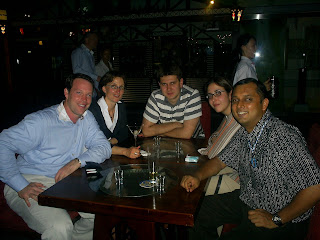