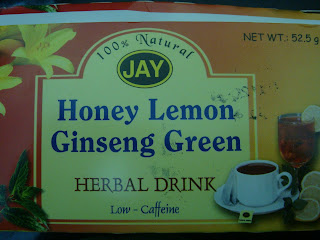 I am normally quite deadbeat in the evenings. A bit like Javed Jaffrey in the Cinkara TV ad of the eighties when he would come home from work and flop onto the sofa.

Yesterday was no different as I was drearily lounging at home watching a cricket match on TV. I was searching for green tea bags where I came across a box which we had picket from Tea Centre earlier. I had tried it once, found the flavour too strong and didn't have it for a while. I tried it again yesterday as I was out of other options.

And boy was this honey, lemon, ginseng green tea potent or what? I had it at 8.30 at night, got all fired up and was up till 3 in the morning! I don't know if they will still stock it at the Tea Centre with the changed management but I have seen tea from the same brand (Jay)at Spencer's in South City, Calcutta.

We have tried their orange chamomile green tea before. Kainaz and I were big fans. That box is over now and we could not find that flavour in Calcutta. 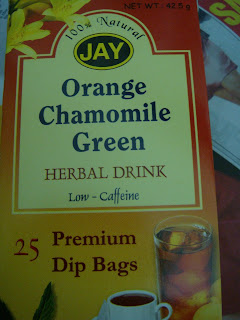