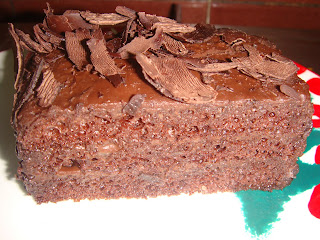 I have been in Bombay or Mumbai as it is called now for close to ten years now.
Over the years people have asked me whether I prefer my earlier city Calcutta (or Kolkata as it is now called) or Bombay. It's a tough call. I feel at home at Bombay while it there is a sense of returning home when I go to Calcutta. Sitting in Bombay I feel nostalgic about all things Calcuttan. Yet, I start getting restless to get back to Bombay soon after I land at Calcutta. I guess if I use a bit of college Sociology basics then Calcutta is my city of orientation, the city I grew up in. Bombay, on the other hand, is my city of procreation, the city I am married in. I guess the anthropologists who had cooked up these terms had equated marriage with procreation. But it is no longer 1984 I guess.
One thing which struck me about Bombay, right from the beginning, is that it is the closest one would get to a 24 hour city in India. There is always life in the streets of Bombay. Quite unlike Calcutta, Delhi or other cities in India.
And this augurs well for a foodie like me. It was just the other night that I felt like a chocolate truffle at around midnight. So I set off, armed with a hundred Rupee allowance that Kainaz gave me, in search of my pastry. I first went to Basilicco which is opposite my house. However they had mousse or Brownie based cakes which I didn't want. So I walked down to the Turner Road crossing at Bandra. Pot Pourrie was open. I am a big fan of their truffle pastry (in the photo) which I picked up and got home and relished.
And the thing is that I still had not exhausted my options. I could have tried 5 Spice or the Carter Road food lane (more for ice creams) otherwise.
Of course, I stay at Bandra, which is one of the hotspots here. Still I doubt if I could have had a chocolate truffle, and that too one I liked, anywhere else in India at midnight.

Anonymous said…
But I must tell you that the one time I had a digestive disorder in the monsoon (GASTROENTITIS!!!!) was when I had the spinach lasagne at Pot Pourri. Maybe it's risky to eat leafy greens in the rain but hell, what else am I paying those prices for?
5 August 2008 at 14:06