on August 20, 2008
The buffet dinner at J W Mariott was all that I thought it would be. I sort of went berserk. The fact that I missed my evening snack and was ravenous helped. Though let me tell you that I wasn't the only one. I have married into a family of hearty eaters and we all brought in the Parsi new year with gusto.
The following pictures are from some of the plates that I loaded through the dinner. I particularly gorged on the selections of cheese with crackers. I made some nice combos there with the various types of cheese, my favourite smoked salmon, saled cashews and the awesome olive and tomato pesto dips. I kept returning to the cheese station. 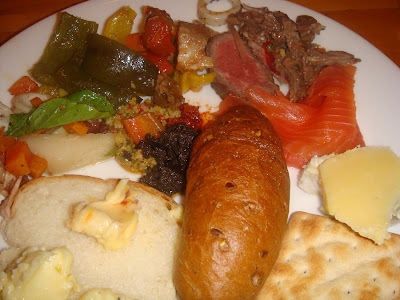 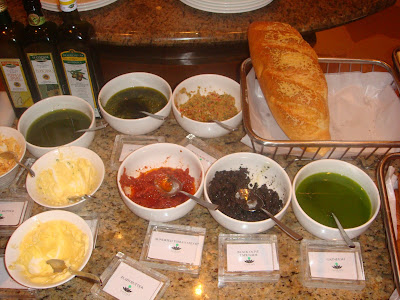 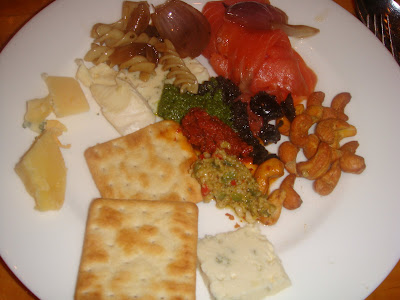 There were some nice satays at the live counter though these were served with chilly sauce and not with a peanut dip for some reason. 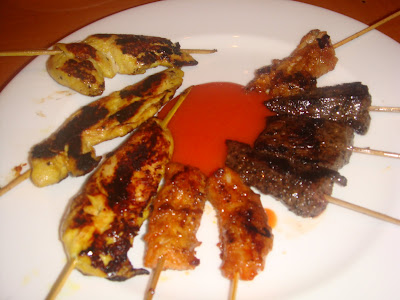 Just as I threw my cholesterol worries and dug into the cheese, my father in law too forgot his red meat restrictions and ravaged the cold cuts. In fact I couldn't make him stop to look at the camera. He was fully into the food. 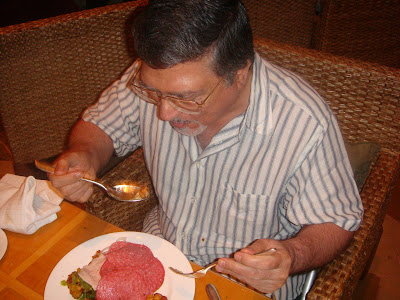 While we demolished the cheese and the cold cuts, Kainaz was busy finishing all the smoked salmon. She is a big smoke salmon fan so she was in a different zone and kept hovering around the smoked salmon counter. So we all had our clear favourites. 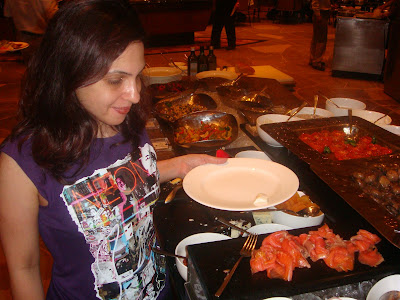 My in laws got into the mood of the evening. They were like children at an amusement fair and they kept walking up to the food counters with a blissful expression. 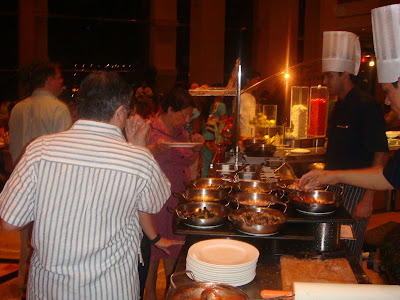 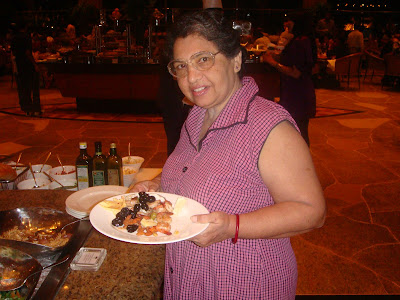 They were oblivious to the world around them and I managed quite a few candid camera moments. These were often at the dessert counter or by the candy section near the ice cream corner. 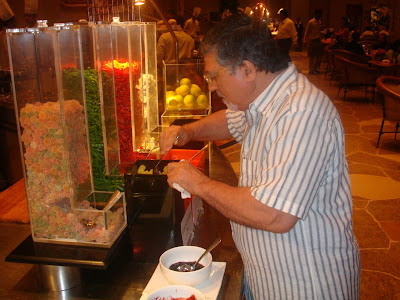 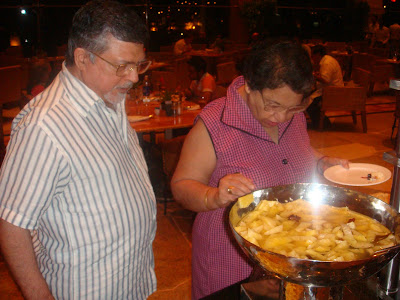 I myself was enthralled by the dessert selection and kept digging in. Among other things I devoured three scoops of ice cream, an amazing chocolate chip cheescake (sharp chips in a soft, moist cake base), crumbled cookies, a tequila cheesecake (tangy, unique), blueberry cheese cake and a bit of semiya (Indian semolina pudding). 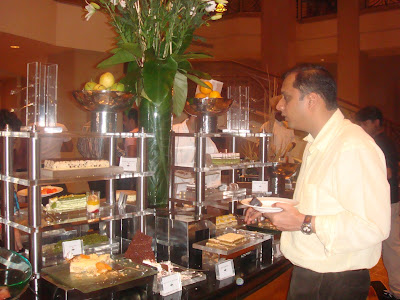 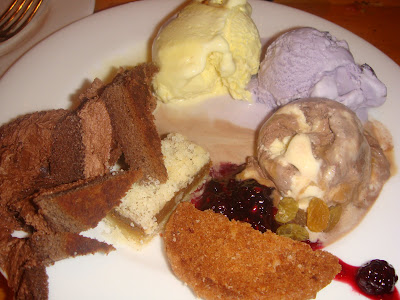 My father in law got inspired by me and soon he and my mom in law had their Archie and Veronica moment as they were lost in the sweet stuff. 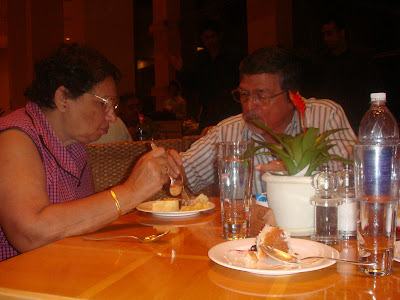 We all had a wonderful evening and our gracious and generous host, Kainaz, looked quite content! 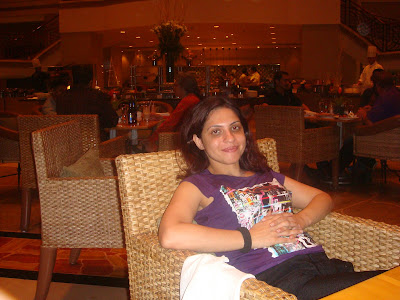 The only rough edges were the grills which were bland, lacked salt and weren't tasty. The other silly part was in the dessert section where they would replace desserts which were over and keep referring to them by the name of the previous one. For examples the waiters kept calling the blueberry cheese cake a chocolate cake as the placard of the previous dessert said so. Come on, look at the picture, how can anyone at a five star call this a chocolate cake! 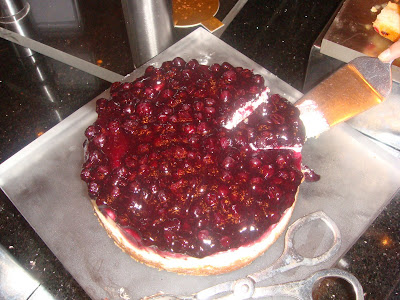 Kalyan Karmakar said…
They did have some Parsi dishes - cutlets, prawn patia, dhansak rice - good, patrani machhi undercooked and under salted and some desserts like laganu custard but we attacked the other stuff...and how
21 August 2008 at 16:51