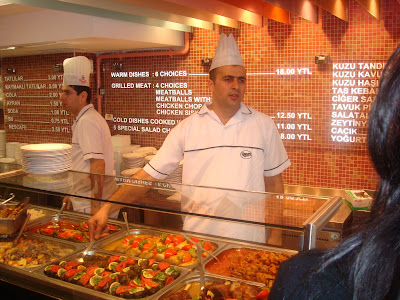 This post is for those who are wondering whether I have stopped finely chopping.
I was out at Turkey for a while earlier. I began updating my travel blog after I returned. This took a while as some of the posts were longish, there were lot of pictures and the slow net connection was quite painful. I have far from finished as the trip was quite magnificent. But I thought I'll write a food post here before moving back.
Kainaz and I love to try out the local food of places we visit and we stay away from Indian restaurants. We are, or she is, fairly picky about the hotels we stay in. Sometimes these are expensive properties. So we avoid the hotel restaurants as the food there would be pricey. And unlike when it comes to our stay, we don't mind slumming it in the quest of good food.
Over the years we have come across some gems like Sadris at Langkawi and an old lady's cart outside Amabassador hotel at Sukhumvit, Bangkok.
When we went to Istanbul, we were told that the average meal would cost us 12 - 15 euros per head in a mid level restaurant.
Then we discovered the Turkish Delis of Istiklal Kadesi in the Taksim area. There are a line of such delis across the road. Our favourite ones was at the Pera end - Piknik Kofte Piyaz. We also went to some others like Borsa, Afakan and they were all good.
The way the system works is that you go in and choose what you want. First in line are the kebab counters where you get freshly grilled stuff. We particularly loved the mince kebabs as they were far juicier than the sheekhs in India. 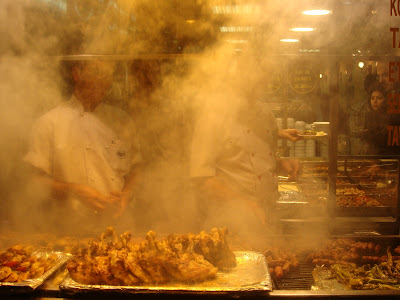 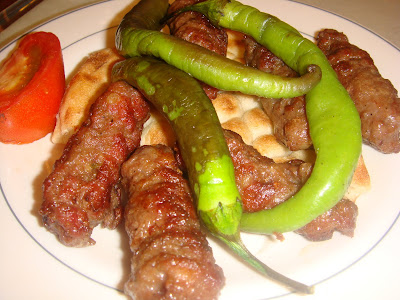 Next is the 'warm food' counter. You get an array of lovely stuff. Some of the masterpieces there were the sausage and potato curry, the fried liver and potato plate, the lovely, lovely yogurt based meatball curry to name a few. The taste wasn't unfamiliar to an Indian palate as they would have fired onions, tomatoes, and some Indian spices like cumin, chilly powder, garam masala at times.
In contrast, the local food in Thailand, Malaysia, taste quite different to what we are used to (and we love them).
They have some vegetarian dishes in the deli - chik peas, beans, kidney beans. You point at what you want, they will tell you what the dish is and fill a bowl. Some of these meals are served with rice or mashed potatoes or even bread. 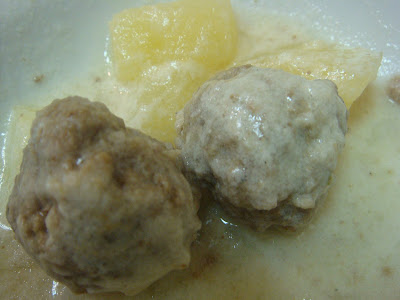 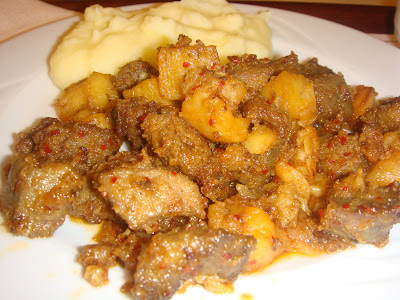 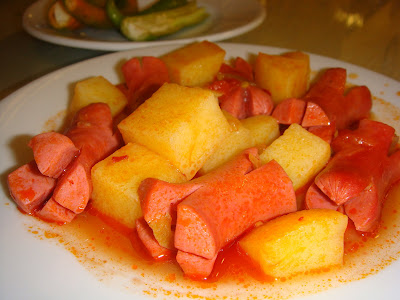 Next comes the salad counter which we largely avoided. I took a serving of khus khus once and was disappointed! But then I am not a salad person. 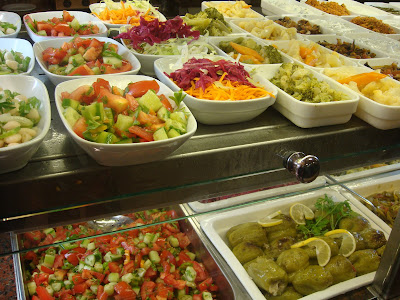 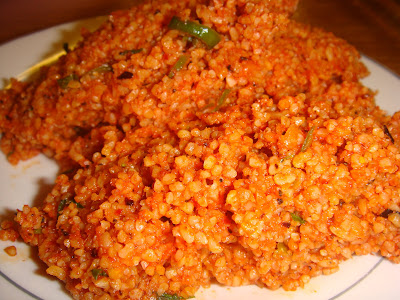 The final counter is the dessert counter. You get a mix of local Turkish Delights (sweets) and the odd souffles, custards. Some of the sweets are similar to Indian sweets as they have a gulab jamun like base or they have semiya (semolina) in them. On the whole, they were a bit too, sweet for my taste. 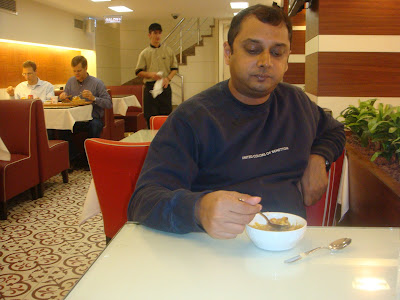 You also get non alcoholic drinks such as soft drinks, packaged juices and Ayran. Ayran is the local butter milk which is very similar to the Indian lassi. Borsa served wine (sarap) and beer (bir) too.
There is a bread basket at the end of the counter. You can take as many pieces of complimentary bread as you want. This bread is extremely soft and fresh and rounds up the meal. Even Kainaz gave up her no carbs at night hang up and devoured this. 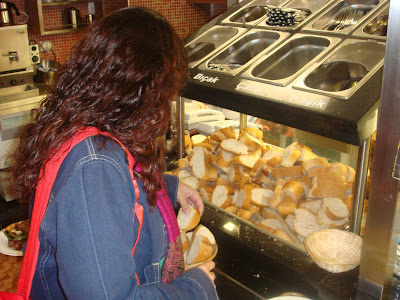 Did I say slumming it? Actually, the delis are very clean. Space is not a problem as they are built over three floors. The food is very fresh and we had no problems at all.
And here is the best part. 15 euros per head in an average place? We paid an average of 15 liras or 8 euros (!) for two per meal (1 starter/ sweet dish/ 2 soft drinks/ 2 warm dishes + free bread). Not just any meal...but a very tasty meal in a nice and bright place.
8 euros is about Rs 480 in India which is more than a meal for 2 in Candies but on the lower side than the more touristy restaurants of Istanbul. These restaurants were full of locals which, Anthony Bourdain says, is the best test of a restaurant. Quite a few tourists were there too. Most of these are recommended on Lonely Planet.
Faraway foods Istanbul Turkish treats

Unknown said…
I seriously thought Turkey has taken away your passion to write on foodie experiences... But am happy you are back and I hope the readers won't have to wait for so long anytime ahead :-)
5 November 2008 at 23:11

Unknown said…
I seriously thought Turkey has taken away your passion to write on foodie experiences... But am happy you are back and I hope the readers won't have to wait for so long anytime ahead :-)
5 November 2008 at 23:11

Kalyan Karmakar said…
@Jessica: you are welcome....took a million food shots. really miss the food
@Kashi: love the pressure :) I did write on the food and put food shots in faraway diaries. I was at Sindudurgh yesterday. Followed your advice and had the puris...nice, soft and crunchy
6 November 2008 at 11:15

k said…
Hand on heart - I devoured the meals at the delis more than the few uppity food joints we visited
7 November 2008 at 16:43

Unknown said…
Ive just got back from Istanbul... :(:(. You are so right about the Apple tea. I hate tea and coffee usually,but loved the apple tea there:).

Did you have Kumpir??? I was soo stuffed by the end of it, but didnt want to waste a bit.

Love the Ayran, had to have it before leaving, saw all the locals gulping it down with their meals..just like "chaas!.

Did you try Pismaniye??? We brought sooo much back home, it looks like Buddi Ka Baal, but is as light as candy floss.. (in a box). The way it melts in your mouth, is indescribable.

The Hospitality of the people there was fantastic, there was a nice restaurant near the Blue mosque, at the Sultanamet area, in Arasta Bazaar.. wanted to give us lots of free tea:)
10 December 2009 at 22:28

It felt really good to see this comment. Reminded me of my awesome holiday there two years back :( :(

I guess the best places for free tea were the spice and carpet shops. One could even buy a few things in the first case.

The hospitality of the folks there was amazing. What is Kumpir? Must confess that I don't remember all the lolcal names. A good excuse to go back :)