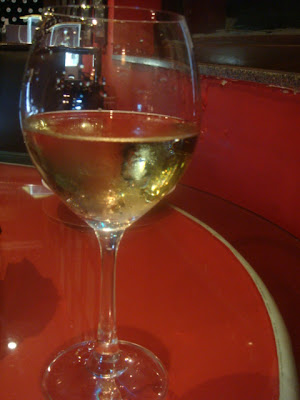 I did a review of Ivy Wine Cafe and Bistro for Feastguru a couple of weeks back. Here's the piece:
There are three types of people in the world. Those who understand the world of wine. Those who don’t, but pretend to. And those who don’t.

I don’t know about you but I am in the third group.

What happened to sitting back and enjoying your drink?

Well, if that’s your worry then Ivy, a wine bistro at Mumbai, could be the answer.

Ivy is run by the Indage group who were amongst the first to produce wine in India. The idea from, what I understand is, to popularise wine here and reach it to a larger audience.

Ivy has a nice, youthful, vibrant feel to it with abundant touches of red, whacky one liners on wine on the wall, maps of wine producing countries on the ceiling and placards explaining different types of wines.

As our kind host for the evening, Ivy’s Yogesh, explained, there are no rules at Ivy. 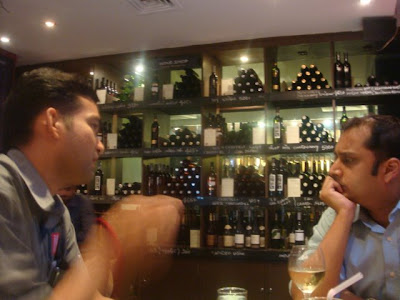 Muggy Mumbai makes you yearn for chilled red wine? No problem, you get chilled red here. Don’t know which wine to order? You can try a sampler before you order. Bothered about having to have only cheese with your drink? You can have chicken nuggets, French Fries, Bruschettas and other starters that would go as well with a good lager. Worried that wine will burn a hole in your pocket? Their cheapest wine, Vino, at Rs 40 (less than a USD) is cheaper than their ice tea. Want to celebrate with champagne but can’t afford a bottle? According to Yogesh, Ivy is the only place around where you can order champagne by the glass.

In other words Ivy is the place where you can go and enjoy wine without feeling self conscious.

And if you are a wine connoisseur then Ivy has a treasure trove of contemporary Indian wines from the house of Indage and the odd imported wine too. 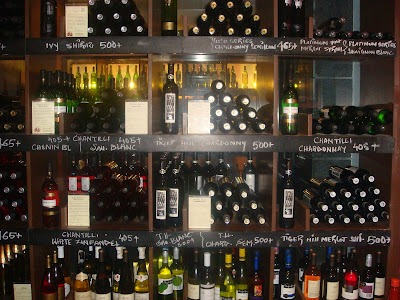 How were they? Clear colour, refreshing and bubbly aroma, nice tasting. There, I won’t pretend to be a connoisseur. All I will say is that I enjoyed my drink.

I did learn that it is important to start your drink by swirling it in the glass and appreciating the clarity. You then stick your nose in the glass and take in the aroma. And then finally take a sip and keep it in your mouth for a while to enjoy the palate and then take it in.

And in case you think I am some sort of wine Prophet, all of this is written in big and bold on the walls at Ivy. 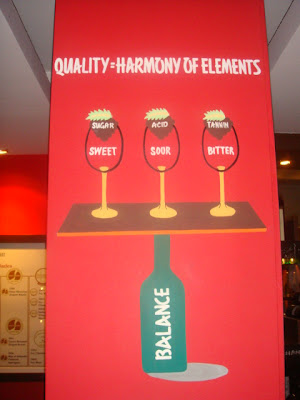 And the food? Nothing too elaborate. I missed having a nice cheese platter. But as Yogesh explained, they have consciously tried to keep the costs on the lower side. So you have a host of starters at less than Rs 100 (2 USD). We liked the chicken nuggets which were crunchy and juicy. It is difficult to go wrong with French Fries and Ivy doesn’t disappoint. The bruschetta will do if you are longing for cheese. You get a whiff of it with these. Kainaz liked the Greek salad which was nice and light. I would have liked a bit more feta cheese in it but I am not a salad man. 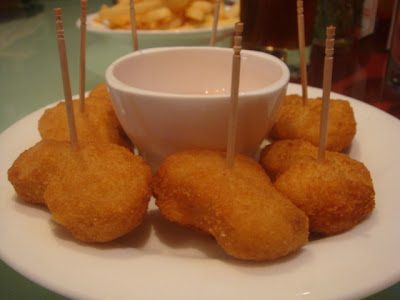 The main courses, ranging from Rs 100 – 150, have their nice moments and lows. The Red Thai curry was quite well flavoured and tasty. We tried a penne pesto which was strictly avoidable. A bit too milky for my taste and no flavour of basil. They have a biriyani in case you want something Indian. 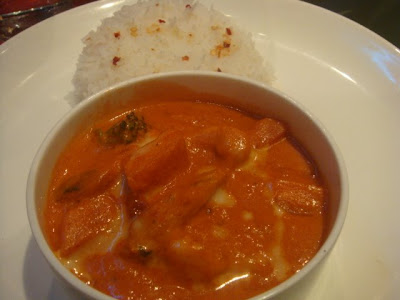 On the whole you are better of having fun with wines here with the starters to give you company.

And if you have sweet tooth then the chocolate truffle and blueberry cheesecake, at Rs 100 each, would make you happy. 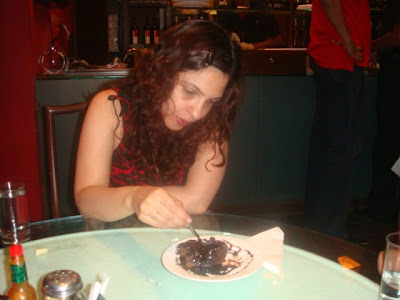 We went to the outlet at Worli which was quite full even on a Thursday night. They have branches at Versova and Malad which have a similar look and theme from what I understand.

Disclaimer: This was not an anonymous review. 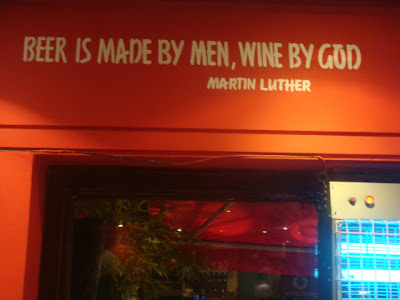 The knife said…
Yes Scarlett, its quite a democratic wine drinking expereince there. That's the ownderful part about Ivy
3 May 2009 at 01:35

k said…
more feta cheese would've made to salas too salty. Remember feta is sharp, a la our encounter this afternoon;)
3 May 2009 at 18:40

Gaurav said…
good one. i love Ivy though i havent been able to make my way there for AGES.

Kashinath said…
Oh yes....our first Nasik trip was much much more memorable...6 of us... my first presentation to a client... the misunderstanding of the confirmed and waiting list tickets... the famous 'shaadi saal main ek bar hota hai' dialogue
:-)...and Nihar had created the Team moto community on orkut on our way back in the train...was so much fun... miss those days
9 May 2009 at 00:32