Went through our Swiss albums with Mom and was thrilled to see that we had photos at the same spots at Geneva and Lucerne (the fountain, the UN Building, the Red Cross Museum, Lucerne bridge) as we had from this time's holiday. Mom and I compared the sepia pics versus the new digicam ones. Quite an experience. That trip too was in September like this year's. I was six months old then.

Read this excerpt from my Mom's notes '4th September 1974 'Went to Schilthorn by cable car - longest cable car in the world - had coffee and cake at Piz Gloria's - mountain tops covered with snow - Raja ( aka The Knife) had a great time with the girls in the restaurant. 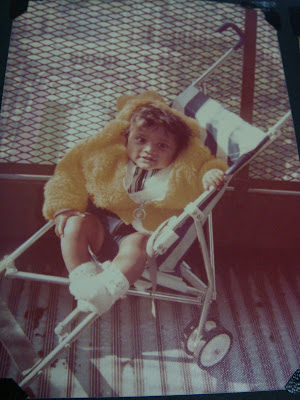 All I can say in my defence is that I was not married then.
Afternoon lunch and nap at granny's.
Evening saw a feisty blogger and friend, Scarlett, and me at Flurys Park Street in search of a non Coffee Day coffee. We finished off the sugary, buttery, earthy rum balls and chocolate cubes of Flurys. But the hit of the evening was the Legally Blonde 'strawberry cube' bright, sweet, chirpy ... S had one tentative bite and then many more. 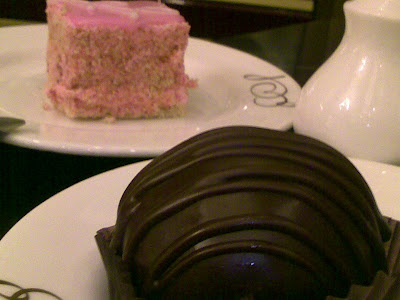 The first cup of coffee was tepid but the second was piping hot as requested. As you can imagine I am wide awake after the two cuppas. Nothing like the bitter manly brews of Switzerland. Though I did appreciate the knowledge and passion of the person taking our order. 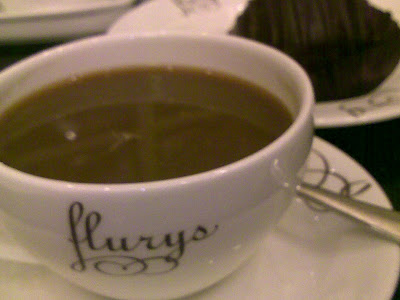 An evening which began with the thrill of taking a Metro from the new station outside my home and ended with a lovely nutton roll at Hot Kati Roll at Park Street.

It was also a day when a 82 year old lady said I had put on weight while a twenty nine year old said I had lost weight.

Oh, and if you thought I took a lot of pics while eating, then see this from a generation back, Switzerland, September, but 1974. 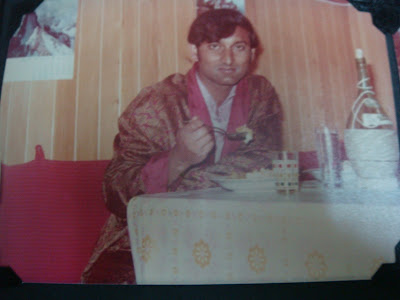 Gia Fernandes said…
Ah nostalgia! Your dad was a dude (you HAVE to let me say it this time) and a very handsome one too!

I've been to Flury's just once and unfortunately, cannot remember what I had. I do remember everything from Kewpie's though... drool!

Kalyan Karmakar said…
Somoo I am a sucker for nostalgia, for good or for bad

Thanks Arundhati. I went to your site yesterday. Loved the butter chicken post. Will study it and give it a shot back home

CC, yes he was a dude. This trip that i referred too was a driving trip. Covered Denmark, Switzerland and France and, according to my Mom's notes had them sleeping in the car one night. But talking of adorable looks, what about the six month old on the post :)?

Gia Fernandes said…
Is that a six-month-old baby? I thought it was one of the more exotic desserts at Flury's. A little butterball or something :))
Very cute and adorable indeed! But it took THE dude to make that, didn't it?
Poor you, must have had your cheeks pulled a lot. I hated it! That, and when people called me Glucose baby!
31 October 2009 at 11:29

Kalyan Karmakar said…
CC: true one of his best works. Had pulled my cheeks a lot apparently. And in calcutta it was Glaxo baby

Scarlett: you prefer spunky? Good you joined, I could taste everything that way... especially after being told that I had lost weight ;)
1 November 2009 at 01:52

k said…
Dear Cloudcutter, you are absolutely right. The first picture is that of an exotic muffin. Do contact me for the price:)
3 November 2009 at 15:25