on October 08, 2009
Our last night at Switzerland was at Zurich.

It was a magical night.

We were missing Lucerne. Got onto a river ride to kill time. Was bored to death.

Got off and began walking the deserted streets, lit up by classy cathedrals. In search of a 'Swiss' restaurant recommended by the lady in the Zurich railway station. A name she scribbled in ineligible handwriting. 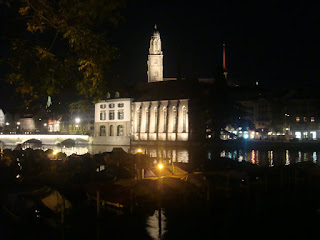 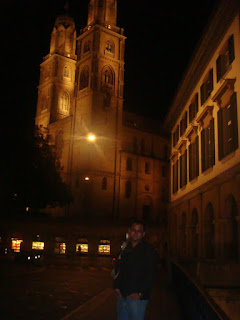 That's when we stumbled upon the Zurich film festival kiosk and met Shivani, dressed in black, helping us out while others were stressed about Polanski. She guided us to this amazing alley with little restaurants up winding, empty, cobbled lanes. (that's not her in the picture which we took the next day) 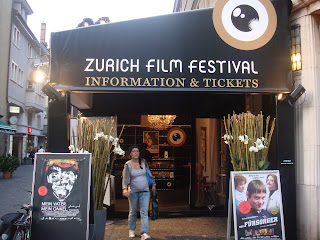 A waiter from the first restaurant in the lane (Marketgrasse) grabbed us with the same alacrity as the boys at the Juhu beach stalls and convinced us to sit in his Swiss restaurant or beer house. 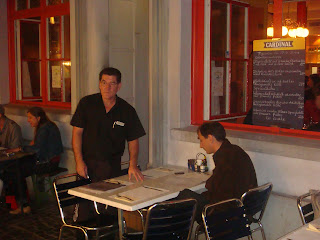 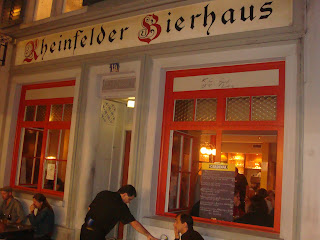 He recommended the most expensive dish ...veal with roesti. But Shivani had recommended this dish with a guttural, unpronounceable name too. K really loved it. It was the end of the trip. And our last couple of meals had been at Mac Donalds. 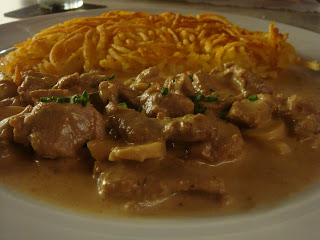 I finally had the only Swiss dish that I hadn't tried, Cordon Bleau (pronounced 'blah', I am told)... pork stuffed with ham stuffed with cheese wrapped in bread crumbs and deep fried. Comes with a statutory health warning.

It was a bit too dry for my taste. 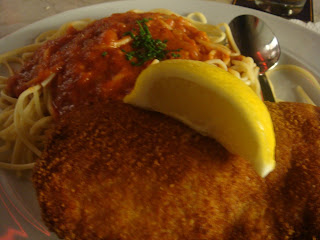 But still nothing could beat the romance of sitting on a quaint lane and having dinner by candle light on our last night in magical Switzerland. What a finale! 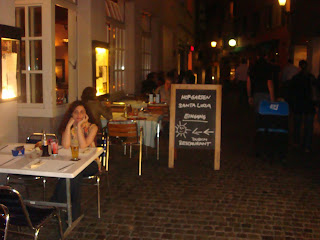 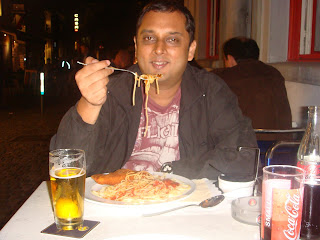 Miri said…
What a beautiful evening that sounds like - perfect ending I would think. And that Raclette - man, pure pleasure on a plate!
8 October 2009 at 09:50

agent green glass said…
nice. and i love the header picture. you could start doing food photography btw! lucrative profession too!
8 October 2009 at 12:28

Supernova said…
Hello, enjoy reading your food blogs. The candlelight dinner in Switzerland must have been blissful (except for the bill perhaps?!). The veal with roesti sounds tempting. :)
9 October 2009 at 12:26

AGG...if you are not just being polite then I will begin to levitate. very cool coming from someone with your design sense. Am still grappling with issues such as flash vs no flash, macro vs perspective and how not to get to divorce because she has to wait while I click

Hey Supernova...thanks, the bill wasn't blissful but was too heady on Switzerland. Our last 3 nights scrounging at Mac D Helped
9 October 2009 at 16:33