on November 23, 2009
Last night couldn't have been scripted better by Bourdain. An impromptu meet with friends. A rock concert by the sea at Carter Rd with a girl jumping like there was no tomorrow as she belted out her heavy metal. A quick retreat to the food festival at Bandra Gymkhana. A change of scene with families dancing to a band singing Susanna. The Wife rushing back from work at the promise of roast pork. Whipping the cabbie to fly across town. Stalls of Just BBQ, apparently the only gas barbecues in India. And Cambay Prawn stall with fliers proclaiming that prawns weren't injurious to health. Bandra restaurants - Lucky, Kwik Wok, Kareem's, Cafe Goa Stalls. All ignored for the Bandra Gym Club Food in the corner. Sexy Naughty Grilled Pork sausages. Chicken sausages? What's that? Sorpatel, which was, well not quite Sorpatel, and a bit salty too. Meeting Sannas, the Goan soft bread which looks like idlis, for the first time. Helped cut the acrid Sorpatel taste. Roast Honey Pork. The diva of the evening. Three plates and still didn't seem enough. Oodles of fat, more sinful than Kamathipura ever could be. Each bite was a lifetime of joy and happiness. Stalls manned by the affable Mr Jonas and his hard working boys. And a bar where beer was almost cheaper than it was in shops. Peals of laughter as tummies became round and happy. Memories of Mithunda songs and B grade horror films exchanged as taste breakers between courses. A change of scene to Amore for Gelatos. Icy desserts which helped cooled down the steamy passion of pork. We Celebrated Bandra. And how! 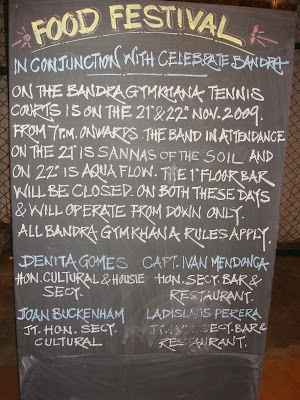 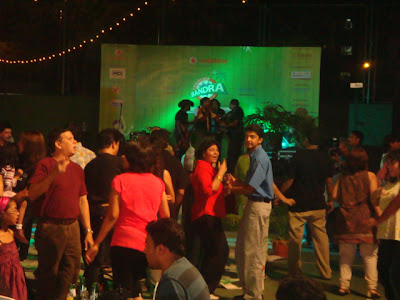 'Alice, Alice who the HELL is Alice' 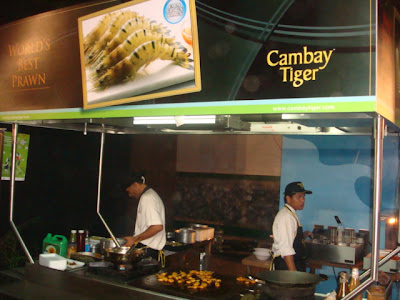 'Prawns are good for the health' 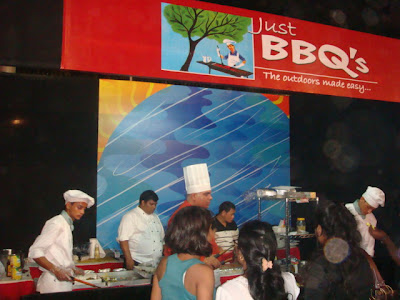 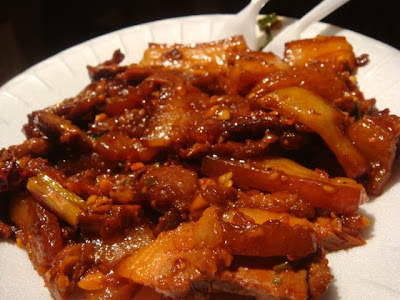 Honey roast pork... Whatever you do, wherever you go, I'll be right here waiting for you 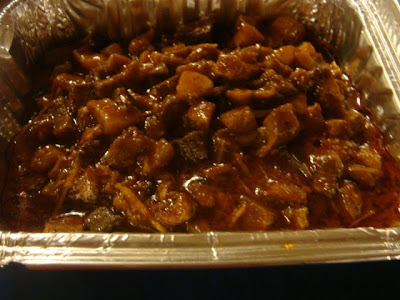 Sorpatel ... rubbing salt into our wounds. Didn't have the sour bite of toddy 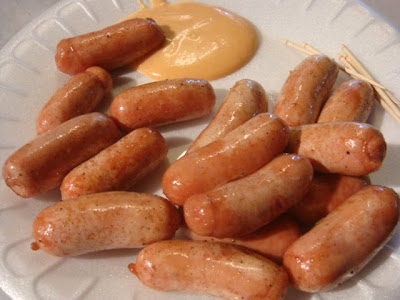 Try asking for chicken sausages in a Catholic Club 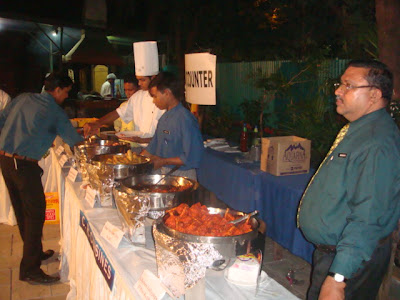 Mr Jonas keeps an eagle eye. The food was hot and fresh and ample thanks to him. 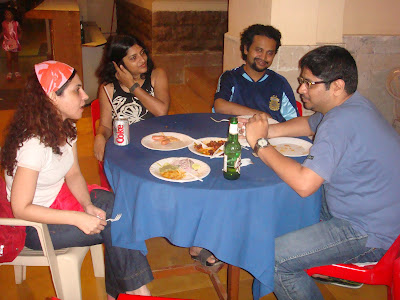 Debating over their favourite Mithunda song. For the record, the beer was the photographer's 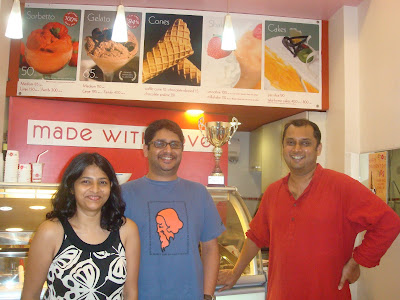 And finally some gelato to calm down our passion for pork

OK here's the bad news, the Bandra Gymkhana food festival is now over. But don't jump out of the window! There are Neighbourhood Food Festivals on 27th (St Annes Church Road) and 28th November (Mt Mary Steps) at 7 PM

Bong Mom said…
You guys always have too much fun. You look really fit, eating all that grilled fish instead of fry must have helped :)
24 November 2009 at 01:58

Soma said…
Those cocktail sausages remind me of the sausages we would get from New Market, Kolkata. haven't had them in a long time and no western sausages match up to them.
24 November 2009 at 09:32

Sharmila said…
Am going so green that I might be mistaken for a traffic signal now. ;-)
What fun Kalyan! And all that food ... reminded me of durga puja time. I have tried pork when I was staying with my mama for a while .. maima made awesome chilli pork. Don't know if I can run the risk of mentioning it to my pure veg brahmin hubby now. ;-)
24 November 2009 at 11:00

Magical Homes said…
oooh. I missed this. I was at the bandra fort amphitheatre watching a group called Raghu Dixit Project. Awesome performance. Am planning on catching the usha uthup show on friday and maybe the neighbourhood food festival at Mt Mary on sat.

this is just to tell you that i hold you responsible for my violent mood swings.

Let me explain. Every time your header picture flashes in front of my face, my mouth starts to water like a leaky tap and i want to jump up and start eating the picture.

Second, then I read your post, and find out that while I was mesmerised by shair n funk at the promenade, their was pork and some super cool dancing at bandra gym.
Now I want to throw myself out of the window.

Then I reach the end, and realise there is light at the end of the tunnel. 27th and 28th will find me stuffing my face. Now I want to rush out and hug you.

Soma, imagine my plight when I came to cold cut less Calcutta as a seven year old. my Dad would occasionally get stuff from a place called Happy Season at Jodhpur Park. Close to Jadavpur thana. So different from UK & Iran where I had come from. And the primitive ice creams and no Coke or Pepsi. Quite a culture shock

Sharmila...Durga Puja is all about being with good friends. This was such an evening. Pure veg husband? So who eats all your fish curries and stir fried chickens?

MD, you must catch up on the nieghbourhood food festival. Wasn't too good last year. So can only get better.

Jessica...maybe you can hitch a ride back with our Prime Minister who is at Washington DC LOL

Hey AGG and no longer Mystery Lady, our common acquaintance always wanted to be shrink. I can get her to give you a good price.

Hope you can make it for the second innings.

Now I understood what the Great Nephew says. If you stuck with your own kind, the Bengali Manush, you would have had some great food instead of Funk.

Kalyan Karmakar said…
Well K I am in two minds. The Big Momma pork roast has something going for it too
27 November 2009 at 14:03