A very nice lunch (cabbage with fish head, rui kaalia and chicken curry and mishti doi) at my Boromashi and Mesho's and I headed to the South City Mall again. 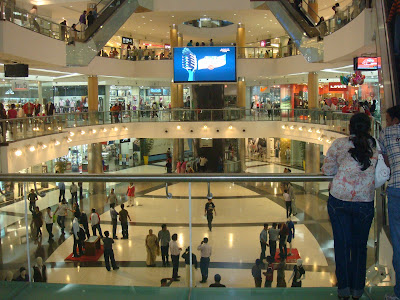 I was catching up with my friend, J, from the 92 - 95 batch of Presidency College, a vintage year. 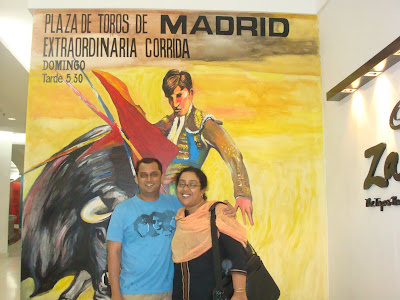 I took the opportunity of waiting for her and had some phuchkas outside the mall. So now I have rolls, mishti, Flurys, dalmut and phuchkas ticked off from my Calcutta 'must eat' list. Which is probably a good time to slip in the fact that I decided to skip Mocamboand its Fish a la Diana which is a big part of our must eat list. J & I went to Zara at South City instead.

Zara is a Tapas bar. It has nothing to do with Tapas Pal the very unlikely chubby, curly haired matinee idol of Bengali cinema in the eighties. Tapas is a Spanish concept. J, who is a professional journo, informed me that Tapas is Spanish for 'lids'. They apparently are starters which are placed on your drink as you nibble on them.

Zara had some nice Spanish posters in tribute to its roots. The pub was fairly modern otherwise with its chrome decor and fluorescent blue lighting. 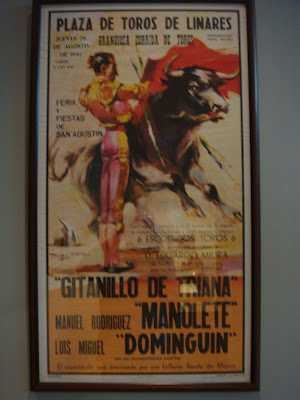 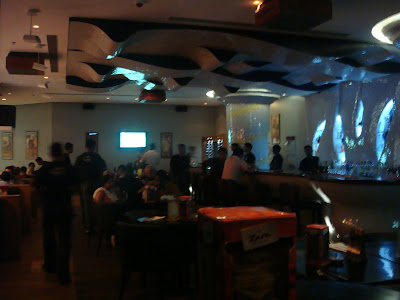 The music was a bit too loud for two thirty somethings catching up on gossip and shared memories. J and I both felt that there is a huge untapped opportunity for lounge bars/ pubs with muted music where you could hear yourself talk. 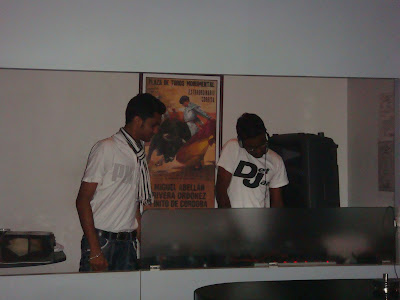 Ironically Wikipedia says that the purpose of Tapas is to facilitate talking so that people don't have to concentrate on their food.

The place was too uber cool to have a staid drink and I went for a cocktail. I must say that they did a potent job with my favourite long island ice tea.

We tried a manchego cheese and serrano ham briscoto. The cheese was wonderfully strong and had a nice crusty texture. The sorrino ham was described as the ham of a 'white pig' and was quite a calm counter balance to the Flamenco'ish cheese. 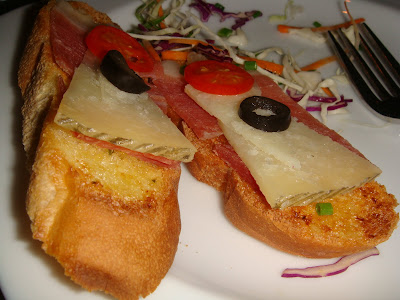 We then decided to get more bang for our buck and had a nice, well flavoured, slightly tangy lamb strogannof with rice. 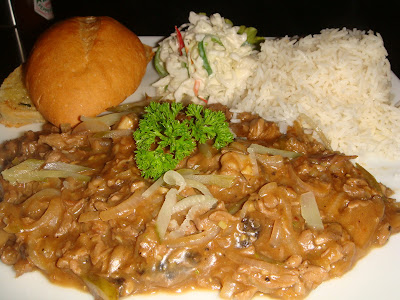 I was quite surprised to see the place get empty by 11.30 ish on a Saturday night. It was a place one could simply describe as 'cool' after all. I guess Calcutta still sleeps early.

J told me that it was expensive for Calcutta. Though our evening would have cost probably slightly more at an equivalent place at Mumbai.

And, as in Flurys and Benjorang (a sister concern) earlier, the service was very competent, well informend and friendly ... the new face of service in a traditionally grumpy, socialist but food obsessed city.

Note: My mom's closing words to me tonight were 'close the windows, it will get cold'

Must credit my brother for recommending the place

Gia Fernandes said…
Looks like all the places that did well in Madras are now in Cal. Zara's used to be a favourite watering hole after work. It was on the steeper side though, and yes, any place is cheaper than Bombay :-)
You're having a rollicking time, I see. Are you planning to come back, at all?
1 November 2009 at 11:15

Scarlett said…
Zara is high on my list of recommendations too. They originally started in Chennai & are owned by a friend of mine, so when I went there first, they gave me free starters! And I love their Strawberry Cocktail. They make it with Strawberry Crush for me instead of Strawberry Infused Vodka that they generally make it with..but there's another story!
1 November 2009 at 11:32

Kalyan Karmakar said…
CC seems like India is divided into Mumbai and the rest. I am back and cooling down. Decided to skip a whiskey tasting invite last night to a cosy evening at home

Scarlett... free starters at zara is awesome. I wanted to try so many things. We had an apple vodka breeze which was nice. Apple tea like, not overly sweet ... with a kick of a mule

Arundhati...i can imagine...I don't go too many night lubs now but this looked cool