I have never been too satisfied with my pasta photos at home. I tried to style it differently this time by making a little mound rather than spreading it on the plate. I took some pictures under regular yellow bulbs and some with the flash. The only problem was that I could not decide on which was better. What do you think? 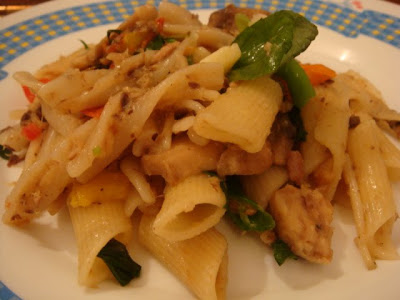 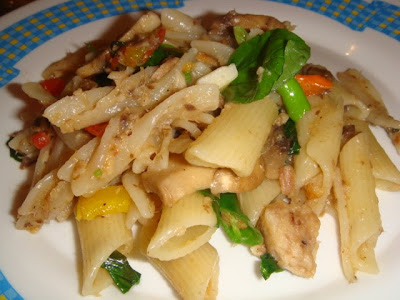 Well I did say I was going to make a quick fix pasta and I just did. I admit that I played around a bit with my recipe, Sardinia. But that's fine. It was my recipe to start with. I drew inspiration from the lovely pizza called Da Vinci which we had at the Ristorante Pizzeria at Montreux and Zurich. Now the crux of the Da Vinci was that you were able to taste each individual ingredient as they come together as one happy family in your mouth.

So here's what I did with the excellent tinned sardines that I picked up at a Migros store at Switzerland. 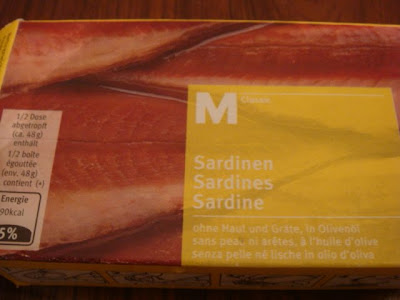 Sharmila said…
The 2nd one for me. :-) Loved that grilled bhetki too .. I just pan sear them and toss some salad on the side. The sauce sounds great! Got some good rui and tayngra last evening ... so it will be some good dal,bhaat, maach today(am so happy getting the fish couldn't help sharing the news here). :-)
8 November 2009 at 08:55

Kalyan Karmakar said…
Somoo, Sharmila that's a tough one :) see the pics that I took with my new lamp..

Sharmila, pan searing bhetki is a good idea as it is so delicate. But grilling avoids oil.

Look forward to your rui and tangra tales. Have you ever tried steaming rui? My worry is that it is a bit too thick for that
9 November 2009 at 00:30

Jessica@Foodmayhem said…
I think the second one is better white balanced but you can tell flash was used. Try diffusing the flash. It does look tasty!
9 November 2009 at 04:33

Miri said…
Fresh basil does it for me everytime! I can just imagine how divine this dish must have tasted....

I have a white light lamp and that works best for my night shots (without flash). Or I keep a portion aside to click in daylight the next day.
9 November 2009 at 09:57

k said…
Now that sardines are available next door, I hope to see this pasta more often on my red and white plate:)
9 November 2009 at 19:42

S said…
Hi...I loved the first photograph better. More of the "home" feel to it...like what hearty home cooked Italian food looks like in my mind :-) and am sure it lived up to the description too!
10 November 2009 at 14:28