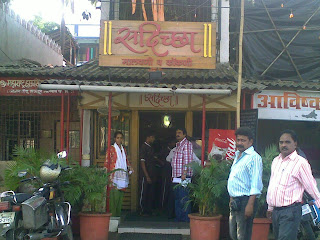 I wrote about Sindhudurg sometime back as a favourite lunch place when we were at Bandra or Andheri East on work.
Some folks had suggested a place called Sadicha just beside it as a better place for Gomantak food. Gomantak is a sea food based cuisine from the coastal border of Maharashtra and Goa.
We went to Sadicha today as Sindhudurgh was being renovated. Sadicha is more popular, more packed and non air conditioned. Prices are close to Sindhudurg though. It is a narrow restaurant with tables packed in. Service at both places is fairly courteous and the waiters are knowledgeable and efficient too. 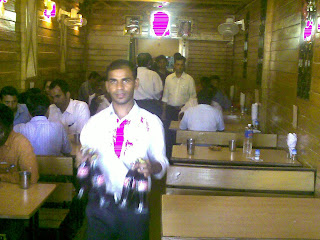 We started by a fried Bombay Duck or Bombil. A slithery fish (not a duck) deep fried in a gossamer thin batter.
Imagine that you are standing on the beach. Your toe slowly digs into the sand. A wave slowly comes onto the beach encircles you and then slowly pulls back leaving your feet nice and wet, washing your worries away.
That's pretty much the experience of having a nice Bombay Duck fry. A bite into a thin crisp batter followed by a gush of soft, floppy, slobbery kiss-like fish. A heavenly experience which the Bombay Duck at Sadicha lived up to. 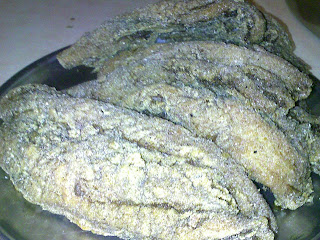 I had a fish thali - roti, thick rice, sol kadi (the local digestive drink) and pomfret in a yellowish, coconut milk, light gravy which the waiter described as 'Goan'. The fish was not memorable. Nor was it a disaster. It was passable but wouldn't be the sort that would call out to me years later. 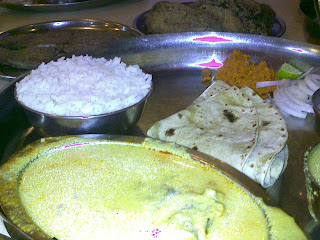 My colleagues had chicken sukha (dry chicken in dessicated coconut and spices) on my recommendation and seemed to like it.
For desserts I recommended Kharwas to one of my lunch mates. Kharwas is a dish with the consistency of caramel custard with an Indian mithaish taste. It is apparently made with the first milk of a cow. My friend quite liked it and kept admiring its lightness. 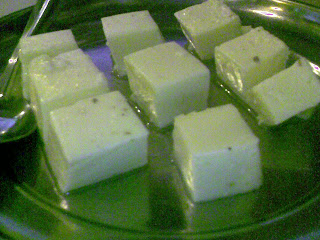 I had another Western Indian (Maharashtrian/ Gujarati) delight called Shreekhand. Imagine a very thick, very sweet yogurt and you have an idea of what shreekhand is. It is very filling and leaves you with a happy feeling. A bit like an adorable, chubby baby tugging at your fingers waiting to be picked up and hugged. 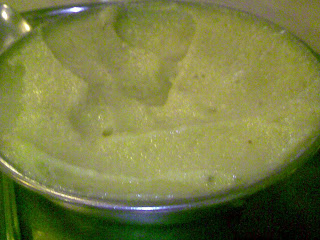 A nap back in the car was just what the doctor ordered.
Would I choose Sadicha if the option of Sindhudurg was there?
Possibly not.
lunch Mumbai local seafood

Anonymous said…
Kalyan, though am not a fish eater, your post makes me want to try bombay duck...maybe the next time i am in bbay I will....

Rahul Ghosh said…
sadicha is nice. been there. though, if i am in bandra east looking for fish, i would go to highway gomantak...
7 November 2009 at 14:29

Rahul, must confess that I'd gone to H G 8,9 years back. The problem with H G is that it is too popular. I know that sounds strange. But H G is where I first headed after I switched jobs and had clients at Bandra E and Andheri E. Problem was that there was a queue outside and didn't work for a quick bite.

Rahul Ghosh said…
how about Jai Hind? And I mean the one at Parel and not the one opposite Kamala Mills...

Kalyan Karmakar said…
Rahul there's a trimmed down Jai Hind outside our house too. Am a big fan of their bombils stuffed in prawns. here's an old post on J H http://finelychopped-k.blogspot.com/2009/01/spicy-but-defintely-not-fishyjai-hind.html
8 November 2009 at 00:34

Unknown said…
I have been here! But there was no Bombil that day.... I feel one has to acquire a taste for the sol kadi and its pink colour.... But I loved it after the first few sips.... at last I know a place u mentioned!! heee

Kalyan Karmakar said…
P N A....just love Bombil Fry, its so sinful. Hope you get lucky the next time