Where have all the Sorpatels gone ... searching for Goan food at Bandra

on November 29, 2009
I wrote about the lack of Parsi and Bengali restaurants at Bandra a while back.
But what about paucity of Catholic, Goan and East Indian places? These communities form the core of Bandra. The secret behind, I strongly believe, Bandra's cosmopolitan and all encompassing nature. 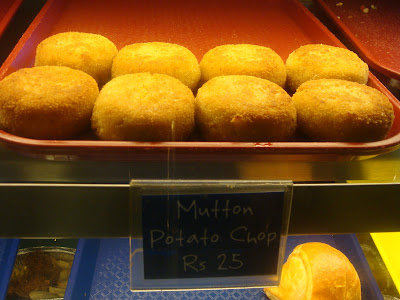 Your best for Goan food would be Candies with its mutton and vegetable chops. Mutton and prawn puffs with East Indian Masala. Its roast chicken and the slightly rare, but very good and authentic, sorpatel. Still Candies with its Ham and cheese sandwich, Sushi, Thai Curry, Hot Dogs, Rendang, Lasagne and Dal Makhni strikes me more as a World Cafe than a Goan place. And they don't have Goan Sausage fry or Vindaloos! They occasionally offer Goan prawn and fish curries though. 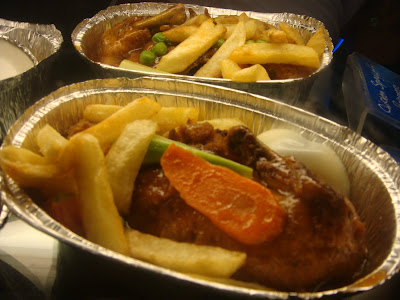 Then you have a couple of places near Holy Family Hospital at Hill Road. American Express, which is actually more a sandwich and pastry place. And Hearsch's which has one East Indian masala based vegetable (!) roll. Rest of its menu consists of anonymous biriyanis, burgers, chicken lollipops, mutton samosas and Hakka noodles. 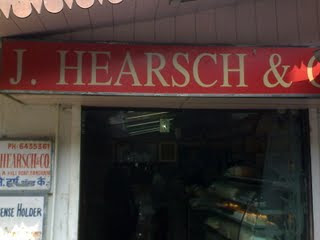 There is a place called Andora close to that area. I believe that the fare is similar to Candies. Never been there myself. Any reviews folks?
There are couple of new Goan restaurants close by. One is Simply Goa at Khar. The menu here is limited but didn't fail to disappoint us on both our visits. The other one is Cafe Goa, a place that seemed to be desperate to cash on to the allure of brand Goa, without being the real Mc Coy. All glamour and no Goa.
As far as I know the only place to get Pork Sorpatel, apart from Candies, and Vindaloo at Bandra is Jude's Cold Storage at Pali Naka. They keep frozen home made versions of these which you can pop into the microwave and eat.
Most cold storages keep Goan Sausages. If you want to have them, buy some, and fry them yourselves. If you are nice K will share her foolproof recipe with you. 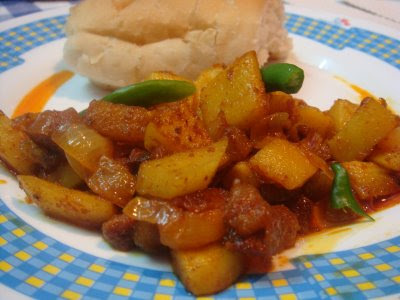 Or head to Martin's near Strand at Colaba. The Beef Steak Fry with onions, Goan sausage fry and Pork Vindaloo there are highly recommended.
Post Script: Suggestions and tips on where to get good Goan food or East Indian at Bandra are more than welcome
Bandra Bites From the hip Goa Mumbai local Woes

Gia Fernandes said…
Bandra is predominantly East Indian Catholic. For Goan food you have to get out of your posh digs in Pali Naka and head towards the old Bombay, the real Bombay - town!

There's Snowflake in Dhobi Talao (near Metro, the lane opp Kayani) and City Kitchen in Fort (near Bharat Lunch Home), but these places are open only during the day. There used to be another great place called Vienna, also in Dhobi Talao but I think it's shut now. New Martin's in Colaba you already know I suppose.

You can also get great Goan food in Wadala but the owner is very moody and unpredictable. So you have to wait to be invited, and it sometimes takes years.
30 November 2009 at 20:47

Abhishek said…
I used to goto Andoras when I was doing my undergrad... Its very similar to Candies or Hearsch but I used to love their Chicken Fried Rice.. it was awesome and one of the best I have had at a non-chinese place. But that was about 6-8 years back. Dont know how much would have changed :)
30 November 2009 at 23:25

CC, at the risk of starting a race riot, what's the difference between East Indians and Goans?

Old Bombay is full of these treasures. Must start exploring them again. Martin's thankfully open at night though the steak fry gets over by 9.45 PM.

I have heard of the Minstress of Spices at Wadala. Heard she's turned into a baker though.

Gia Fernandes said…
Goans are from Goa. You mostly know the Catholics but they are, in fact, a minority compared to the Hindus there.

East Indians are the original inhabitants of Bombay along with the Kolis. They are a Catholic community, converted by the Portuguese. But they are called East Indians because during the British rule most of them used to work for the East India Company. They speak a dialect of Marathi, but I don't think the ones in Bandra do now. They are quite Anglicised. You can see the traditional East Indians in places like Vasai, Gorai etc.

The East Indian cuisine is similar to Goan food as far as the Portuguese influence is concerned (use of vinegar and such). But they don't use as much coconut as they Goans and the cuisines are quite different and can easily be told apart by the discerning palate. Both communities make sorpotel and they do taste different from each other... Even the Mangloreans have their own version.

Basically these are all the Catholics converted by the Portguese in Goa, Mangalore and Bombay. So while there are similarities in the European influences, each community's cuisine can be identified by their local qualities.

Re Andorra - not sure if it's Goan or East Indian but it's largely a snacky place. I used to go there years ago and they had awesome puffs, patties, rolls, sandwiches etc. It's a small place and I don't know how the food tastes now but it was really good back then. Candies is similar but has a lot more variety and has grown over the years. Andorra is still a hole in the wall I suppose...
1 December 2009 at 00:23

Gia Fernandes said…
And the Mistress of Spices has not given up cooking, she's just adding some spice into the world for baking now, or so a little birdie tells me.
1 December 2009 at 00:26

Scarlett said…
I've had Chinese food from Andora. It was really good. Haven't had any of their baked stuff but I've heard they're decent - just that the ambience isn't very good & the service can be really slow at times.

Martin's is nice but I'm surprised to hear they're open past 9.45! I thought they give you horrible looks if you enter past 8.30. At least that's been my experience. Their pork vindaloo gets sold out very quickly.
1 December 2009 at 11:35

Gia Fernandes said…
Contrary to popular belief, Soul Fry is NOT a good place for Goan food. It's not consistent and often not authentic. They once served me fish curry with stale pieces of fried fish in it. When I asked why, I was told that "it takes too long to cook otherwise, this is quicker." Needless to add, I have not gone back since.
1 December 2009 at 14:39