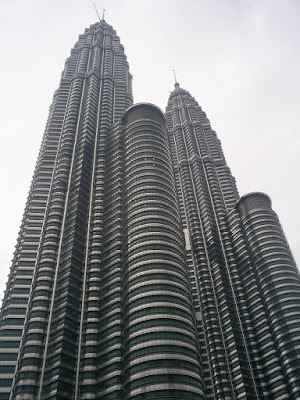 Simon Majumdar in his book "Eat My Globe'' writes about chucking his job and 'going everywhere and eating everything'. Inspirational?

Don't you hate it when you write a long, heartfelt, possibly witty post and then ... poof. You press the wrong key and the page disappears into a black hole. It happened to me a few hours back. But here I am again. Pounding away ...

I was a bit superstitious about writing this post till I got my visa stamp. In retrospect, I wonder why. Everything has worked out so magically so far.

A sudden work trip to Singapore. A friend, whom I had barely met, upset that I had called Singapore a food capital. Determined to show me the food wonders of KL to wash away my tepid memories of the city and the country. 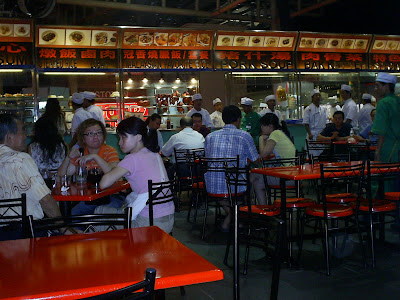 A joint search for cheap air flights. Then the discovery that I could go to KL at no extra price over my Singa ticket. Not enough time for two visas? No problem. Turned out that my last Singapore visa was valid for two more months. KL visa could be delayed because consulate is Delhi? Pshaw. There is a new consul at Mumbai two streets away from our home at Bandra. Getting the Malaysia visa turned out to be no hassle. I did it myself at Rs 750 (15 USD) versus the Rs 3000 (60 USD) which the travel agent wanted. I thought I would miss getting the visa today as I was stuck in the mother of traffic jams while returning from work. I reached fifteen minutes after the consul closed. They gave me the visa. Without a fuss. Didn't I say that everything so far has been magical?

So this is the cast ... Arindam, and his wife Sasha, who have thrown their house open to me and have planned the menu well in advance. An old friend Bipradeep, whom I managed to contact after ages. Another dinner with him and his family in KL fixed up. And a few hours back a friend of mine from junior school, now in the UK, got in touch with me on Facebook saying there is another food enthusiast friend of hers who is now at KL. She has offered to connect us.

Look like this is going to be some trip. Is the Food Channel listening?

So back to KL it is. A city I hope to taste in a new light. A few chins more than when I last went 2006. Unfortunately without the wife joining me this time. 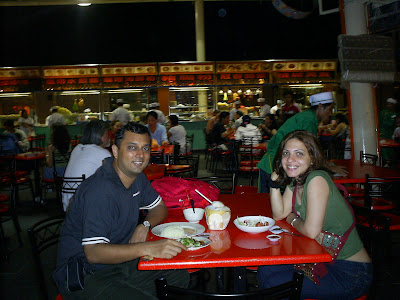 I leave on Tuesday night for Singapore via K L. I will be at Singapore till Friday on work. Then off to KL to eat and back at Amchi Mumbai on Monday night. With many posts in between hopefully.

On second thoughts, I think this post is tighter and flows better than the original one. But then I am half asleep so don't go by my words.

Simon Majumdar reverted to my comment on his blog and wished me a good trip of KL. This makes him officially the most famous person to have replied to a comment of mine.

Hermano 2 said…
I don't think anyone has ever called me famous before!

Enjoy KL. It was, in my opinion, one of the great eating stops of my trip. Far better IMHO than Singapore, although that view does infuriate some folk rather a lot.

Thanks a ton for writing in. Someone pass me the smeeling salts :)

I had really enjoyed your book and could connect with a lot of what you wrote.

My friend Arindam, whom I am staying with, shares your views on KL. I look forward to being proved wrong by both of you.

sayantani said…
Hi Kalyan, am sure you gonna enjoy your gourmet trip this time. Recently Hubby was in KL and he went all ga ga over the food, which is quite unusual as he is not a very foodie kinda person and for the first time he cared to bring some cooking items from there. that never happened in any of his abroad trips. so enjoy your stay and have fun
13 January 2010 at 01:23

Kalyan Karmakar said…
Hey thanks Sayantani..your wishes worked, I had a great time this afternoon. Day ended with the hotel buffet though :(