on January 27, 2010
I landed at KL and told Arindam about my Char Siew tales from Singapore. Now Arindam's whole purpose in life was to show KL to me in its full glory. "Pshaw" he said. "Char Siew is fine but what you should have is Siew Yoke".

Then there was a dilemma or shomoshsha as we say in Bengali. I had left my hosts with five meal opportunities. Within that they had planned Lucky Garden for Chinese, Chilly Pan Me, frogs and Siew Yoke at Jaya Palace. We reached J P too late for lunch as I woke up at 1 PM. Siew Yoke was over. We had to 'settle' for suckling pig. More on that later.

That's when we needed the wisdom of a woman to break the detente. Sasha, Mrs Arindam, said that we should have Chilly Pan Me together, as it was a KL speciality, on Sunday. She offered to take me on Monday for Siew Yoke. Arindam finally began to breathe again.

So off we went to Restoran New Restaurant Ipoh Chicken Rice at Mid Valley, KL for my last meal on Monday. 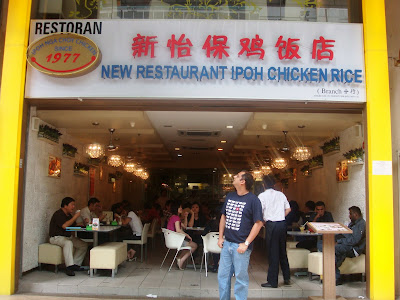 Turned out that I was in very good hands. Sasha knew exactly what to order and could match her hubby dish to dish. And then she took me to Watsons and Carrefour to shop for home. No man could match that. Arindam would be as useless as I would be in the circs I am sure. 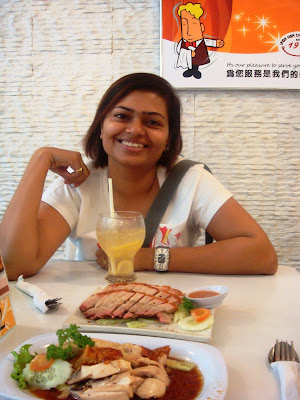 The legendary Siew Yoke appeared. It was everything the Chatterjees and DGs promised and more. Pork cooked to a surreal level of perfection. Skin, fat and meat coming together in the greatest symphony known to mankind. A taste which stayed with you well after your meal. The fact that such an apparently dry dish could be so delectable is a lesson in culinary excellence. 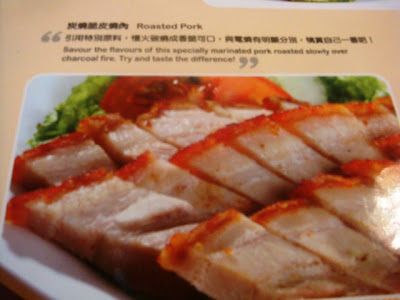 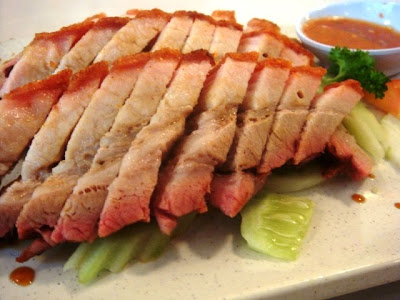 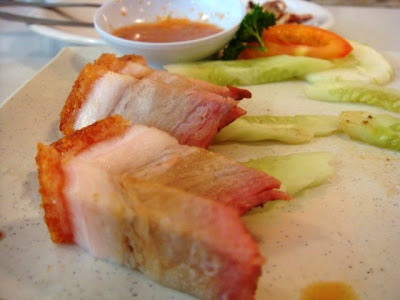 And then came the legendary Chicken Rice. Singaporeans claim it to be theirs. Sasha says the ones at Singapore are pale imitations. I have had it at KL before. A poetic dish of the most tender chicken possible. And the rice is made in chicken broth. The result is a rice which looks insipid and yet is so well flavoured that it would have a Mughal Emperor agree to give up his empire for it.
Sasha said she could make a meal out of chicken rice everyday when she is at work. I came back and had a butter chicken and rumali for lunch on my first day at work at Mumbai. As I waded through the oil and red colour I knew exactly what she meant. 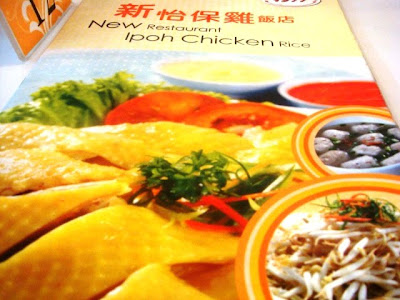 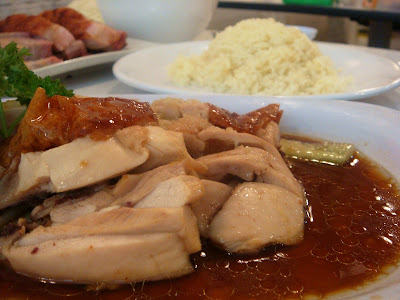 What a meal to end my KL trip with! I left KL with a whole new view of the city. A picture which was hidden to me as a tourist. Brought alive by two immigrant ambassadors of the city. I stepped into my flight thankful that my visa was a multiple entry one. There is much more to eat I am told. 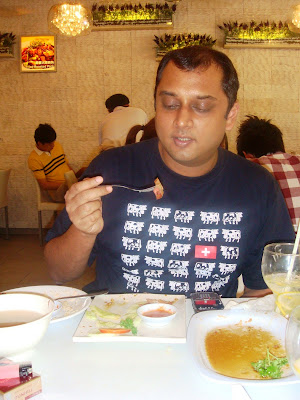 Note: This is not the last of the KL posts. I will alternate between KL and India posts now that I am back.

Jessica@Foodmayhem said…
So envious of your culinary travels! I need another vacation!!
29 January 2010 at 05:13

Miri said…
Try the butter chicken recipe I just posted - you won't go back to the restaurant :)

I can't eat pork (poor digestion issues) but even I could appreciate the amazingly tender cuts in your pic!
29 January 2010 at 11:50

Kalyan Karmakar said…
Jessica this was particularly special as I had gone there to eat :)

Miri, that's sad. Of all the meat that I have had, pork tastes the best. I know that it is insidious too.

I will def check the recip as I am on the lookout for chicken recipes. Made my 5 min of effort, oil free chicken rezala curry yesterday. Can't tell you how good it turned out and the aroma wafted through the hous and made K, who was walking, hurry back
29 January 2010 at 13:43