on January 14, 2010
I visited the East Coast during my last visit to Singapore in 2008. A local Singaporean had taken us to this recreation area close to Singapore's Changi Airport. East Coast is away from the hustle bustle of downtown Singapore. Open expanses, jogging tracks, play areas, the sea and of course the fantastic food court that he took us to make up the East Coast.


East Coast has a number of restaurants too. From a McDonalds screaming out sausage McMuffin to a Korean Joint to a number of neon lit local seafood restaurants.

We went to one seafood place called the Long Beach Restaurant tonight after our workshop. 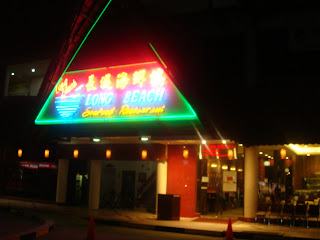 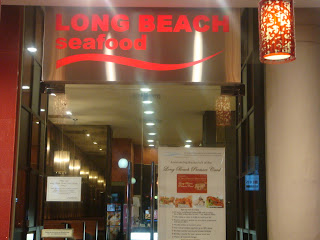 The plot is very simple in these restaurants. You start off by paying your respects to the family of your dinner. 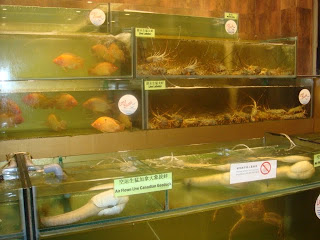 The wonders of the deep blue sea on display would make any card carrying Bengali or Malayali break into a big, hundred watt smile. 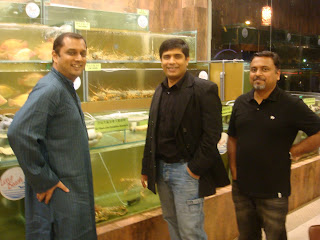 Not the place for those who chicken at the thought of eating fish. They do get you some meat if you ask nicely and have a charming smile to go with it. 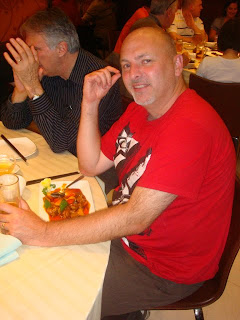 Dinner consisted of an amazing catwalk of beauties from the sea.
There was shark fin soup for all of us who were traumatised by the movie Jaws while growing up. It reminded me of the crab meat soup of 5 Spice back home. 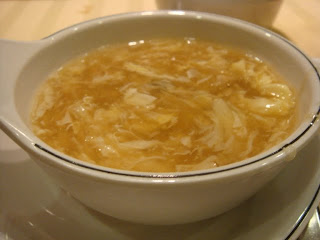 Baby squids, which seemed caramelised, compared to 'fingernails' by the piscephobic member of our table. The taste was similar to the sauce which comes with 'khimchi salad' in 'Chinese' restaurants in Mumbai. 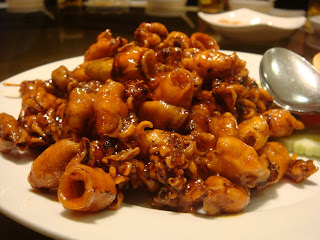 There was the customary banana leaf baked dish typical to coastal regions across the world. Bengalis have the mustard sauce based paturi. Parsis have the green coriander based patrani. The fish here was mashed and served in a pate like consistency. The spice had a slightly tonadoori'ish touch to it. A colleague from K L said that this dish was a speciality in K L. If so, the Malay origins possibly explained the slightly Mughlai (Indian Muslim) taste to the dish. 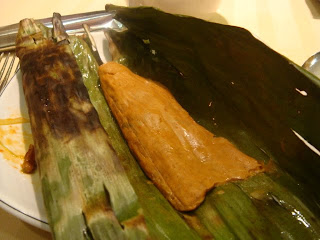 I don't know if you are used to having your food wink at you but the prawns served in a clear Chinese broth seemed to do that. They don't shell the prawns in Singapore. So eating them becomes a bit messy as you have to take matters into your own hands. The little shrimps were quite a mouthful. They were pleasantly fresh and very well flavoured despite the insipid look of the dish. 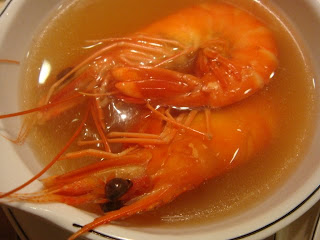 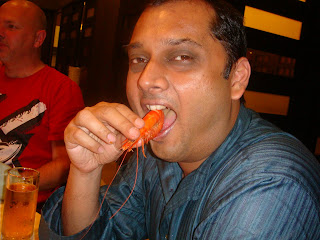 Black pepper crab followed. I must say that this tasted much better than its more famous cousin, The Singapore Chilly Crab. The meat had a nice peppery touch to it. Eating it was quite an experience and not for those with a stiff upper lip. I would still root for Mahesh Lunch Home's butter pepper garlic crab though. 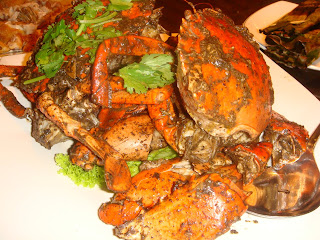 This was served with a sticky, slightly sweet, pleasant chicken fried rice unlike the Chinese buns which go with chilly crab. 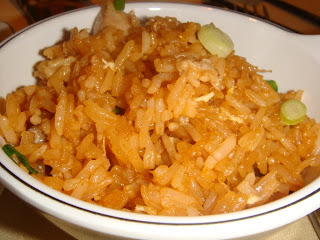 A slightly grumpy looking fish followed which had Angelina Jolie's pout. The sauce was not infused enough into the fish for my liking. The freshness of the prawns and the fish had our colleague from Austria singing in joy though. 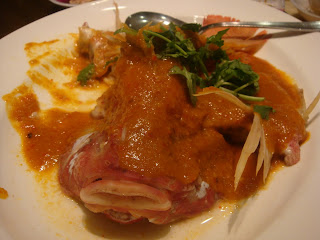 The dinner ended with scariest dish of all. A place of radioactive looking Kryptonite greens. A soothing eco friendly bite after the fish carnage. 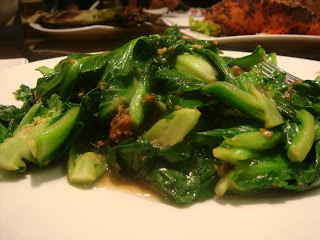 The folks at my table were not used to eating with me and were a bit nonplussed when I began shooting everything on offer. Thankfully it didn't turn into a career limiting move as people got into the mood of things. Or so I hope. 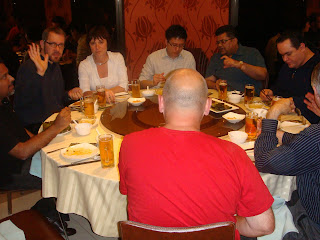 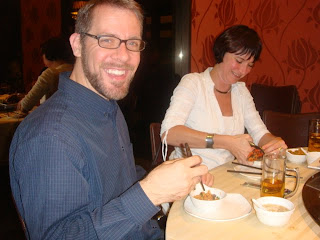 For some the high point of the trip was ticking off dishes such as Peking Duck, Shark Fin Soup and Singapore Crab from their must eat lists. 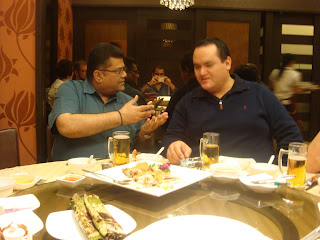 Others were lost in conversations - both face to face and telephonic as we say in market research. 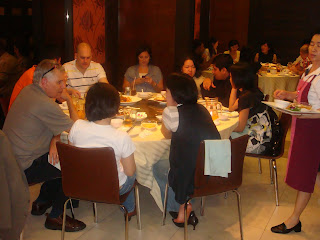 And of course there is nothing to liven a corporate do like a little birthday celebration with Chinese cakes. These pink coloured buns came with a Indian 'halwah' like jelly filling. Seemed more appropriate at Singapore than a Black Forest cake. 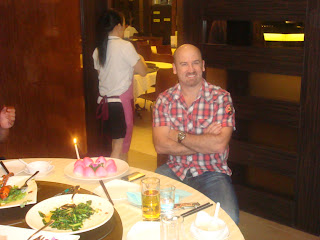 A fitting meal to bring in the last evening at Singapore to an end. Must thank our local hosts who thought of this restaurant for our dinner.
Faraway foods Live from Singapore Oriental Oriental Express 2010 Live

S said…
the food looks absolutely delicious! But what're Chinese cakes? Are they cakes at all or just called so?
15 January 2010 at 19:53

Kalyan Karmakar said…
true and i am not complaining

The Chinese cake is called fertility cake and is like a flour bun filled with a seasoning
16 January 2010 at 21:43