on February 23, 2010
This is a story similar to many that you would have read recently on Finely Chopped. The faces would be familiar too. An evening typical of many evenings which I have spent with some wonderful friends whom I have met largely through the blog.

Plans for a Barahandi dinner. Discovery that the place was not a restaurant. Recce of a new place. Approval. The group expands. And expands.Four food lovers and one who loves food stories. This is the story of my Friday evening. With my favourite people. Doing what I like best. A couple of glasses of Old Monk. A very kind mail just before I left work for the day. The perfect recipe to flambe the end of the week . The perfect recipe start off a great weekend.

Gunmaster Soumik reci'd various options for us and settled on Mosate. Mosate is where Club IX used to be at Bandra's Ambedkar road. 'Eastern', he said, and on questioning, clarified 'Far Eastern'.

We met up there at night. Nice decor. Classy. Mellow lighting. Mighty uncomfortable chairs though which almost made us head for MRIs after dinner. Mosate, according to the menu card, means a 'royal village' in Thailand. The food was from all over the Far East. No pork though. Or frog. The absence of which, specially after my recent trips to Singa and KL, make Far Eastern meals incomplete for me. 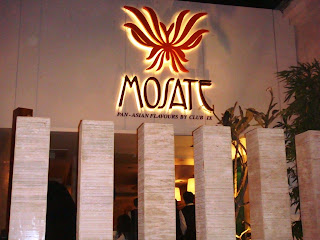 So here you have, the usual suspects. You last saw this group at Baghdadi. Time to call ourselves the 'Finely Choppers'. What say folks? 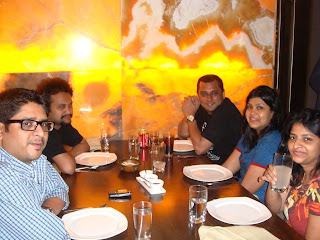 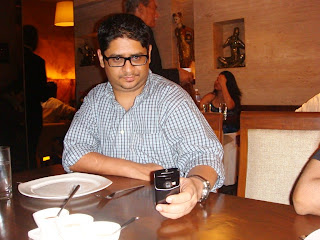 The food had its moments. And lost the plot at times. But the start was exceptionally brilliant. A bit like Ganguly and Tendulkar in their heydays.
We started with chicken steamed in banana leaves. The chicken was delectable which made us food sinners feel good about eating healthy. Sharp bursts of galangal and chopped bird eye chillies livened up the chicken like crackers in the new moon night of Diwali. 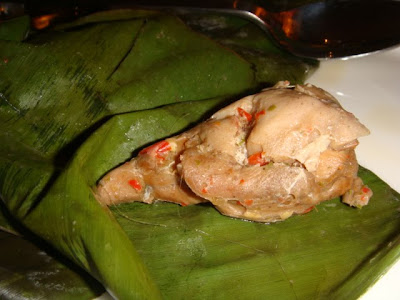 The prawns fried in spring onions were equally sublime. The spring onions patiently and humbly receded to the background as the very very fresh prawns enjoyed the limelight. The prawns were so juicy that you felt as if you were fishing them out of the pond, putting them in a fire beside you and popping them straight into your mouth. 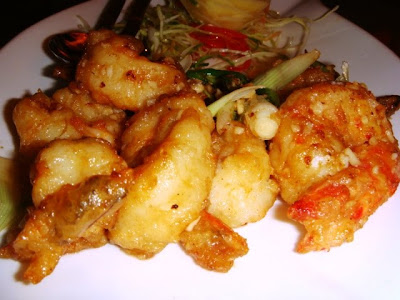 The seafood cakes with a mix of beaten squids, prawns, fish etc flattered to deceive. Food 'story' lover Madhumita had her first taste of squids. Poor girl hadn't had calamari fritters or squid chilly fry or butter pepper squids before and couldn't stop praising the dish. She asked me what my problem with the fish cakes were. 'Flavour', I said. 'And texture'. Must admire her spirit in trying out a new meat though. 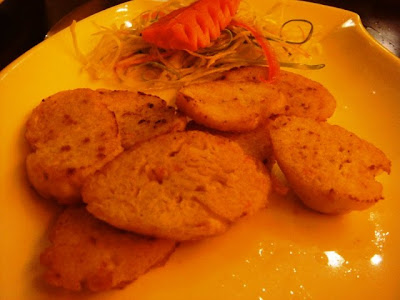 The Burmese flagship dish of Khou Suey came next. A divine delight. Creamy. Well balanced. Elegant and yet warm. Irin, whose grandparents, had lived in Burma, gave it her stamp of approval. 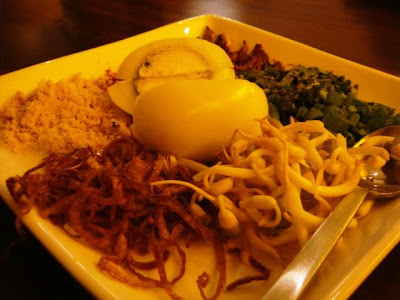 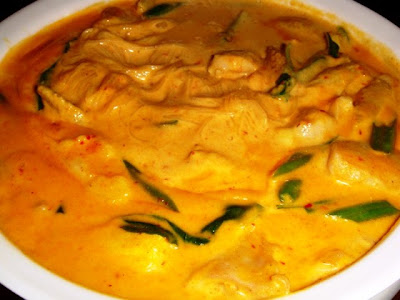 Things went a bit downhill then. 'Stir fry' turned out to be glorified hakka noodles. This worked for me as I prefer firm, dry noodles. But those who had ordered it were a bit disappointed as they expected it to have a saucy base. 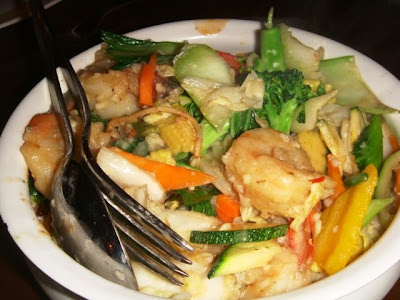 The lamb in oyster sauce was what Jyoti Babu would call a 'historical blunder'. Its looks didn't evoke any reverence. "Dekhe bhokti elona" as we would say in Bengali. The lamb was suspect and tasted like the chicken. The sauce resembled congealed monsoon slush. And tasted even worse. 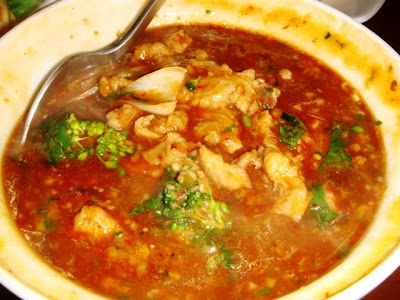 There was a bit of a controversy on the fried rice as the Ghosh's felt that it smelt funny. I thought it was fine and felt that the funny smell was from the messy lamb. Soumik and Rahul had a big debate and they "agreed to disagree" at the end as Soumik mopped up the remaining rice. 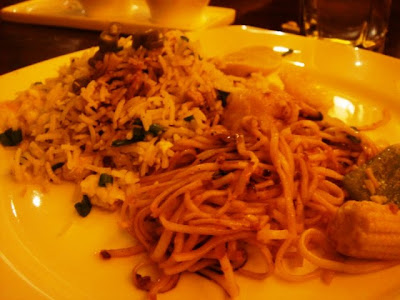 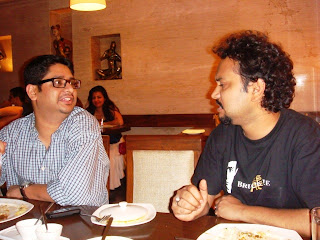 Desserts followed. We called for a platter which we could choose from. They brought a blueberry cheesecake a chocolate truffle and an almond torte. I looked at the selection. Looked back at the waiters. Told them to leave the plate and get dessert spoons as quickly as possible. These were quite tasty and had the only dieter in our group diving into them too. 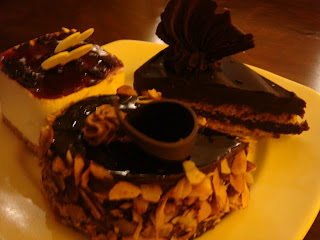 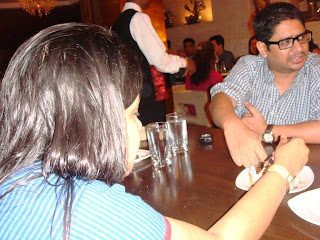 The service was competent. There was an elderly waiter who manged four and a half hungry, noisy, undecided Bengalis with aplomb. Though at times the younger got a bit too close for comfort. Possibly in their desire to pack in as many chairs as possible. Almost felt intimately connected to our waiter at the end. 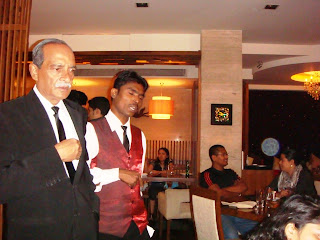 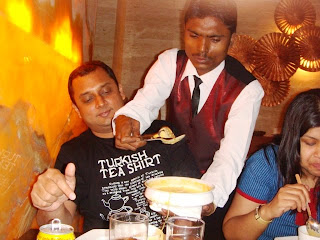 The meal with the odd soft drink and a couple of Old Monks cost us about Rs 600 per head. That's close to Global Fusion. Is the place worth checking out? Yes, I would think so. Though I must say that it was not the sort of place which you began planning to revisit even before you left.

I notice that in keeping with the bong traditions you guys stuck to old monk....just curious didnt they have anything from the 'far eastern' on the drinks menu?
23 February 2010 at 16:13

Unknown said…
OMG, loved the two pics - they told the story without words - the one where Rahul and Soumik are looking at each other while tasting something which clearly does not meet their standards, and the one where the waiter is serving you...ha ha ha :-)uppppph I loved all that I ate that day and thats already showing in those pics
24 February 2010 at 11:42

Pinku...chose the cheapest thing as only I was drinking and didn't want to inflate the bill on my account. They had a well stocked bar but doubt if they had Sakes and stuff