on February 05, 2010
The first time we went to Goa for one of our birthdays was for Kainaz's birthday. It was August. Wet. Muddy. Empty. Depressing. A damp resort. Yet we got addicted to Goa as I introduced K to the joys of Baga in Northern Goa. Our honeymoon a few years earlier was at South Goa.

I am madly in love with Baga. With its balmy laziness. Baga is quite popular and crowded during season. But the much vaunted verdant empty beaches of South Goa are not for us. We want our shacks. The buzz. The madness. The slightly French Quarter crowd of foreigners and footloose urban Indians. The crowd at Baga is clearly different from say a Calangute which is frequented by a more traditional Indian family crowd. There would be many who would turn up their noses and dub Baga as touristy. But Baga works for us.

I had first gone to a Baga a couple of years into Mumbai. With a friend and a Baga loving friend of hers. Then we caught up with more people their and I had the time of my life. Never manged to deaddict myself from Baga.

Over the years K and I have walked every nook and cranny of Baga. Know every trail and turn. Every restaurant. Their menus. We have checked out every hotel. The quality of their loos. Every shack on the beach. The little spot where you can get a bit of peace sandwiched between the White hoards of Baga and the teaming Indian tourists of Calangute. Where to buy medicines. Where to buy cashews and spices. The pyjamas and tops that K buys. Sunscreen. Ice cream. We are the walking talking Lonely Planet Bagas.

We land with an agenda when we hit Goa. We know exactly what we need to tick off our list. Key would be the following:

The above are non negotiable. If we have any meals time left after this then we would definitely like to revisit Casa Portuguesa modelled on an aristocratic Portuguese house for Goan Portuguese food. A discovery from two trips back. People have told me about Martin's Corner, the variety of chillies in Panjim market and a lot of other places to check. But we are creatures of habit at Baga. We wake up. Have breakfast. Loll on beach with our books. Lunch. Sleep. Stroll down the market lanes after a coffee. Have dinner. Sleep. Wake up ... We don't move out of Baga. And thankfully we don't have to hunt for hotels anymore as we are quite happy with Waters which is where we stay now. Creatures of habit did I say? This will be our third stay in the Red Room there. The room which inspired us to have red theme in our bed room.

Here are some photos from previous trips. Food photos and kilos increased as I begun food blogging. 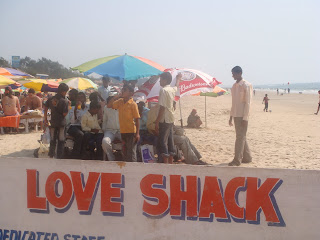 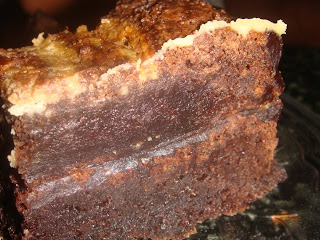 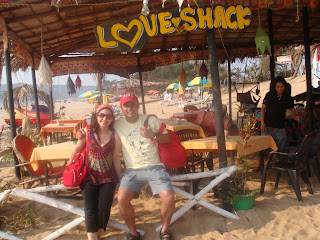 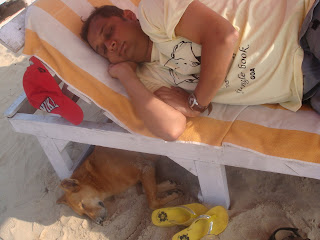 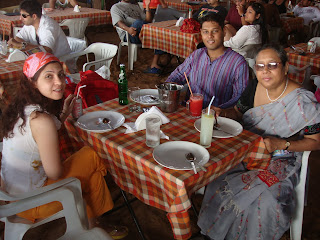 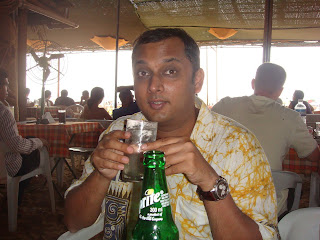 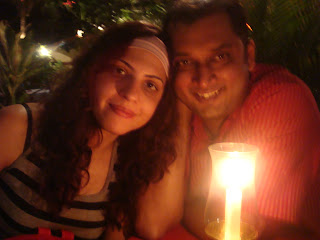 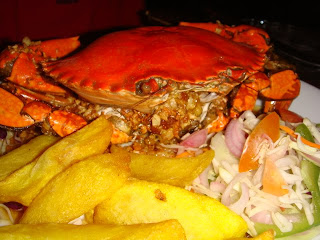 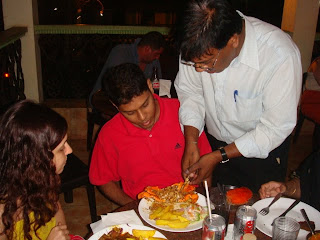 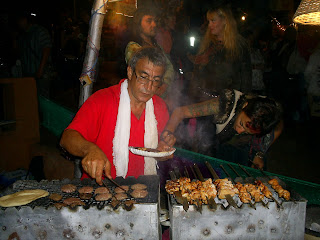 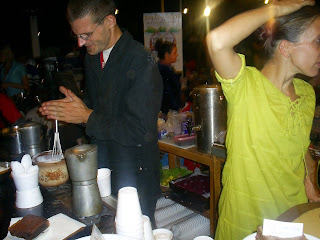 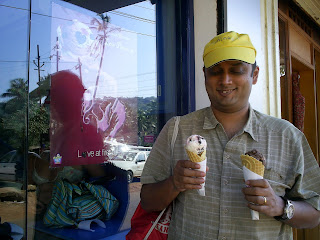 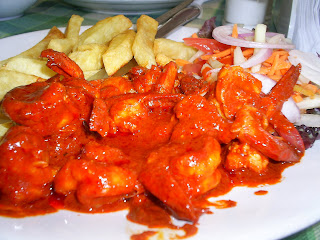 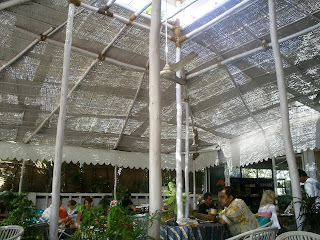 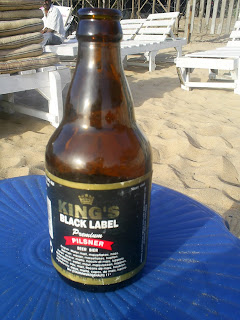 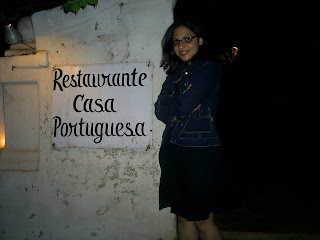 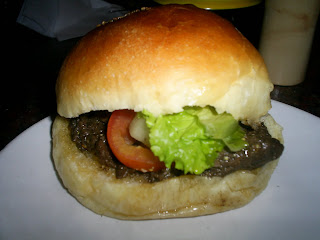 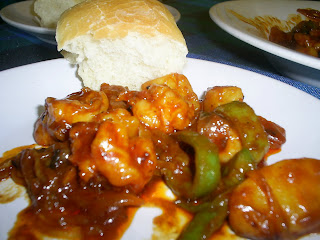 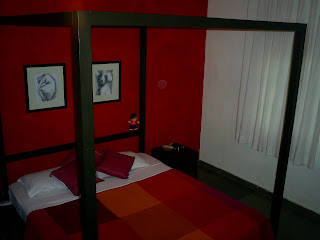 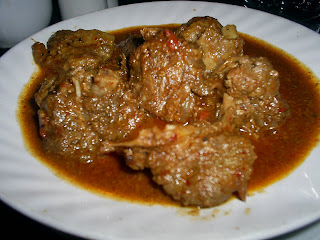 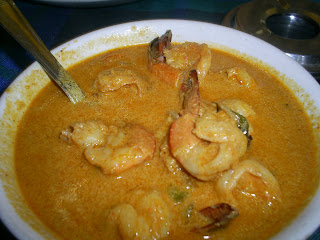 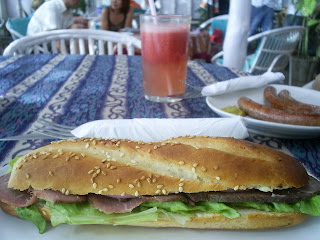 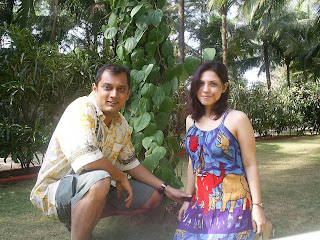 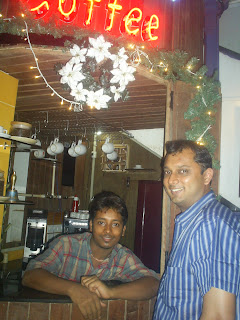 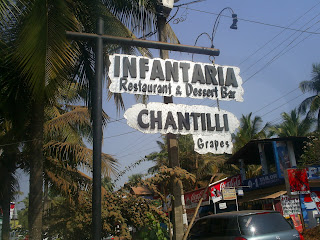 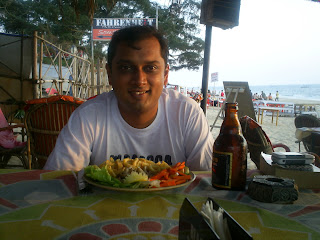 2006 - My first Baga birthday. Dinner under the stars at Brittos ... many kilogrammes ago 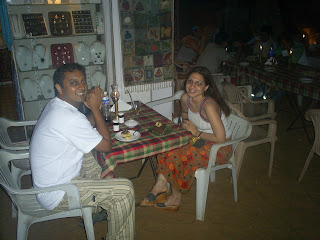 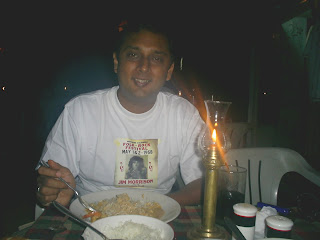 Of course life has changed after blogging. You might have read about my recent invite to KL to eat. Well the same thing happened for Goa. No sooner did I update my plans on Facebook than I got a call from FB friend Sanchita. She is a Bengali married to a Goan. K and I were invited to dinner at their house on Saturday night. Promises of homemade beef chilly fry, pork sorpatel and mutton xacuti (I screamed on the net when she suggested the Bengali kosha mangsho) were made. And plans to bring in my birthday with a cake at midnight. Don't be surprised if you hear me humming 'Tonight's Gonna Be a Good Night' on Saturday. Fergilicious.

Note: This is my first post from my new Sony Vaio. My surprise birthday gift from K, a day in advance. Finally my own comp!!!! I thought I would get an annual gym membership as a gift. Thank God for this.

We leave on Saturday and will be back on Thursday doubt whether I will post in between. In case you are wondering, my birthday is on the seventh :)

Sharmila said…
I just celebrated my b'day begining of this month and nobody took me to Goa. Lucky you. :p
I won't turn up my nose at Baga but am a Calangute fan ... both due to the resort that is bang on the beach and Souza Lobo's food. But we do walk down the beach to Baga for a more quieter place. Calangute beach is crowded as all tourists especially the Goa darshan ones are brought there in hordes. And yes, I have often heard that occassional high pitched call "Eyi Babu, jole jaashnaaaa". :-)
Happy B'day Kalyan! Have a wonderful time. :-)
6 February 2010 at 10:57

Anonymous said…
Many happy returns of the day, Knife. I'm commenting for the first time today; thought I'd let you know that your posts on my Reader list are eagerly anticipated. On days when I miss Bombay really badly (which is very often) I turn to your blog. Hope you have a very happy birthday and vacation and continue writing many more foodie posts!
7 February 2010 at 01:51

Kalyan Karmakar said…
Happy birthday Sahrmila. That was our Mom. As Sid said last year, he was the only 27 year old who was scolded by his mother on the beach

Sid, I had Sprite, undiluted this time :(

CC: we missed you too

Onekhaone...thanks so much. Tho I have not written much about Bombay if late. Hope to correct that

Great Rahul, in fact we explored even more of Baga this time

Julian Booth said…
Wow this looks amazing and even more fabulous blog.Superb! Generally I never read whole articles but the way you wrote this information & the pictures of the Kodai really liked it is simply amazing and this kept my interest in reading and I enjoyed it.one suggestion for you please insert all this images in one personalized photo books to make them more beautiful.view more