Of Snips and Snails and Sugar and Spice... Indigo Deli, Palladium 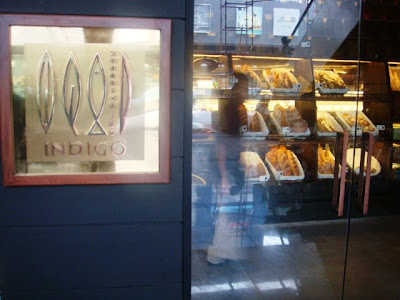 I am not sure about my feelings about Indigo Deli at Palladium. Which is a strange state of mind to be in after spending close to Rs 1000 (20 USD) between two on a rather thrifty meal. 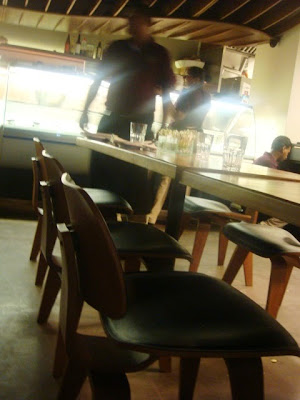 What I know for sure is that the low chairs are designed to give you a back ache. I got spasms in the back after lunch and needed diathermy in the evening. My lunch mate that day, and friends who went on the previous day, had all ended up with aching backs too.  This is probably not moot to a restaurant review. Except in a place which is expensive and charges you for the ambience. Oh, and the tables are pretty small. So if you get a two seater then you have no place to keep your shopping bags. Even if it holds just two books from Landmark, the excellent book shop at Phoenix. Which is funny given that Indigo is located in a shopping complex. And I did get bumped quite a few times by the kids in the table behind us which had family with rather lax and indulgent parents. The lack of a space between table could be blamed too. 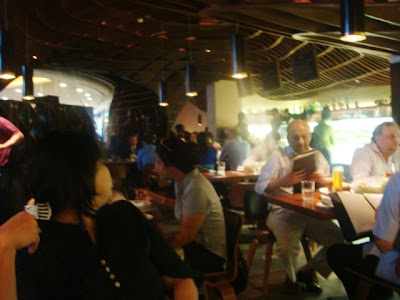 Talking of the ambience I loved the deep and cavernous feel which is so difficult to find in the congested heart of Mumbai. If you are a food lover then walking past an array of surprisingly moderately priced breads and then sitting by a long cheese counter, a well stocked meat counter and a sensuous dessert counter can be very comforting. 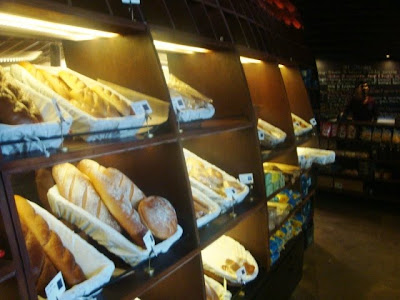 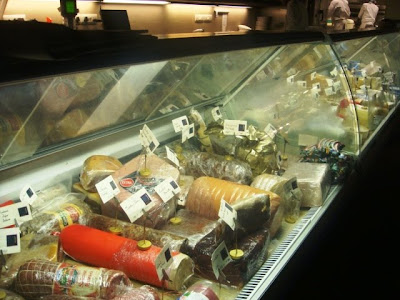 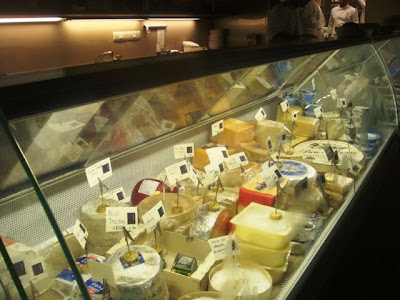 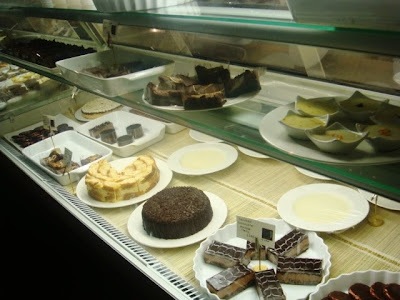 The restaurant was packed the afternoon we went there. Yet the waiters didn't loose their cool. The girl attending our table answered the few questions that we had competently. The food took a very long time to arrive though.

They got us a plate of warm, tasty, soft white bread on the house once we placed the order. The house honey mustard sauce which came with it was phenomenal. It teased and tantalised your taste buds. It's available on sale too I think. 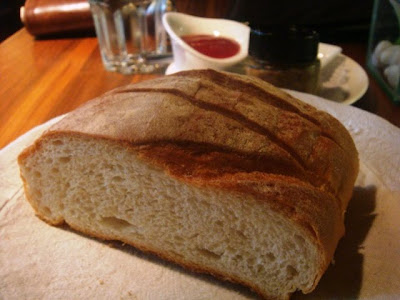 I was  warned that the sandwiches were too big for one person. We decided to share one between the two of us. A wise decision. We ordered a pastrami foccacio sandwich. It was a grilled sandwich. My problem with grilling breads such as ciabatta or foccacio is that the delicate essence of the bread is usually lost. Instead it is torched into faceless uniformity. That happened here too. The menu promised 'Swiss' cheese in the sandwich. But the Thousand Island dressing doused all other flavours. I sensed a faint Gruyere like bite of cheese in one of my last bites. But that's it. This was the first time that I had had pastrami. I guess that it is a cured meat and was rather dry for my taste. The sandwich satisfied. But didn't enthral. 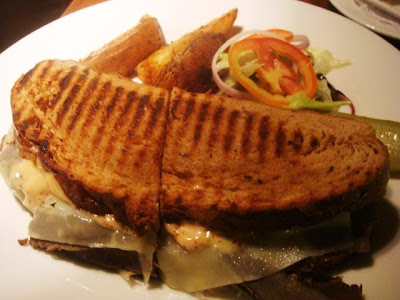 Ips, my lunch mate from work, ordered a baked potato with sour cream and bacon bits as she reminisced about the huge baked potatoes that she saw in departmental stores at Moscow. The Indian baked potato  was more petite though. It didn't do much to either of us. The potato had no flavour at all. The sour cream was sleepy and inert. Then I added a pinch of salt and a spot of the excellent table mustard and the dish erupted in its full glory. 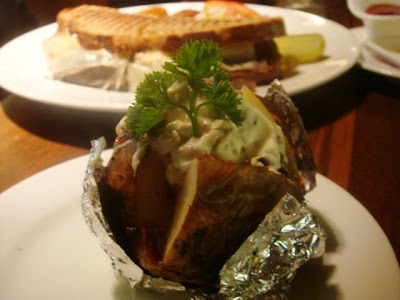 The sandwich and baked potato was more than enough for the two of us. And we are not those who pick at our plate. We give food the respect it deserves. So you can use as a good yardstick in terms of what portions to order.

Indigo deli also has a range of steaks, pastas, cheeses, meats and salads to offer. The ham and smoked meat quiche that I eyed when we came in looked a bit overdone though. It was on display in the counter. Given the chairs I doubt if I will try these in a hurry now.

We zeroed in on the dessert counter after lunch. I had recently bumped into a gentleman called Freddy at Sante who had recommended the bread pudding at Indigo Deli. We went for it. It was made with croissants as Freddy promised. And Bourbon. Something they didn't skimp on. A sharp, stinging kiss of Bourbon followed each bite. The pudding was truly spectacular. The croissants were baked to perfection. The texture was lovely. The balance of sweet was perfect. Must take more tips on what to order from Freddy the next time I meet him. 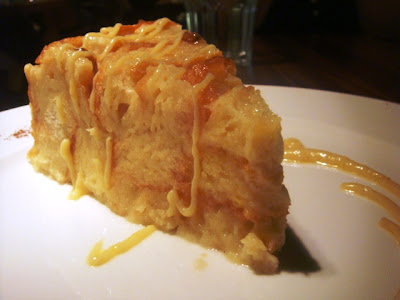 Whether the pudding was better than the very seductive looking chocolate desserts which we said 'no' to is difficult to say. Need to research this. Possibly at the risk of breaking my back.

I paired the pudding with a robust Brazilian coffee which they served in a French press with milk on the side. It went well with the damp weather outside.

A glorious ending after an indifferent start. 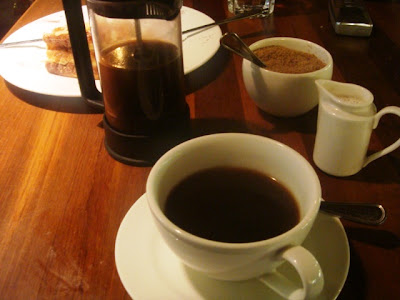