'After Sunset': Malacca works its magic 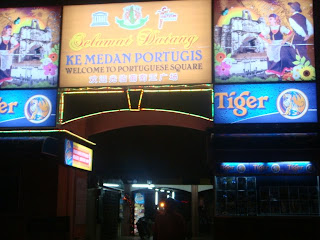 I fell for KL in my second trip when two die hard Bengali Kl fans kept me away from the Golden Triangle. And I fell for Malacca in my second visit when Neera, who became a Malaysian two days back, took me there and kept me away from the Chinese Temple, the Fort and the Pink Church. In other words, see a place through the eyes of those who love it. And stay off the beaten track. 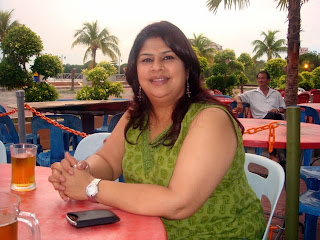 Neera took me under her wings after she read the blog. Twitter, Facebook and promises to meet were finally met. We caught up in the real world and we set off for Malacca. Reached there 147 km later aided by a Google map printout and a number of friendly Chinese gentlemen charmed by Neera's questions in Chinese. 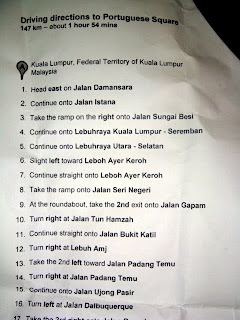 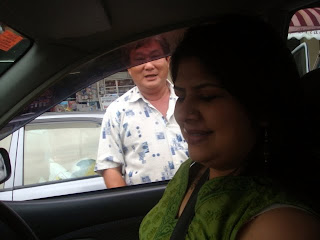 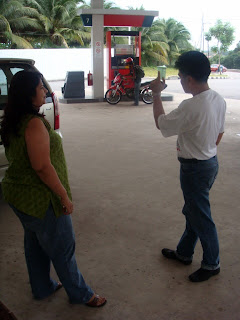 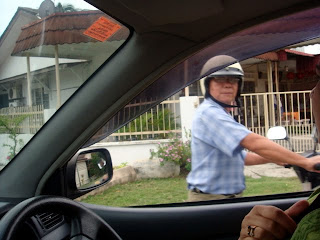 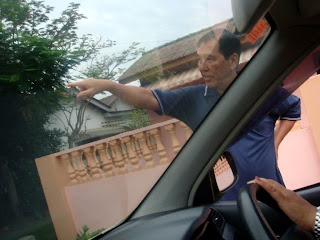 My first impression of the Portuguese Square was that of Juhu Chowpatty back home. Little urchins caught us. Canvassing us to go to their shops. Even promising us 'romantic' tables. We finally headed for a restaurant where the owner seemed more muted and where the food seemed inviting. It was called  Big Benz. We wanted to be 'romanced' by the food after all. Portuguese Square looks like a typical Far Eastern Food Court and is set by the sea. The Straits of Malacca. The world of Somerset Maugham one grew up on. 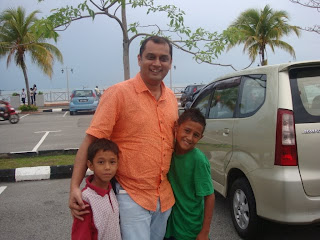 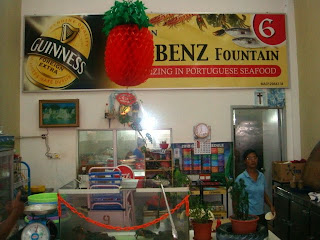 We began eating at dusk and ate on till it was well after sunset. I was probably the only Bengali who missed the Argentina Germany match and was supporting the Max Mueller Bhavan Boys. In my defense, food is my religion, and I ate well. 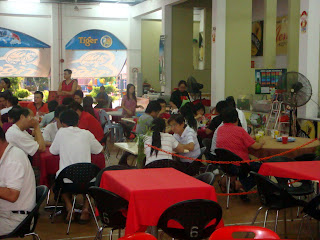 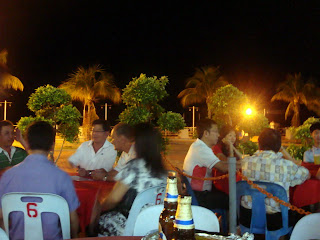 The answer to the Malacca versus Goa question is clear. No vindaloos, sorpatels, balchaos or rechads here. Nor was there the artistry of pork you see at Goa. While the Christian influence dominated Goa, the Malay Islamic influence here led to a bigger focus on seafood. The cuisine is called Nonya Cuisine. 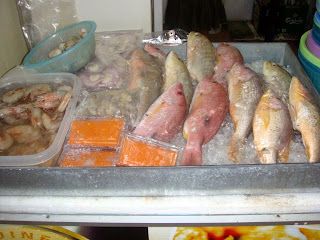 So what  did we eat? Started with a Tilapiya cooked in Malay style. You are supposed to squeeze the little green lemons all over it. Neera explained that the local fishermen believe that it is inauspicious to turn the fish around when you eat it. So they flatten the fish and serve it. The fish was juicy and succulent and made me forget my indifference to fish. The sharp aftertaste of lemon after the fiery red paste was epic. 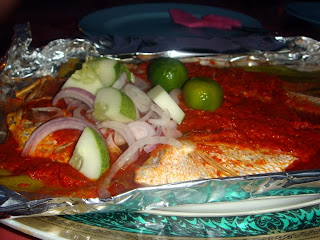 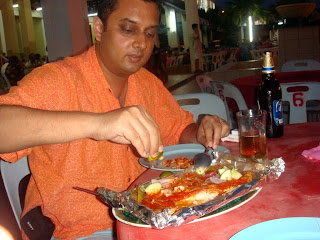 Clams in spring onion followed. I have never had such fresh and subtly flavoured clams. You could taste the clams in their full glory unlike the masala drenched clams back home in Mumbai. I bowed down in ecstacy to this ethereal delight. 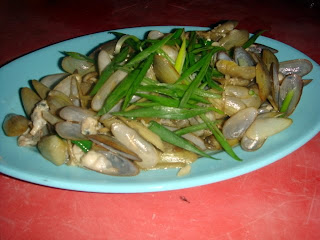 Next came butter garlic prawns. Reminiscent of the Butter Pork that I fell in love with Arindam and Sasha's. The sauce had a slight dessert'ish feel to it thanks to the beautiful harmony of sugar and melted butter. The prawns were huge and yet juicy. The crushed, dessicated garlic lighting up the dish. 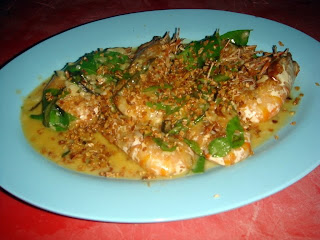 Neera, like a good mother, tried to tempt me with greens cooked in shrimp paste. But my eyes were set on the prawns. 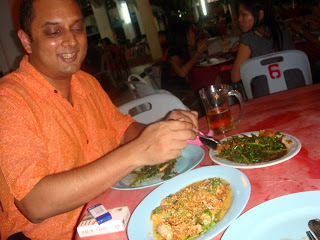 The long drive back which ended with Navneet, Neera's husband and another passionate foodie and Malaysian welcoming me to his land. And I knew that I had found more Finely Choppers in Malaysia. 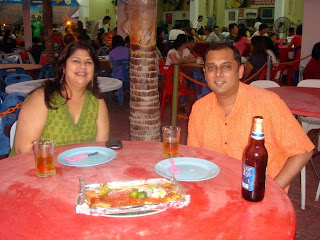 I am still on India time but time to call it a day for Duck Rice beckons us early tomorrow.
Faraway foods Finely Chopped Knights Malacca malaysia united

Unknown said…
Cannot stop drooling... How did you stand up to all this seafood.. you were definitely in my heaven.. Awesomness
4 July 2010 at 14:28

Ushnish Ghosh said…
Dear Kalyan
I enjoyed the article and the food too ( virtually). Had stayed in KL for a year or so...but could not make it to Malacca...due to... yes you are right seer laziness...
Have a nice time
Ghosh kaku
4 July 2010 at 15:24

Purba said…
I am partial to Nonya cuisine. Loved going through your foodie journey
13 July 2010 at 08:37