Remember those Japanese horror films where a thumb come on a conveyor belt full of Sushi plates? 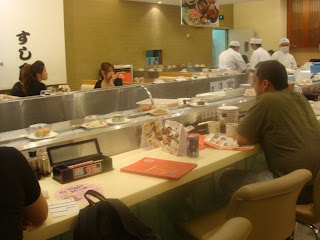 Well I don't watch horror films. Japanese or otherwise. But that's the image which my friend and travel mate, Soumik, had when he saw the Sushi King outlet at the Mid Valley Centre Mall at KL. 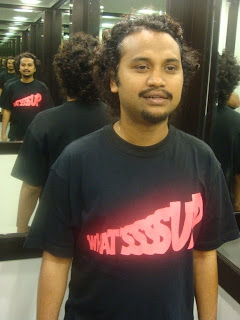 Neither of us had been to a Sushi Bar before. We wanted to wipe that blot from our eating careers.
We waited through twenty minutes of mind numbing hunger pangs as we saw that happy hours (20 pc off) would begin at 3 PM. It was worth the wait at the end. We demolished ten plates of Sushi between us. 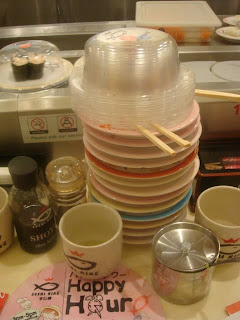 We have both had sushi before. But the ones at Sushi King were the most fantastic of Sushi that either of us have. Not just In India, I have had Sushi at KL, Singapore and Bangkok. I was too young to have sushi when I went to Japan though in '78.
The fish was extremely fresh and floated in your mouth. The rice was delicate unlike the tightly packed ones we have had in the past. The fish roe sushi exploded in our mouth making us shake in intoxicated frenzy. The salmon sashimi was the softest that we have ever had. Ethereal and yet fresh. Almost as if they jumped out of the sea onto our plate. The tuna sushi was particularly powerful and made you bow in pure devotion.
The plates of sushi would keep coming and you picked whatever you wanted. The colour of the saucer indicating the price. They later counted your pile of plates and told you the price. 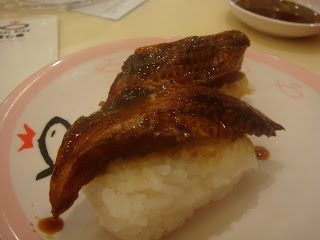 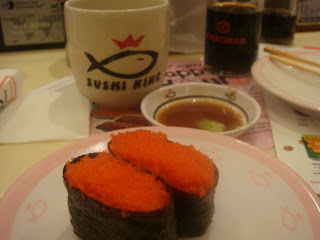 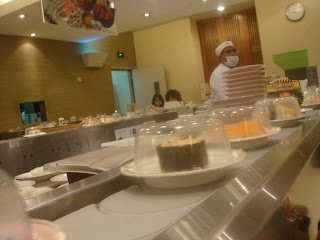 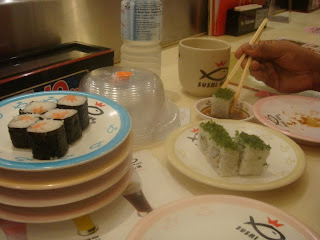 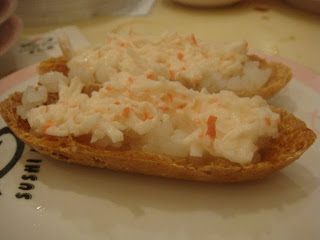 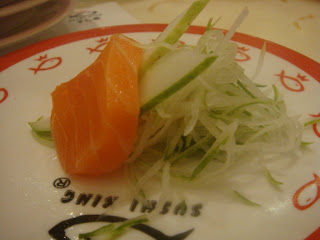 This was the 'best meal at Malaysia' for Soumik. 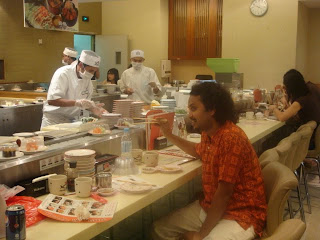 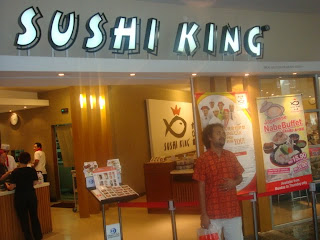 I love Malaysia too much for that though. I am loyal to the chicken rice, butter pork, nasi kandar, roast suckling pig, char siew and satays, and the people here. Plus I am too Bengali on heart to live on cold food even it comes with rice and fish.
But, yes, the Sushi at Sushi King was the best sushi that I have ever had. 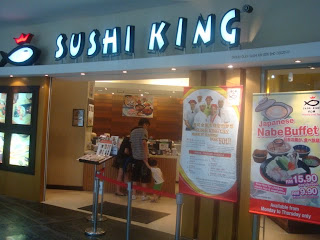 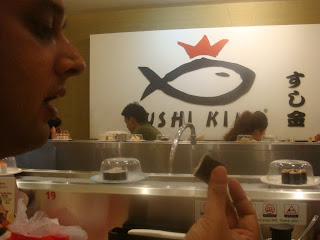 Unknown said…
You two Bengalis are my Sushi alter egos, for now. I have Sushi cravings. I can down soy dipped, ginger and wasabi topped sashimi after sashimi without batting an eyelid. You got me craving...again.
6 July 2010 at 23:23

Journomuse said…
Can't dare to compare this with the Japanese gyozas and sushi I tried in UK and India..but was really really awed by Shiro in Bangalore at UB City...I loved their sushis and gyozas...and they have an unlimited offer for Rs.750...I loved the decor and the ambience..Really top notch..:)the only sad part was they were so miserly about the ginger..I had to keep asking for more helpings..
8 July 2010 at 23:02

Kalyan Karmakar said…
@Pree, well one of us are definitely... I am quite loyal to Malaysia :)

@Journomuse: the Sushi counter expereince was something else for us even if the place like a McDonalds of Sushi
12 July 2010 at 13:15