A very Malay send off from the Bengalis of KL ... Madam Kwan's, Mid Valley, KL


“You should have spent more than just a day with us. There are so many things you have not eaten. Wish we had some more time to have taken you to these places” 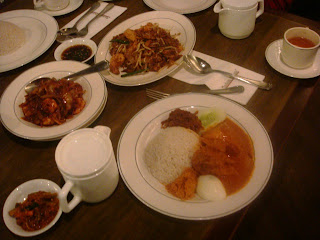 This was not the first time that I heard these words  during the trip. More a reflection of the warmth and generosity of those who said it than an indictment of those whom I had been with. I heard this on the last leg of my trip too. At the house of my friend Bipra and Archie (Archita) and their lovely daughter Olly. 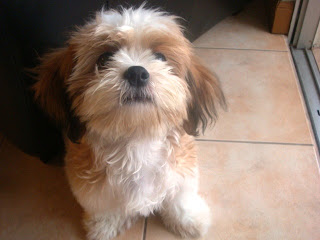 I reached their house on the penultimate day of my trip. To be greeted by the five month old Toto Singh. He kept following me from the moment I first entered till the time I left the next morning. Nibbling my toes. Sniffing my suitcases. Wagging his tail. Trying to break down the door as I tried to pack my bags. Lolling in my arms. Waking up early next morning and looking woefully at me as I prepared to leave. Yes, I left a rather large and floppy piece of my heart behind at KL. 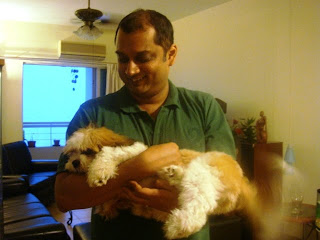 Archita had cooked a stellar pre home coming Bengali lunch for me. The best alu posto, mushurir daal, baked (!) machher chop, mangshor jhol made of mutton approved of personally by Bipra, and gurer payesh. The best Bengali food that I have had at KL. Who am I kidding? Some of the best Bengali food that I have ever had. Followed by a hot shower, perfect when on the road for days, and a nice Bengali ‘dupurer ghoom’ or afternoon nap. 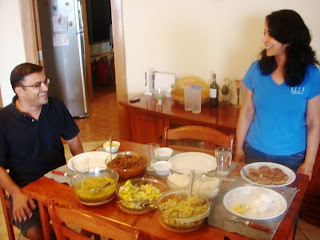 There was a heavy shower in the evening post which we headed to Jussco and Carrefour at Mid Valley to pick up my favourite Mamee Tom Yum Noodles. I shopped along with the cheerful Oreo-man while Bipra added Mee Goreng noodles and Ferrero Rocher noodles to my bag as gifts. 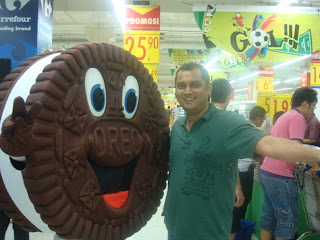 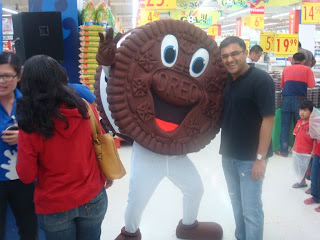 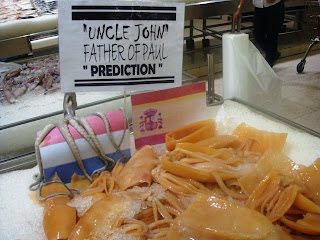 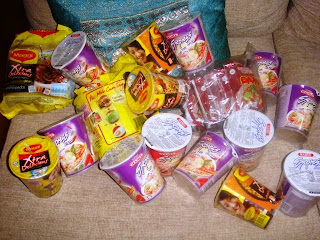 Dinner was at Madam Kwan’s at the Mid Valley Mall, KL. A place Sasha had recommended to me earlier. I managed to taste some heritage Malay dishes which I had earlier missed in my trip. The Bengalis making sure that I didn’t go back with an empty stomach. Bipra and Archi clearly knew their food despite their admirable and heard earned weight loss. 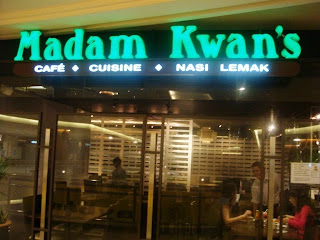 I finally got to eat the Nasi Lemak which I booked on Air Asia but never got. Fragrant, subtle coconut rice with a range of condiments and a rather rich and pleasant chicken curry. 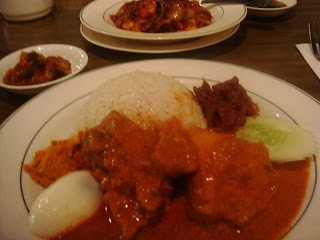 Assam (Tamarind) Prawns which Bipra insisted we order. A tongue tickling, sharp, tangy delight. A dish that showed that my friend Bipra still retained his food Mojo despite having become a born again fitness freak. 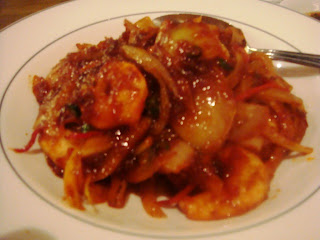 Char Koay Teow. A tongue teaser. A tantalising flat rice noodle treat. A legend of Penang which was highly recommended,. Almost missed had it not been for my two Bengali hosts. 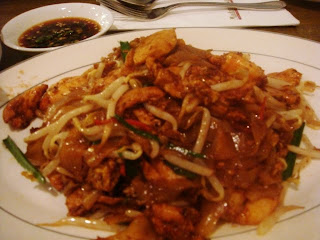 Bipra's eyes wandered and settled on a dish at the table beside us. A ladies finger dish where the ladies finger had the firm consistency of the boiled ladies fingers that we used to have with steam rice as a kid. The shrimp paste that it was cooked in gave it a new identity. All washed down with hot Chinese tea. 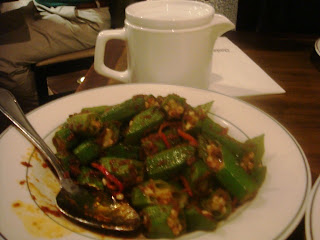 Archie’s favourite banana fritters with ice cream. No wonder they laughed when I said that I didn’t think much of desserts of this region. For this was the dessert of Cupid. 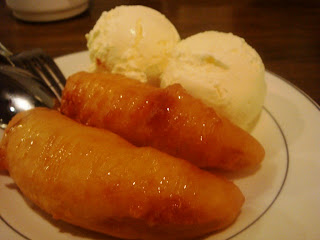 I ticked off my list of ‘Malay Must Haves’ as I had my last meal. My Malay experience made complete, ironically, by two Bengalis. The Beef Rendang was missing though. Reason enough to come back again. As if I needed one.
After the pink room of the previous night I slept in the room which young Olly had lent me. A few hours with Harry Potter bed spreads, pillow covers and sheets and I set off for India. Leaving with the knowledge that if Bourdain had his Vietnam, then I had my Malaysia. 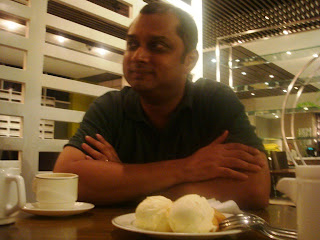 Farriemist said…
Reading your posts always make me so hungry! And those pictures... someday you're going to read a headline "Fat, Parsi woman injured at home! Found a chunk of laptop in her mouth!" haha
13 July 2010 at 02:21

Nice to see a market researcher writing so passionately about food

{not that they are mutually exclusive, just my incorrect bias :-)}

Must say each post of your's is so beautifully penned..It is almost like food pornography and I, on occasion, keep peeping in like an unabashed voyeur :-)

Kudos to ur writing skills and showcasing as well as presenting food so well and elevating it to the status of Ambrosia :)