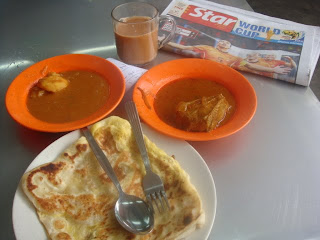 Neera screamed, 'it's not breakfast time' when she called me this morning to check how I was enjoying Penang. The clock on my cell phone showed it was 9.40 AM. But that was India time. Here it was 12.15 AM. Which is still our breakfast time during holidays back home.

Well I would have tossed and turned last night. But the single bed I was sleeping on was too small and I would have fallen out. And then there were the damned Vuvuzelas from the Holland Uruguay match in the background. I didn't get much sleep. I spoke to the helpful folks at the Cititel hotel. I took another room for myself. A magnificent sea view. And a king size bed which I can fit into even after all that I ate. 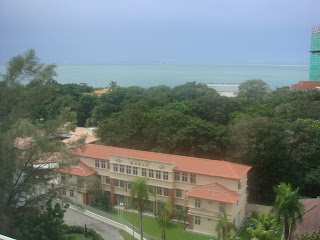 I headed in search of Roti Canai, the paratha that locals have for breakfast. Neera suggested that I have it with fish curry. Fish curry for breakfast????? Well I am Bengali and it was close to lunch time so why not? 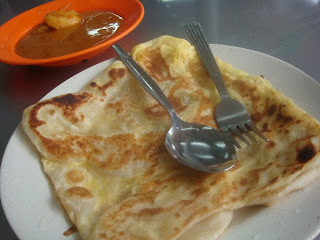 I walked around and was happy to discover that Line Clear 24 Jam, the restaurant highly recommended by Hanif, was open. It is a holiday here because of the Penang Cultural Day and it was supposed to be shut. Hanif, whom I met yesterday, spoke highly of Line Clear. He said that the origin of the name was from the time when customers would queue up and pick their food. When done, the owner would do a thumbs up and ask 'line clear？' These guys would be completely at home at our Irani Cafes in Mumbai. 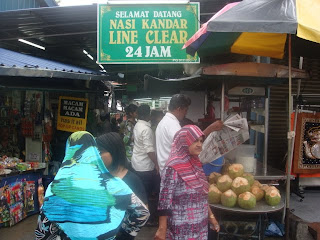 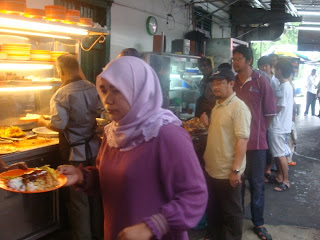 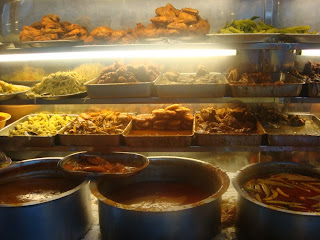 Well the 'line' still exists and I saw people queuing up for their food. I saw a policeman and a policewoman (?) eating there too. This, along with the crowds and Hanif's recommendation, told me that I was at the right place. The crowd was a mix of Malays and those of Indian origin. 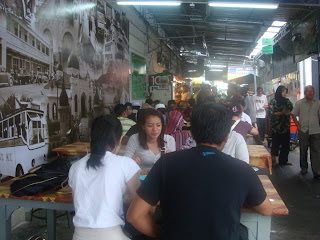 I caught hold of a waiter and asked for roti canai. He was initially a bit sceptical till he found some left from breakfast. He made it for me with as egg as per my request. It is similar to the Moghlai paratha of Calcutta without the mince meat, onions and green chillies. This came with a potato curry which was thick with potato stock but had only one small piece of potato. A nice breakfast combo for any red blooded Bengali. 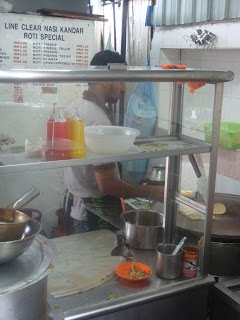 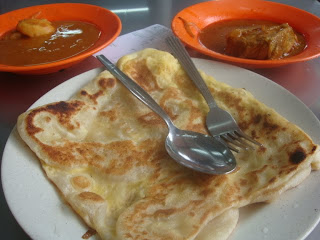 The fish curry was nice and light. It had a tinge of onion in the background redolent of the fish curries of Bangladesh. The fish tasted similar to Surmai or King Fish. 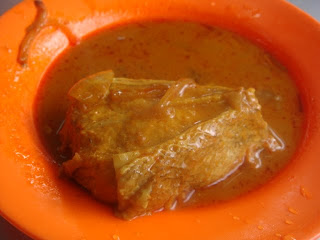 I washed this down with Tehri Tea. This was a 'pulled tea' which is a speciality of Penang according to Hanif. It was hot and milky. Sweet like the masala chai of Mumbai without the 'masala' . With a stronger taste of tea. Not quite a Starbucks Cappuccino but went wonderfully with the damp, cool weather at Penang this morning. 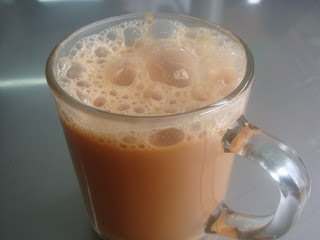 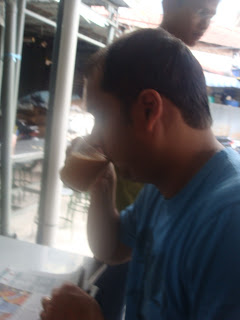 All of this cost me 5 Ringitt or 75 Rs.
I started talking with the young man at my neighbouring table after he greeted me with a smile. His name is Azlan. He'd come from KL on a holiday. We chatted for a while, the new Finely Chopped cards designed by Harshad and Kainaz, probably reassured him that I generally don't go and chat up with strange men in restaurants. Azlan told me that he liked Nasi Kandar but preferred a more simpler version back home. That he favoured chicken over fish. I concurred when he asked my about my favourite meat. Mentioning pork wouldn't be culturally sensitive. 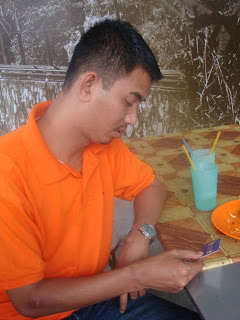 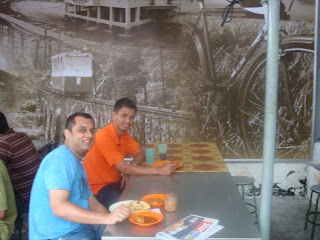 Breakfast done I continued playing Bourdain and walked down the streets taking in the quaint mix of old Chinese and Muslim buildings. And the Tamil cinema hall in between. Feeling a curious sense of ease and comfort at seeing the peaceful coexistence of the old and the new. Checking out the local Chinese restaurants.
Planning lunch. Drafting a post in my head as I walked. A local passed me by and greeted me by saying 'salam aleikum' to complete the moment. 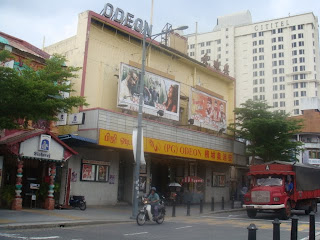 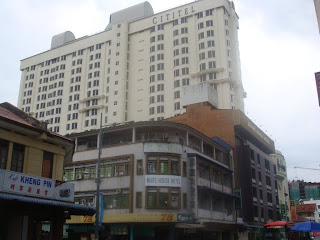 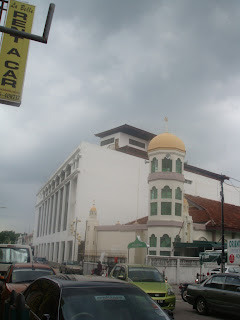 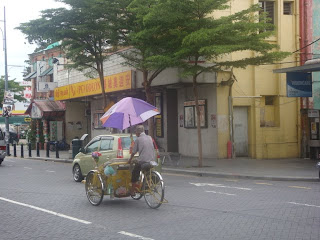 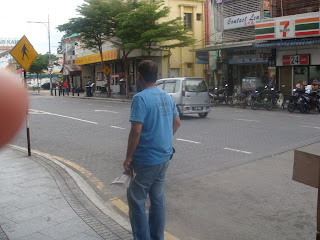