on July 04, 2010
Few things turn me on like the flavours and fragrances of the food courts of the Far East. I just love the smell, the buzz, the colours, the range of food, the cooking, the food on display, tables full of people eating with a mix of joy and grim contentment. And nothing like going to a market which the locals frequent. 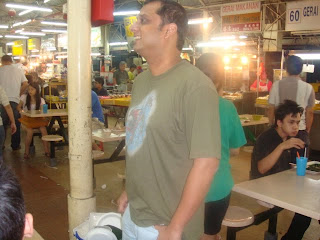 Section 17 at Petalang Jaya beside KL is where Arindam and Sasha took us for dinner tonight. And it fit the bill for everything I look for. Loads and loads of food, the heady fragrance of fresh food, lots of people eating and a huge variety of local Chinese food with the odd Malay, Korean and Japanese stalls thrown in. 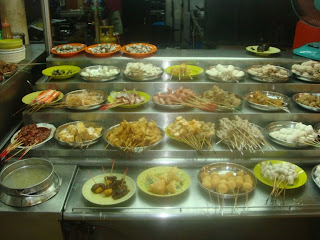 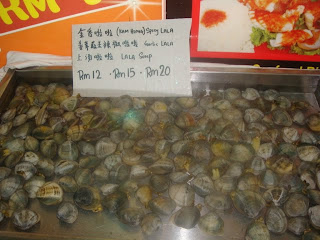 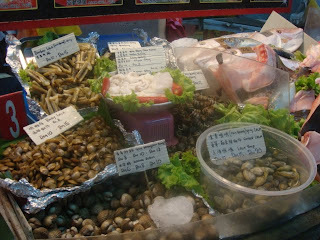 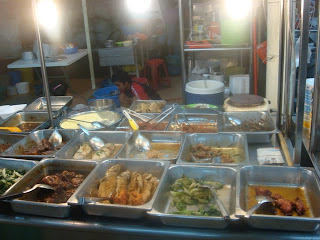 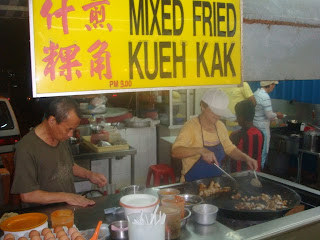 Arindam joined us after ordering the food. One by one the food begun to appear at our table. Brought largely by Bangladeshi waiters who were wary and yet happy when we spoke to them in Bengali. The food was abundant, too much and memorable as I have begun to expect when I eat with Arindam and Sasha now.

So what did we eat? We started off with pork mince cakes with rice livened up with fiery red chillies. 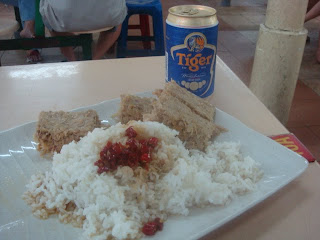 Bah Ku Tea... pork in a thick caramelised sauce with dumplings and rice. A brown delight bubbling in a pot. As Arindam rightly said, this was the Big B of our meal. 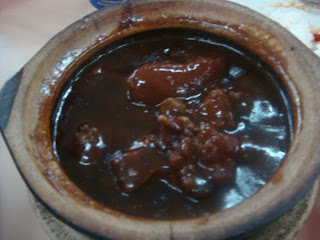 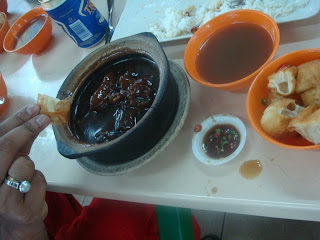 Stingray fried the way fish is fried in Bengali homes. A light masala which treats the fish the respect it deserves. Not killed by masalas. 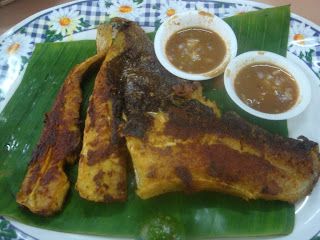 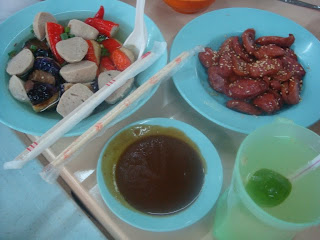 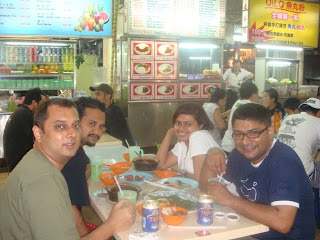 We came home and the adda continued late into the night at home for desserts.
Faraway foods malaysia united Oriental