This is probably my third post on the same restaurant, Yellow Tree, in three months. Sacrilege for a food directory, magazine or website. None of which I claim to run. Finely Chopped is about my personal experiences. Some of which could be at new restaurants. Others at old favourites. Some could feature new discoveries. Others the solid assurance of consistency. This evening at Yellow Tree was a bit like that. A new favourite of ours which lived up to our expectations once again.
Those were Glory Days
Some of you have marvelled and envied at my chequered pyjamas and sandals life of the past few days. Where Sundays blended into Mondays, Wednesdays as sought after as Fridays. I was serving my notice period, holidaying In Malaysia and then was in between jobs for less than a week. All of that’s going to end on Tuesday as I return to the world of swipe cards. There is a three day induction programme chalked out for me including a lunch out and a coffee break. Have they read the blog and found out about my opinion on canteen food and canteen coffees? Anyway I am armed with my Old Town Coffee sachets from KL to survive the world of corporate coffees.
I brought my days of beach bumming to an end this evening at the Mudd Spa at Bandstand. My colleagues from my previous office had given me spa vouchers as a farewell gift. As the masseuse patted away my world weariness with a magical hot Thai pouch massage and whispered exhortations for a shady hair weaving proposition, I realised that I couldn’t have received a more thoughtful farewell gift. Thanks guys. Like I say “it is always about the people”. And it was great working with each of you.
Getting ready for a new beginning
I wanted to finish off my few days of joblessness with a nice meal. So we headed to Yellow Tree down the hill at Bandra’s Ambedkar Road. We managed to get a table at the cosy, chirpy, cheerful ground floor. The first floor was too sterile and adult for us.
We placed our order with the very helpful, warm and well informed staff. Such a welcome sight after the mean, rude ogres at Pali Village Cafe further up the road. They really make you feel at home at Yellow Tree. Which is why we keep coming back. 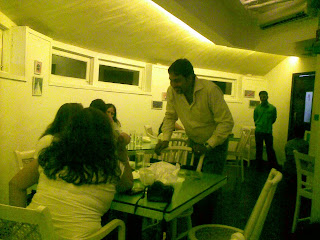 We placed our order of the smoked salmon bruschettas which we so liked during our first visit here. The salmon was as plenty and delightful this time too. 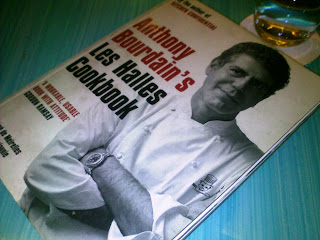 We stretched out and I headed to the book shelf. I got hold of Bourdain’s favourite chef, John Keller’s, ‘The French Laundry Cookbook’. And then I spotted Bourdain’s very own ‘Le Halles Cookbook’. We left the other book aside as it so often happens when one came across a Bourdain. 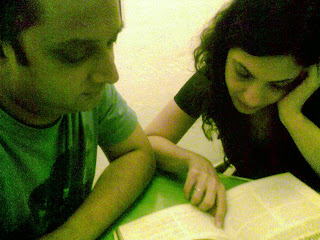 Even Kainaz, who is not into food writing as a genre, tripped on Bourdain’s soulful and eloquent prose and sharp, cutting, acerbic wit. She giggled through his ode to her chosen alter ego, piggy, and read out his take on shopping, on getting to know your local butcher and the local market, calling your fisherman in advance to know what’s there, not being a snob even while cooking for those who are not culinarily evolved, thinking on your feet as you cook, making lists, about how you have to yearn for the things you want, how you should take off your apron and hang by it if you don't know how to roast chicken and most of all, how this was not a book to read if you were looking for recipes. I was thrilled to see a chapter titled ‘The Knife’!!!!! 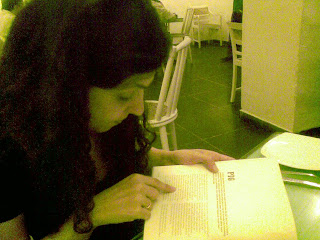 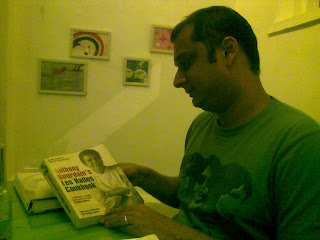 For our next course I ordered a Spaghetti Aglio Oli guided by the pleasant helpful guy in the French beard who took our order. I was disappointed by the penne aglio oli which was served fried at Salt Water Cafe recently (see i don't write about every time we go out). The one at Yellow Tree was, as promised, lightly tossed in olive oil. Rich and abundant in our add on of chopped chorizo. The dish was light and well flavoured the way I had hoped it would be. Secretly meeting my hakka noodles pangs which I ignored as I was the one who was taking K out. She prefers Continental over Chinese. 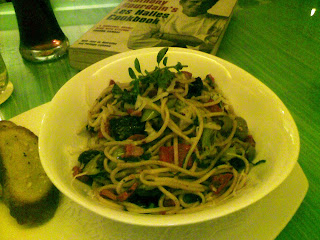 I was not a good host when it came to desserts though. I ordered the jalapeno chocolate cake which Sue Cope, a reader, had suggested. I loved the spicy bites of chilly in between the sweet of chocolate. K, who doesn’t like her chocolates messed with, came home pouted and had Ferrero Rocher s which Bipra sent for her from KL. 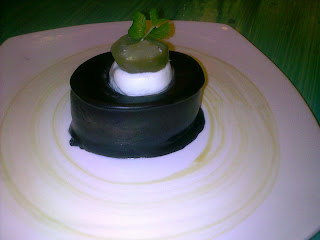 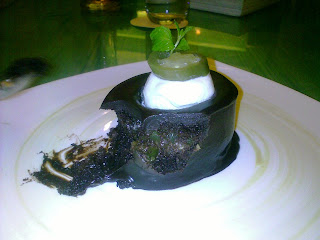 The realisation of what was coming up hit me later at night as I ironed my shirt for tomorrow. Gosh, it had been so long since I wore a shirt with collars and closed shoes and formal trousers. The Knife would become a market researcher again. 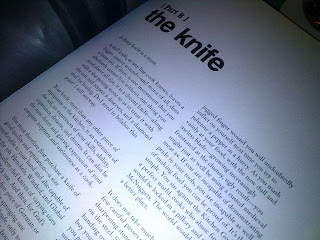 Then I opened the fridge and saw the Da Vinci cheese (olive infused Gouda) and barbecue ham which the lovely Milinda of Santé  personally chose for me this morning. I made a sandwich for my breakfast tomorrow. I am a late riser after all. Might as well begin my return to pinstripes with a glorious feast of great cheese and pork of great character. 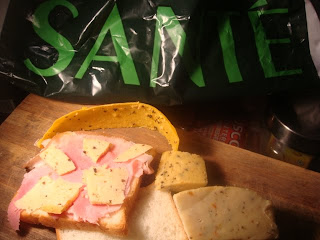 Unknown said…
Have been to Yellow Tree a couple of Sundays back and the experience left me exasperated with the sheer inconsistency - some of the items on the menu were very good (the bangers and mash, risottos) the steak was passable, others were terrible - the stuffed roast chicken was very dry, and even the salmon bruschettas lacked subtlety and tasted like they had been left out a little too long.

But what really pissed me off was the service which was a disaster (I was on the first floor). We didn’t have any dessert because of that.

Anonymous said…
My experience too was really bad. Rude waiters, a lot of stuff from the menu not available, stuffy with smell of fresh paint (upper seating area)...main course tasted good but experience left a bad taste...
20 July 2010 at 14:35

Kalyan Karmakar said…
@Simran: thanks :)
@Scarlett: Well no debating with the Goddesses of Cocoa :)
@Anon, Suman...never happened to me there though never sat on the first floor to be fair
20 July 2010 at 17:44