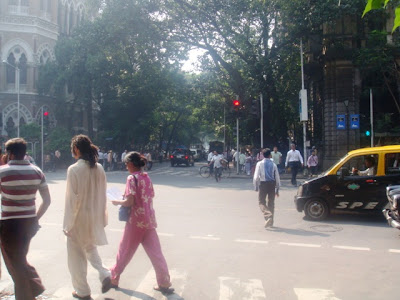 NOTE: Please read about my nightmarish second visit to Banyan Tree before deciding on going  there

Banyan tree. A mnemonic ingrained into the Indian ethos. Brings up visions of a solitary farmer eating a soul nourishing lunch of rotis, chillies and onions, the banyan tree protecting him from the searing sun. Images of village elders sitting under it, puffing on their hookahs, perplexed about what to do with the two lovers who have crossed the boundaries of caste. And visions of the little Pandavs and Kouravs sitting under a banyan tree listening to the sermons of Dronacharya. Giggling and pinching each other as little children do. While Eklavya stands in a distant corner lapping up the guru's words of wisdom.

Interestingly, Banyan Tree, the cafe at Fort, in the lane opposite Citibank doesn't milk this Indian motif. The cuisine isn't Indian. The decor is not Indian. Nor is the decor in keeping with the late 19th Century European Gothic of the buildings around it. 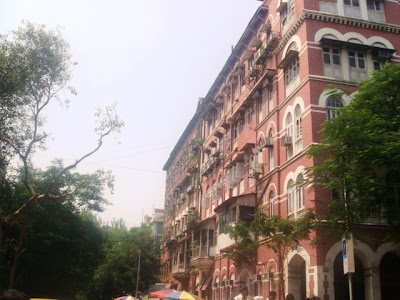 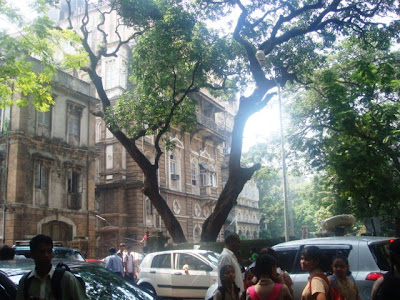 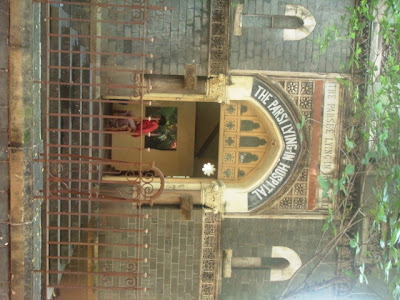 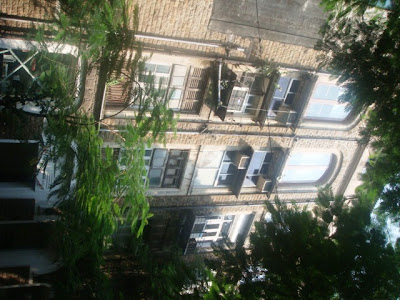 Banyan Tree in fact has a very modern European look to it. Lots of white, graphics, glass and clean designs. Reminded me a lot of a hotel called Leonardo that we stayed in at Zurich. Again a contrast to the old stone buildings of the banker's city.


Banyan Tree is a modern island of solitude amidst the frenetic activity of South Mumbai. Calm, refreshing. Where you can sit undisturbed for hours. Except when you take photos as the watchman gets testy and the waiters ask if you own a restaurant. But if you aren't a manic food blogger then Banyan tree looks like the sort of place where you can while away time lost in your own thoughts. A smile slowly easing away crease lines. Creeping towards a much sought after salvation and self realisation. Moksha. As the lady in the table across us with a book and a cup of coffee seemed to have attained. Or you could catch up with an old friend buffeted from the grind for a while.Reminiscing about the good old times. Remembering fond ones who have left the city. Sharing plans and hopes for the future. And talking about new food experiences. About things that didn't matter. Words without purpose or an agenda. As fellow food lover and ex colleague,  S, and I did the other afternoon. 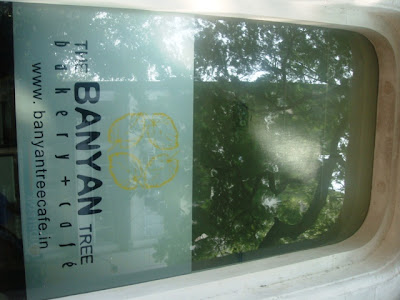 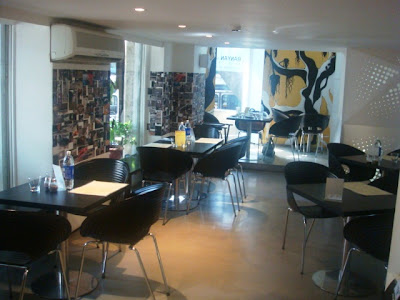 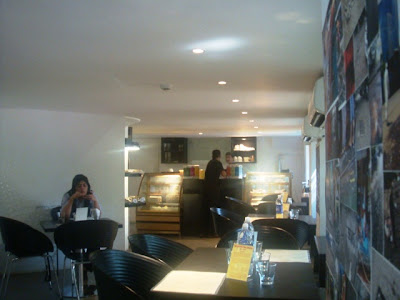 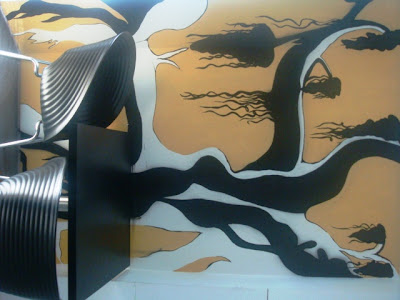 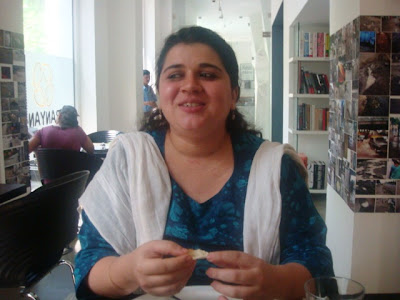 This was a place which offered you shelter and silence, respite from the routine. It rejuvenated you. Sent you back to the real world with a smile ... yes, that's pretty much a banyan tree in my book. 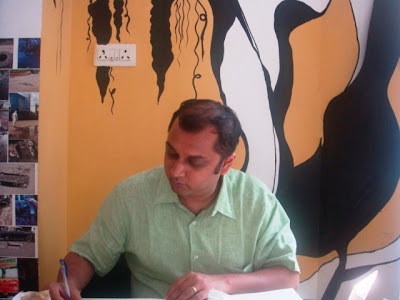 We skipped the mains and went for the starters. S ordered some sort of a salad while she waited for me. The lettuce tasted like lettuce does. A few shavings of feta were hunted down by me. She also tried a drink called New Zealander which she strongly recommended. It was a Kiwi- fruit pulp drink, nice and summery, just what I needed to get over the Mumbai sun. 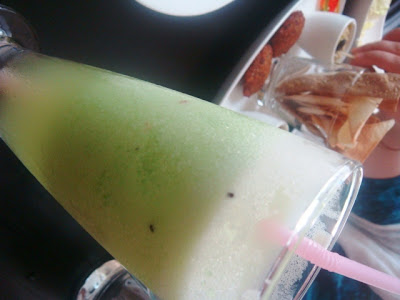 We went for a competent mezze platter which was beautifully plated. It was a sight for sore eyes and tasted pretty good too. For once there was an adequate amount of pita bread. A problem in most other restaurants. 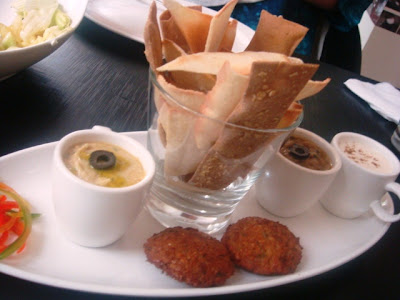 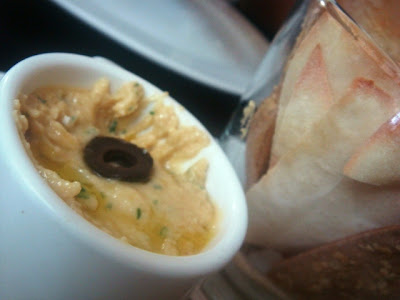 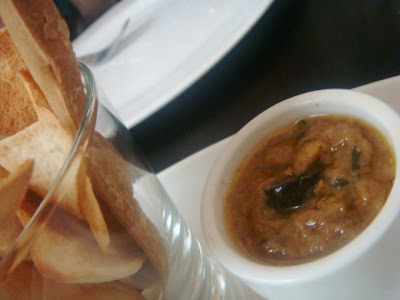 Next up were Quesiladas with chicken. I have never had this Mexican dish before. Don't even know how to pronounce it. So I don't have a yardstick to compare it with. The hair on the nape of my neck stood erect with the first bite. The chicken mince had a strong taste of garam masala. Fusion food? No way! I slowly got a grip on the dish. Realised that I was less likely to look like Julia Roberts in Pretty Woman at the fancy dinner if I used a knife and fork. Everything squeezed out if you used your hands. Stand alone, the dish worked for me. I liked the way the meat, the cheese and the soft tortillas came together. S, who has eaten quesiladas at Taco Fresco before, felt that the filling should have been tighter, firmer, trimmer, held more strongly together with cheese. She felt that cheese at the Banyan Tree one was rather sparse. 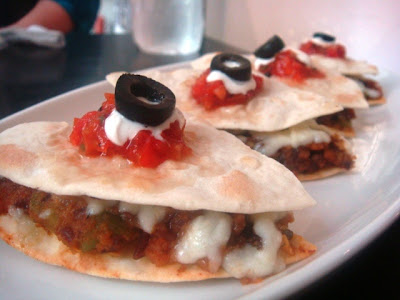 Faced with two desserts that we couldn't choose between, we did what we always did. Order both. 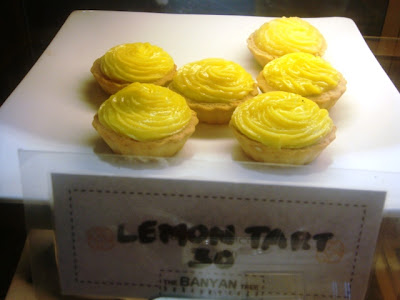 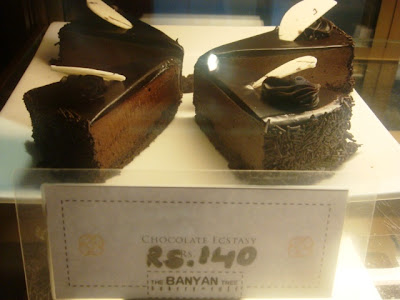 I like my cheesecakes baked. S  is more broad-minded and doesn't discriminate between cheesecake genres. She was disappointed by the lack of blueberries or blueberry squash in the core filling of the cheesecake that she ordered. We left our cheesecake unfinished. 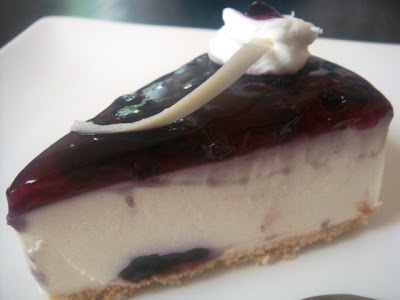 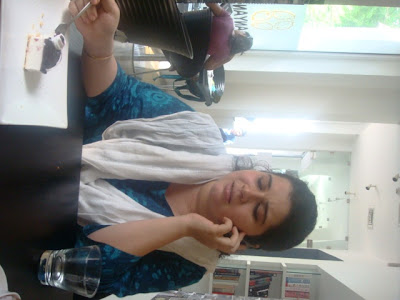 The chocolate cake that I ordered made up for it. One look at the post cheesecake crestfallen face of S and I didn't have the heart to not share it with her. "It could have been warmed a bit more", she said as she ate this with a joyous look. I washed down the cake with a Colombian coffee which was recommended by the staff when I asked for a strong coffee. It gave just the kick that one needed before heading back to the desk. 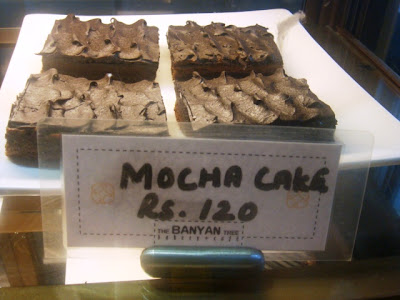 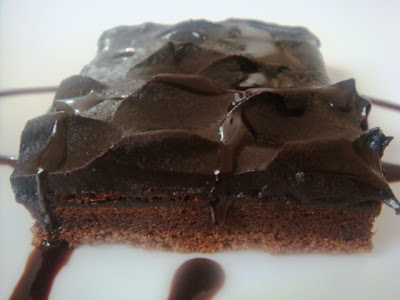 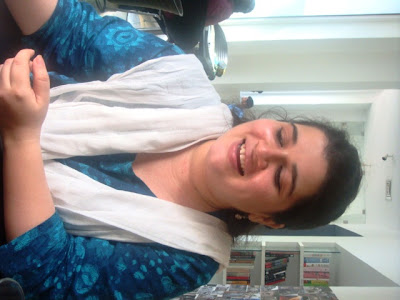 The pricing is apt for what's on offer. We spent about Rs 1200  (22 USD) odd. But it looked like the sort of place where you could order just a coffee or so and seek solitude. It was quite empty. You were unlikely to be disturbed and had to actually hunt out the waiters who left you alone.

Then again if you could sit surrounded by all the wonderful food and order just a coffee then you wouldn't be a Finely Chopped Knight would you? 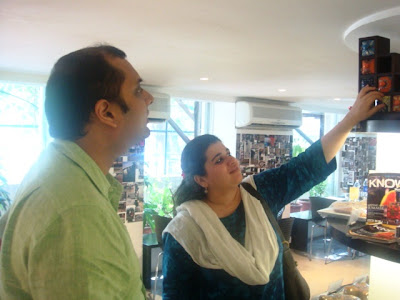 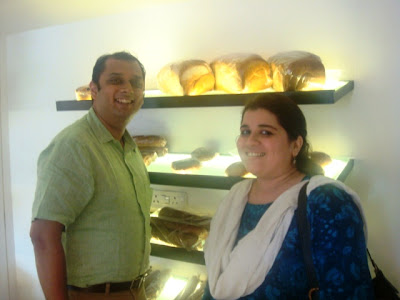 SOS: Any idea why my vertical photos are coming horizontal on the blog? (I save them in a vertical mode in the comp)
coffee shops desserts Finely Chopped Knights photo blogs South Mumbai

Archana Bhui said…
Kalyan have they shut the Worli branch??? The Banyan Tree Cafe?? Cuse I had walked there last Monday and it was shut. On calling the fone it said 'Out of Order'.
30 September 2010 at 04:13

Shruti said…
@ Kalyan - try saving it in vertical position on your hard disk before posting them.
@ Archana - Yes it has been shut for a while now.
30 September 2010 at 09:36

Amitabha said…
Kalyan, when you upload, the system takes the original setting of the image on your PC. So check in the picture folder what is the position of the image. In case its vertical and still has a different orientation on the blog, we will go for a diff solution :)
30 September 2010 at 11:47

Daniel D'Mello said…
I'd like to second/third what Shruti and Amitabha said. The position of your images need to be saved correctly on your hard drive before you upload them online.
30 September 2010 at 12:19

Shaheen {The Purple Foodie} said…
I've heard good things about the feel of the cafe. Will check it out the next time I'm in the vicinity.

Unknown said…
I thought the place let you down today.. what happened...
also save your pics on your hardrive in the direction u want to view.
30 September 2010 at 22:00

Anonymous said…
Quesadilla with ll being silent and yes S was right, the real ones will have less filling and more cheese so nothing runs out when you try to eat.
1 October 2010 at 00:17

Kalyan Karmakar said…
Hi, all I save the photos vertically on my comp. I think there is a problem right now with blogspot.

Scarlett said…
They're pronounced as 'kay-sa-di-yas' and they're supposed to be thinner than the ones in the picture. The tortillas are supposed to be much softer, the ones in the picture look crispy? The chicken is shredded, held together by melted cheese and there's definitely no garam masala in it. Or any Indian masala for that matter. Shudder!!
19 October 2010 at 14:00