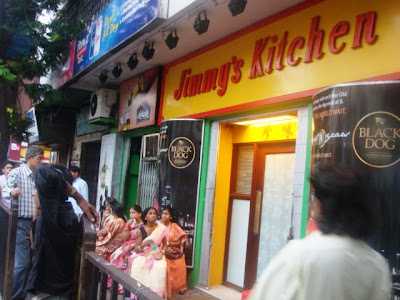 My father used to take my Mom and me to Jimmy's Kitchen at Park Circus, Kolkata, almost everyday during 1980-81.  He would meet us after my mother would pick me up from Calcutta International School, Lee Road. We'd leave for home after lunch. He'd head back to his chambers at Minto park. He once said that the folks at Jimmy's Kitchen must be thinking that we don't have our own house given the frequency at which we ate there.

Twenty years later, my mom and I went there today with two people who weren't born when  we used to go earlier. My kid brother and my spanking new sister in law. The little girl insisted on taking the tab. "Dada I am not a kid", she claimed in a very small voice. My Dad had always wanted a daughter. I can now understand why. 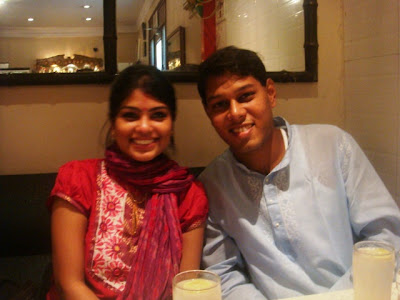 My mother pointed out that the Jimmy's was one of the few Chinese restaurants at Calcutta in the early 80s. She observed that the layout was more or less the same, including the location of the unisex loo! I remembered the little window from which the food would magically appear. Quite a powerful imagery to have remained through close to thirty years. 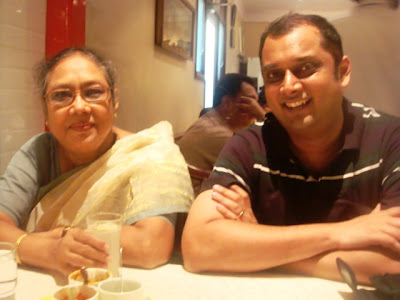 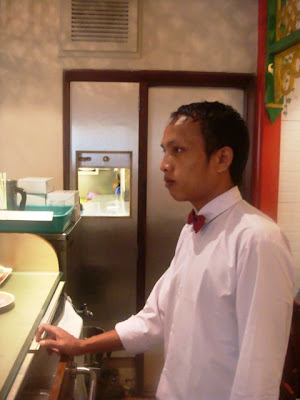 Jimmy's remains quite popular even today. The place was full of happy families buzzing on ajino moto. It was Saptami, the second day of the Pujos. We had to wait in a queue. My bother knew Kanu, the floor manager and tried to weave his way in. I remembered an old Calcutta trick. Took out a Finely Chopped card and said 'Press'. Between the two of us we did get the ever smiling Mr Kanu to get us a table fairly soon. 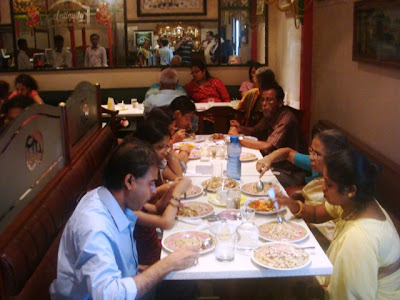 Jimmy's is owned by a family of Chinese origin. Kanu showed us the picture of Mr Jimmy, the original owner. He has passed away and his son, a Mr Chen, apparently runs it now. I think I had seen Mr Jimmy or some Chinese gentleman when I used to come here when I was eight. The owners weren't around today. 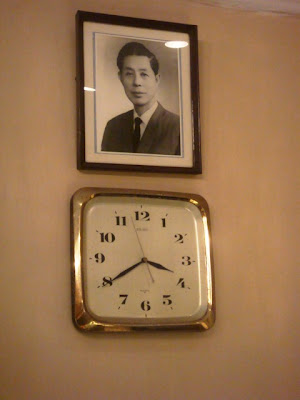 Thanks to the Chinese owners, pork featured on the menu, I saw char siew, spelt as 'cha shao' here, on the menu and ordered it. My brother said that they had an Indianised version with more chilies sold as roast chili pork. The 'cha shao' was pretty authentic, delectable, with the taste hinging on the character of the meat. It did remind me of the Char Siew that I had eaten at Singapore's Chinatown. 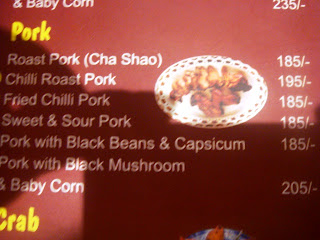 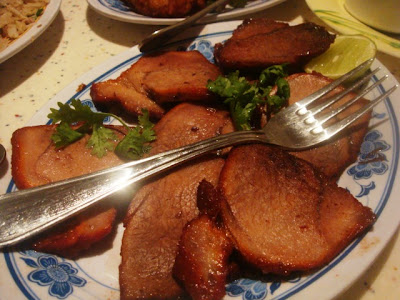 The chicken and shrimp fried rice was well flavoured even if a tad salty and lukewarm. In the best traditions of a good Calcutta Fried rice it was a dish you could eat by itself if you wished without a side dish. 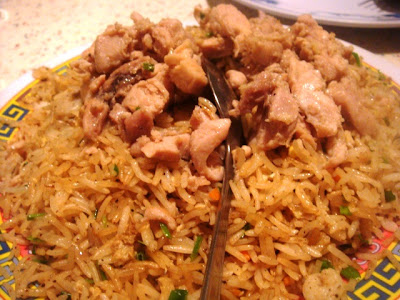 Lil sis in law showed rare animation and determination and insisted on ordering a Cantonese styled, unique to Calcutta, chowmein. Ice cold pan fried noodles in a sauce. I asked them to reheat it. The steaming plate of noodles which came back was a feast for the senses which made me see my new sis in law with renewed respect. You will not get this sort of noodles anywhere else in India. Well at least not in Gurgaon where the newly weds lived, nor in my Mumbai. A real treasure going back to the time when you got Chinese food in India and not 'Indian' Chinese. 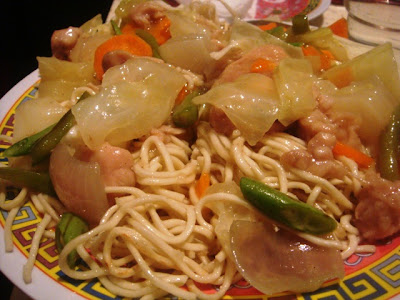 My brother strongly recommended the chili chicken here. It didn't look like any chili chicken that I had seen in a long long time. Just brownish chunks of meat and finely chopped bits of green chilly. I thought that it would be dry and aged. I was surprised by its juiciness. Biting into it was a distinctly adult pleasure. 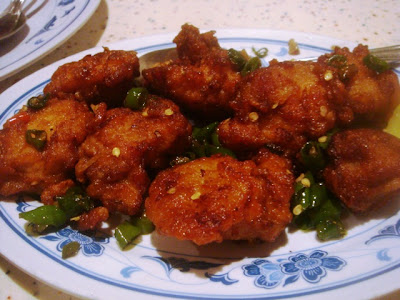 We thought we needed to order more. We were wrong. We were stuffed. But we still did order.

The mixed Hakka Noodles (my suggestion), "with pork" as the waiter surreptitiously said, was a damp squib. The noodles were sticky and clammy. Didn't have the elegance of a good hakka. Everyone at the table was disappointed. It failed my hakka noodles test. I could make a much better one at home. 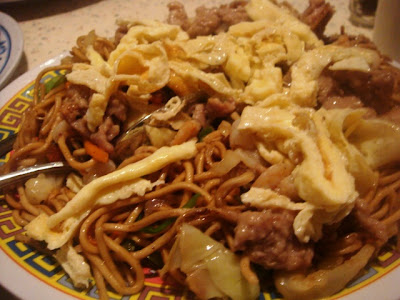 I also ordered a plate of 'prawn balls'. Another uniquely Calcutta Chinese dish which I remembered from places such as Jimmy's. Dry batter with prawns a distant, invisible speck. My mom later told us that the 'golden fried prawns' were the speciality here. I believe that the Commonwealth Games Closing Ceremony didn't match the opening. Well you could say that about our lunch. The prawn balls were bereft of life and soul. Again lil sis in law didn't mince her words. 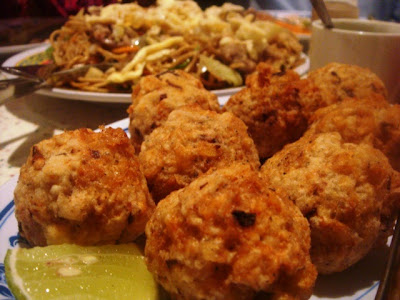 The food at Jimmy's had its moments of brilliance. Of authenticity which one rarely finds in Chinese food in India. Served by a family sticking on to the traditions of its Motherland. The food was patchy at times. The service was friendly and competent but some of the food was cold.

But honestly I didn't care. For with my meal I got a serving of happy memories. With the newly weds bringing in the promise of new happy memories to be created. Pride, joy, warmth, good cheer, playfulness, merriment ... what more could you want out of a meal? 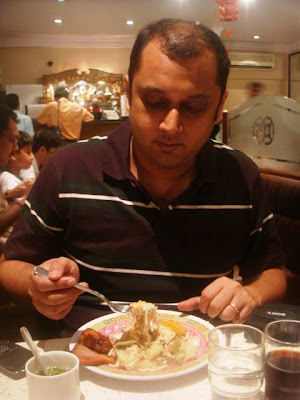 Miri said…
Delicious food! :) Glad you are enjoying yourself with food and family - the best time to be in Calcutta of course!

Ashtami celebrations here were overwhelming as well - the dhak never fails to stir up some pretty strong feelings!
16 October 2010 at 21:16