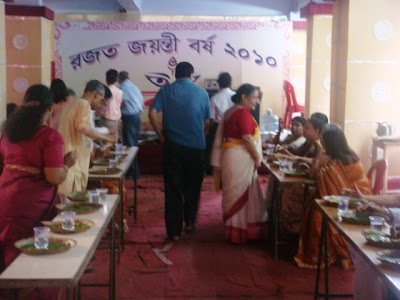 I am away from Cal and my parents on Pujos.. and I missed Cal terribly. But your blog post made me feel so so so happy! I relived my Pujo.Thanks
17 October 2010 at 23:32

jjs said…
shubo bijoya, in delhi missed the pujo that we have at my ancestral place, raniganj in bihar(close to indo-nepal border), this is the 33rd year of pujo started by my kaka.the photos reminds me of the pujo at home.
18 October 2010 at 10:57

Ghosh Kaku, thanks for the biriyani

@jjs pujo seems so incomplete when one grows up