And this is why I Blog... Filter Coffee with Young Madhu, Sundarshini, Bengaluru

I wanted more coffee in the evening. We were at KH Road on work. I wanted coffee. Filter coffee. I spoke to our local colleagues. They conferred between themselves and then one said, "there is a shop. A bakery. Only standing. No sitting. Very good shop."

The young boy who was manning the video equipment was commandeered to take me to the coffee shop. We walked down the road at a brisk pace. He seemed to be in his early teens at the most. We didn't speak a common language. Our conversation was in mono-syllables. Barely managed to figure out that his name was 'Madhu'. He looked at me and said "where?".

He nodded wisely as he chewed on this information.

We reached a petrol pump, took a left, we were on a road below a flyover. He pointed in front and said "Darshini". We crossed the road and he took me into a specific section. It looked faintly reminiscent of South Indian fast food shops in Mumbai's office districts. Except there was no chairs. Just some stands to keep your plate on. The cash counter was right at the front. You paid and got coupons. 8 Rs for a coffee. I picked two. Madhu realised, and said 'no', I smiled and said, 'its OK'.

We went to the food counter inside and gave our coupons. The man at the counter took two stainless steel tumblers out. Poured an inch of coffee decoction into each. And then milk from a tumbler which he poured in like a fountain, like the Ganges falling on Lord Shiva's head. A frothy cup which would be unmatched by any cappuccino Barista.

Madhu poured a bit of the coffee into the small steel bowl in which the tumbler was placed. I followed his lead. The hot tumbler singed your fingers. The coffee calmed down once poured into the bowl. I took a sip. Moksha. The coffee perked you up, rejuvenated you. Opened your third eye. This was powerful stuff.

I took out my camera. Madhu grinned and said 'photo'. I begun clicking the coffee from various angles. Madhu was bemused, "Bombay, no coffee?"

The coffee was really good. I ordered one more. Madhu declined. "Badam milk" he explained as I looked at the coffee maker a white powder instead of the black decoction in another customer's cup.

Coffees drunk, we walked back. I don't know what struck me but I suddenly looked at Madhu and asked "cricket?"

And then the dam broke. I learnt that Madhu not only followed cricket but played it too. That he was a batsman. A big fan of  Tendulkar. He studied in National High School. Same school as former Indian captain, Banglaore's very own Anil Kumble. That Kumble had come to Madhu's school recently. He had signed an autograph for Madhu. On a cricket bat.

To think that we had exchanged all of four words before this.

We reached the hotel. Work done, I was leaving at night. I saw Madhu sitting on a chair at the corridor sipping a coffee in a gleaming white hotel cup. He saw me and ran towards me and showed me his mobile. There was an SMS. "India 211 for 6" (or something). We looked at each other, nodded and shrugged.

I walked towards the lift and waved goodbye. Madhu asked, "tomorrow?".

I shook my head.

He did look a tad sad as we shook hands.

Suddenly the phrase, "Cricket is the religion of India", didn't seem like a cliche. 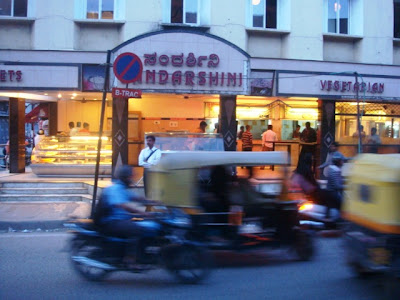 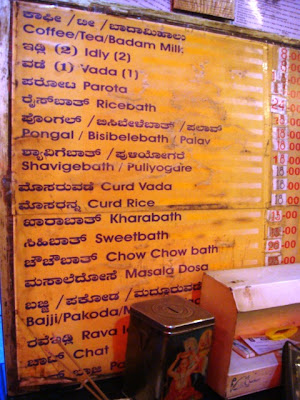 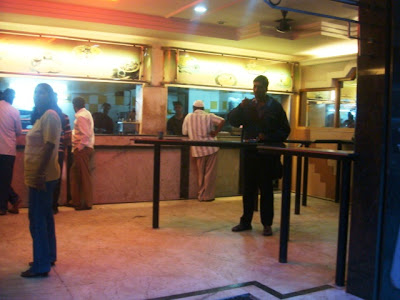 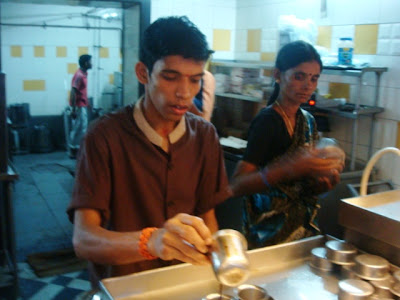 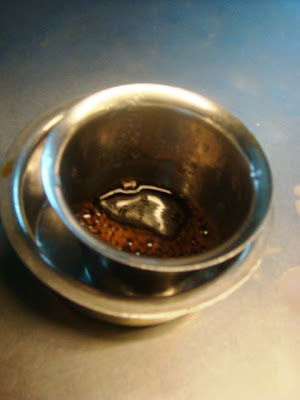 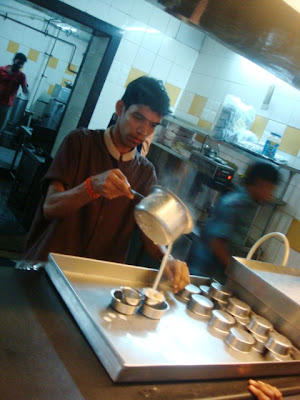 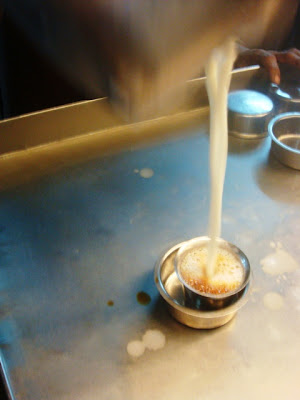 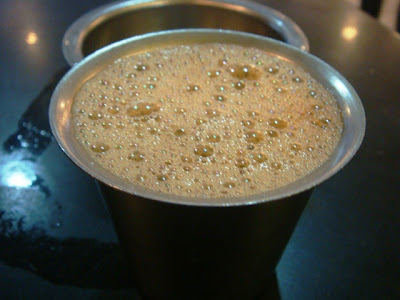 Unknown said…
beautiful. lovely.
I guess what you say makes sense- having a good time is what matters- for the rest there are timesheets.
24 November 2010 at 01:11

Kalyan Karmakar said…
@Curry Spice as a cheap self help book once said (got it as a gift) "no one says I wish I had spent some more time at office at their death bed"
28 November 2010 at 21:43

John the coupon save helper said…
Amazing, what are the ingredients of this coffee? I am wondering, is it really made of spices? I am not really a fun of coffee, but if it tastes good, I will surely try.
15 January 2011 at 02:32

missydee said…
I would recommend the filter kaapi at Cafe Madras in Matunga, along with anything else on their menu. Their "specials" are a one-way ticket to food heaven!
15 August 2011 at 13:19

Anonymous said…
apart from the brief but nice review of my city, I must say Im much more in awe of the "hero" of your story aka madhu...you come across as a very nice human being :)
17 October 2011 at 23:50