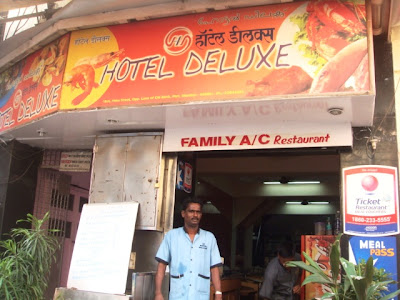 "I am a total whore for a grand, old, colonial hotel in Southeast Asia." Anthony Bourdain's blog post, "Comfort Zone'

You need to be really gifted to have The Master's turn of phrase. He is The Jedi Knight after all. And what with my mother reading the blog thanks to my little sister in law, I can't really use bad words can I? But there's something about South East Asia, especially its Hawker Centre's and food carts and sleepy towns such as Penang and Chiang Mai which make me go weak in my knees. It would take sheer genius to think of adding crunchy fresh bean sprouts to a thin soft curry with soft noodles and tender meat  right?  I doff my hat to this land of fresh food, of harmony in colours and flavours and balance of textures and fragrances.

And to think I was there just a few days back. Thankfully I am still at my own little pre-colonial Eden of Fort at Mumbai which has ensured a soft landing back to reality. I went to Parvez's Cafe Ideal Corner and ate a nice Parsi biriyani (with potatoes) on day 1.

Then I caught up with MumbaiCentral (MC), my lunch mate at Fort, the lawyer  who tweets and who currently has an axe to grind with  Indigo Deli after a Mad Hatter's dinner there. All I have to say to callous restaurateurs is that if you mess with my friends then you mess with the Blogerazzi. And yes, the chairs are engineered to give you a slipped disc at Indigo Deli, Palladium and the Bourbon croissant pudding which once enthralled us was limp and deflated in our second visit.

No such problems at the pace where MC and I went for lunch today. A place with no pretensions and a lot of history and character. A place with an honest heart and soul nourishing food.

There is a by-lane at Fort, just before the Vodafone shop. Starts with a South Indian temple and a sign which says 'Pitha Street'. There are three Keralite restaurants there starting with the most ornate, 'Taste of Kerala'. A reader had suggested the Deluxe for the vegetarian thali. He had even offered to help me navigate through the meal. Our meeting got pushed back thanks to my travels. So I thought of going there today by myself. Then quick plans were made just before lunch and MC and I ended up heading there.

We reached the restaurant, a hole in the wall by the the road. We were about to enter when the gentleman at the counter got very agitated and gesticulated towards the staircase at the door beside us. He frantically asked us to go up, almost if we had stumbled into an Opium den of yore. Well, up we went by the cough syrup pink staircase. Onto a cool, quiet blue room with about four tables. "AC?" they asked us. "Why not" said MC and we went in. Luckily the AC section wasn't dingy or musty as it tends to be in these small places. Yes there was a '20 percent markup' as they later told us. Yet no dish reached the three figure mark. The true Dollar Restaurant.

We ordered the flagship banana leaf vegetarian meal. And here's the fantastic thing, they had non vegetarian food too! MC suggested that we go for the ghee 'roasted' (deep fried, she said) squed (sic). We had to settle for prawns as there were no squids.

The prawn dish was one which disappointed me to be honest. Tiny, tiny prawns which I could have spotted more easily in my 20s with better eyesight, drowned in a fiery red masala. A dish which lost its soul in its garish access. Sort of like the petticoat and blouse, busty, plump thighed heroines of Malayali 'adult film' posters that the school boys of the 80s would ogle at outside theatres such as Pradeep at Calcutta. Shocking, forbidden, racy yet not titillating.

And now I am going to reveal something which too many people won't notice. Hopefully. We are, after all, in the ninth paragraph in the age of micro-blogging. But here's the thing. I actually liked the vegetarian thali more than the prawn dish.

Well, in my defence, so did MC m'lord. In fact we left the prawn flavoured masala unfinished.

The thali worked for me. Hit the sweet spot. Right from the roasted chilli with the achar mixes, to the mildly bitter, bitter gourd or karela infused light gravy, the slightly sweet unripe banana dish and the chunky soaked gram based dish to the shot of rasam appetiser and shot of semolina  payasam for dessert...they all worked for me. But what excited me the most was the red rice. The grains looked like little bubbles which popped in one's mouth like some rather playful popcorn. A very light and cherubic experience which made you realise why Malayalis are addicted to rice, even if it is rice as you have never known it. I have tried vegetarian thalis at Udipis and at Guajarati restaurants. The Keralite/ Malayali vegetarian thali at Deluxe I genuinely liked. And I will definitely be back for it.

What I also liked was the lazy, languorous mood in the restaurant. Chairs were comfortable even if basic. Designed to make you feel at home. You were unhurried here. Just the perfect idyllic setting for friends to catch up. 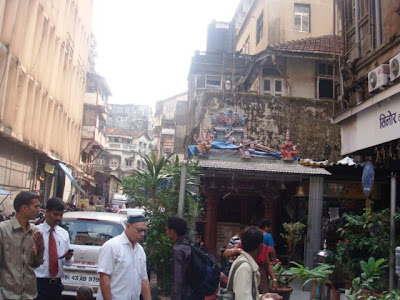 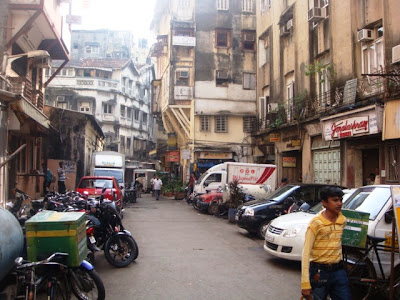 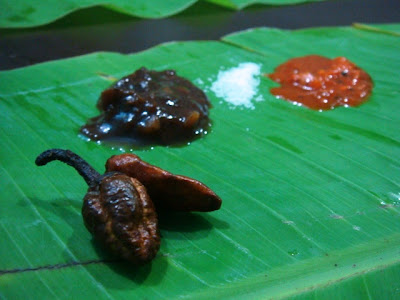 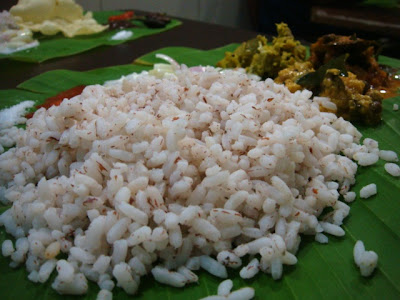 hamaarethoughts.com said…
yay!! first one to comment...
Awesome...pictures..makes me hungry again..the hotel is little rustic :) but food looks awesome...I think kalyan you are having all the fun in life...Good luck :)
17 November 2010 at 04:48

mumbai paused said…
This was where you should have gone for the Onam sadhya.

I just happen to come across your blog....nice & informative post.

Kalyan Karmakar said…
Thanks harman and touch wood, I need all the luck :) Its actually a restaurant and quite basic

@mumbai paused, I'll have to come back to Fort on Ondam then. The prawns were cheap. I think 60, 70 bucks without AC

vandana rajesh said…
Nice post...Deluxe is a fav haunt for the homesick Malayali...have been there once and loved the food...really authentic Kerala cuisine. You must try the squids next time and also crab. Also Malabar/kerala parotta.
I agree with mumbai paused its true that in kerala prawns/chemeen is the small variety that u usually get unless u specifically order tiger prawans in a big restaurant. And yes, it is the place to go for a delicious Onasadya.
19 November 2010 at 16:28

Unknown said…
Just today a Malayali friend happened to mention the food at Deluxe... later I did a Google on it and hey... up turns ur blog at the very top, complete with all the info I need! She said the fish is really yum... didn't you try any fish?

Thanks for unearthing these hidden gems - I lived in Mumbai for 23 years and never knew there were Kerala joints - serving rosematta rice even!!! Kudos!
21 November 2010 at 15:43

Kalyan Karmakar said…
@Vandana...they didn't have squids the day we went but it is definitely a wonderful place

@Srabana...great it worked for you. i am not much of a fish person. I thought of trying Karimeen but MC said that you don't get Karimeen out of kerala

krist0ph3r said…
went there yesterday. same mouth-watering experience you described. btw, they serve beef too, but it's not on the menu because they don't want to offend customers. i'm going back soon to try it!
16 March 2012 at 15:02

Kalyan Karmakar said…
discovered that towards the end Kristopher...i used to go there pretty often...I think i had a beef chilli
21 March 2012 at 16:13

Hotels in delhi said…
Wow, wow, wow! I wish I was a great cook like you, because trust me I am falling short off words to express what I am feeling after reading this blog post. I really appreciate your food.
9 May 2014 at 17:56