Lucy in the Sky with Curries...Baiyoke Sky Bangkok

on November 07, 2010
The folks at TMRS took us to the Baiyoke Sky Hotel for the dinner. As our hosts pointed out, it is the highest point in Thailand. They summed up the food as "all right". I would agree. But then five star buffets never  hit the sweet spot with me. On the plus side, most of the food was straight off live counters. The place was full - families and tour groups, magicians and boys dancing to percussion beats. Later we saw that they were practicing to moves of a South Indian dance number on a mobile phone.
As luck would have it, I was not hungry after the hour long drive through some crazy traffic. Then I saw the counters - Thai, Japanese, Malay, some Western stuff, sea food, desserts. So I did what Mickey would do with Rocky. Except that I had to look after myself. So I nursed myself with sips of Coke from the fountain and survived victorious after rounds of martaba, sushi, chicken green curry, duck red curry, massaman curry, a rather sweetish unspiced tom yum soup (you have to ask them to add the chilli apparently) and then some flambeed pancakes. Yes...there was a lot more to eat than what I ate. It wasn't a knock out victory. But like Balboa I stood proud at the end of it.
Went to the 89th floor and stood at the open deck...the breeze was nice. The view? Our local dinner companions were excited. Possibly they could spot their homes. While I was transfixed with the flashing 'I am disco dancer' like lights at the top of the building.
Just the launch pad that I needed to hit the subaltern food courts the next day. 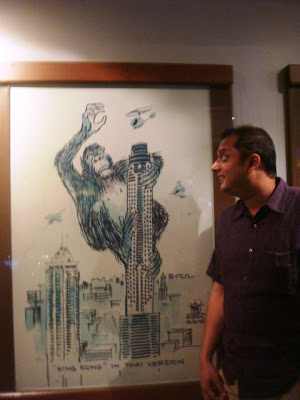 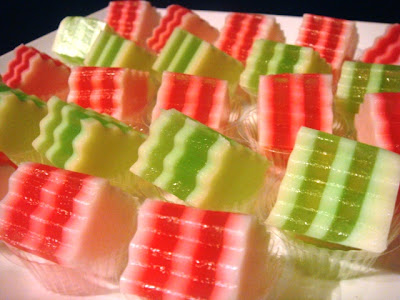 Reshmy said…
YUMMMMMMY. You cant do this to people who aren't about to get on a plane immediately.
11 November 2010 at 20:27