Jousting with the Knights at the Upper Crust Food & Wine Show 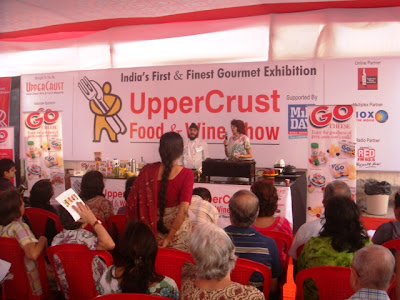 Honestly I wasn't too keen to go the Upper Crust Food & Wine Show today. It was Sunday. Going all the way to 'Town' seemed too much for my Bong genes. Then there was the wannabe Bandra snob in me that said that I have access to any food product that will be at the exhibition. And I am currently based at Fort. Between the two I had all restaurants that matter covered too.

I finally fought supreme laziness and  did go. Caught up with a a few of the Knights there. And their friends.

Yes, I wasn't looking forward to the outing. The food stalls were no different from 'Hyper City' as Bombay Foodie put it when we bumped into her. Bombay Foodie then rushed off to see Ms Basu's session on pairing wine with fruit. I skipped that as I knew that Purple Foodie was coming up with  a post on that soon. I was shaken by the first stall which was selling 'vegetarian' sushi. But did enjoy meeting the merry men at the Shaan counter. Felt like a proud foster parent at the 'Soul' counter. Suspicious and then enthralled by the Sugar Free brownies. Finding out more about olive oils and tasting a nice pesto spiralli was good. Then there was the guy selling vegetable choppers. "Close box and fine chop." "Then close again and fine chop." "Again close and fine chop". I should have copyrighted the phrase. There were many wine counters and one where we took a small sip from. The chewy gouda at Amul, the Masterchef India of cheeses I guess. It was a place full of folks interested enough in food to make a trip all the way to South Mumbai on a holiday. A happy place.

No I didn't really pick anything but would be good for folks who don't have access to stuff easily or are looking for good deals. And of course a variety of stuff under one roof with people explaining things to you... how to use EVOO if you must for cooking, how you should have green tea before and not after a meal and er, two girls in a cow's milk stall who kept giggling at whatever we asked. 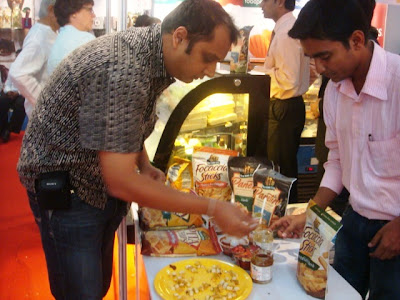 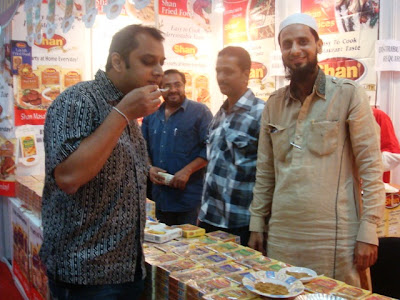 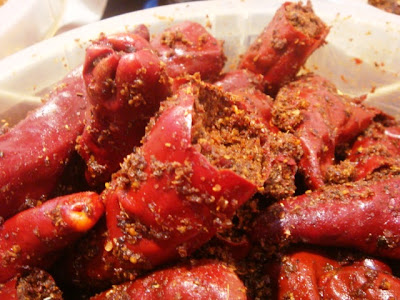 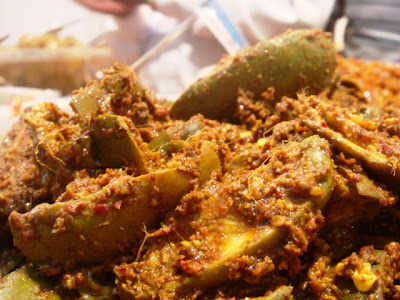 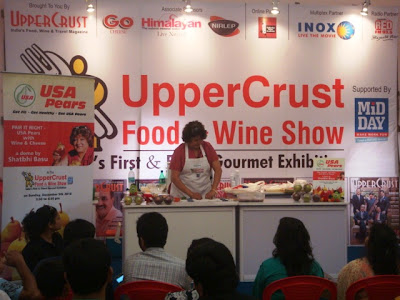 I went down for lunch at 4 pm. The food was in the courtyard. Soumik suggested Parsi Da Dhaba but I have Ideal Corner. My favourite Kakori House was there but I get that on call at home. Though of course not fresh from the fire. I did some fairly combat area photography there as I took my camera straight up to the fire. Was fascinating to see the kakoris and gulautis form right in front of my own eyes. The kakori delicately glowing to perfection on the sheekhs while the more feisty gulauti being fried on the flat wok. It was clear why Vir Sanghvi called Kakoris aristocratic and gulautis 'poor man's kakoris'. Both of course the best melt in the mouth near pate like kebabs in the world. Stuff which would make foie gras seem plebeian. 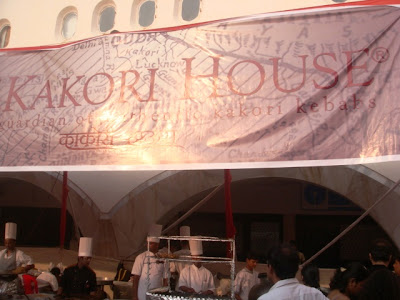 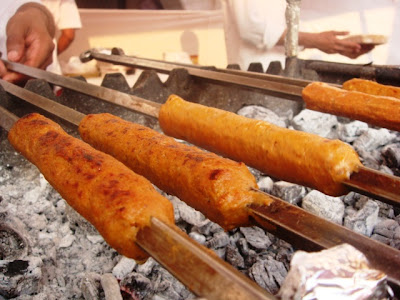 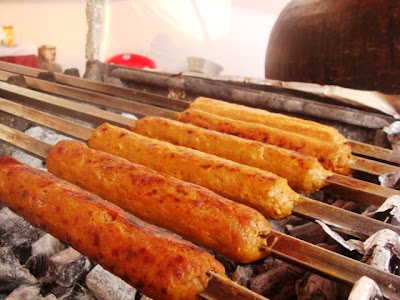 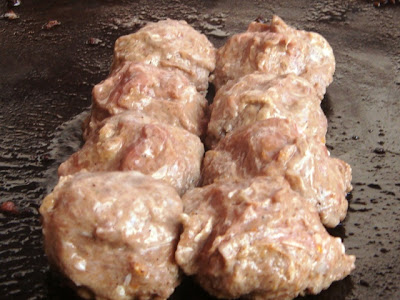 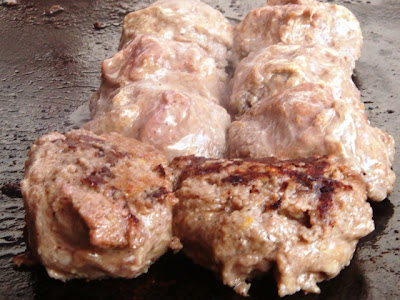 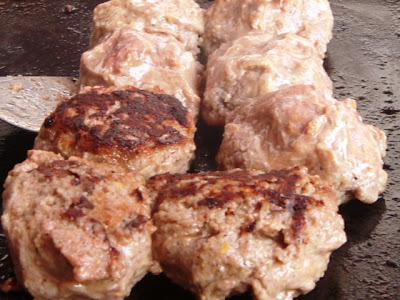 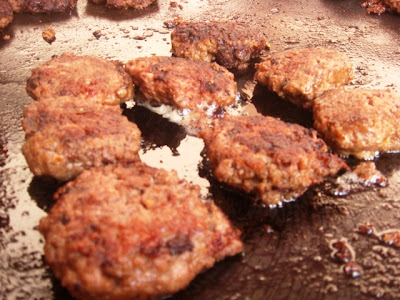 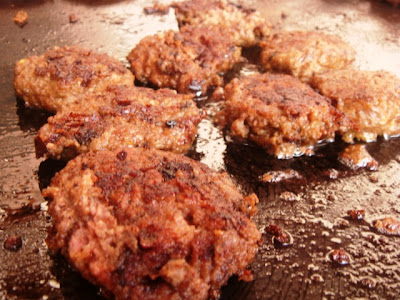 I ate at Noor Mahammadi's stall. Met Rashid who is the third generation director of this restaurant opened in 1923. I had some unfinished business here as my friend Kirti and were supposed to go here. He would keep raving about the 7 Re shammi kebabs and I had a couple, clicked pictures and Blackberried them to him at Bangalore. They were really soft a bit like Kirti who is a softie himself and a great host. I had a biriyani with white chicken which was like a pulao and chicken korma and the iconic 'Chicken Sanju Babu'. A recipe apparently given by him to the folks at Noor Mohammadi. From a time before his wife allegedly cook her way to his heart according to today's Mumbai Mirror. The dish was juicy, rich, colourful, slightly sweet with a touch tang, pleasing in the best traditions of Bollywood. 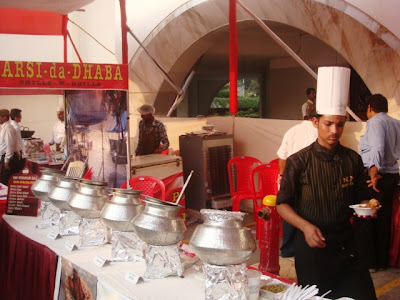 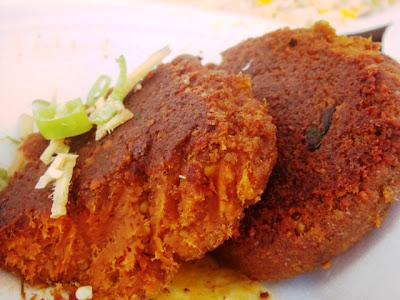 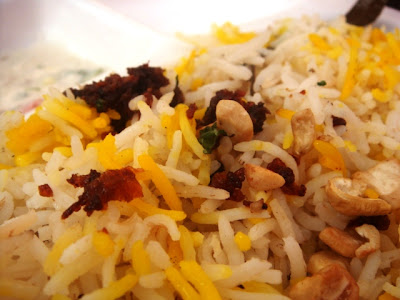 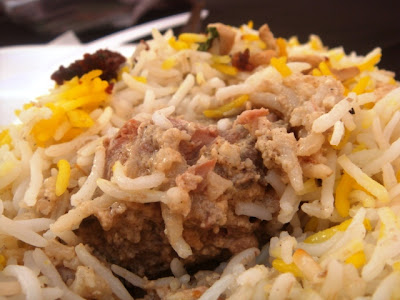 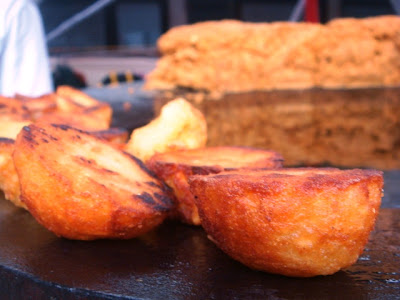 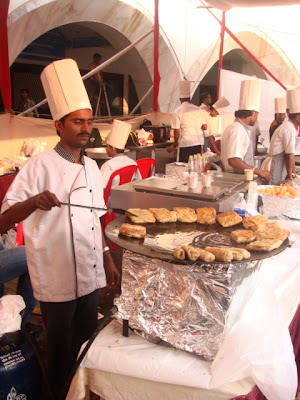 The evening ended with Farzana Contractor, editor of Upper Crust, throwing open a grape stomping barrel. A few from our gang jumped in while a couple of us did a Bong photoshop and got photographed by the press while standing outside the barrel. For some reason Ms Contractor and her team put all the champagne bottles on our table. We left after posing for some crazy photographs. The bottles largely untouched even if the photos don't suggest so. 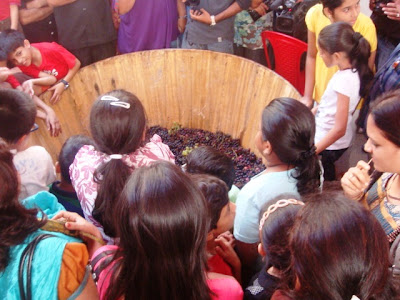 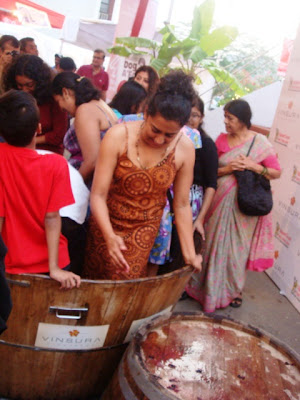 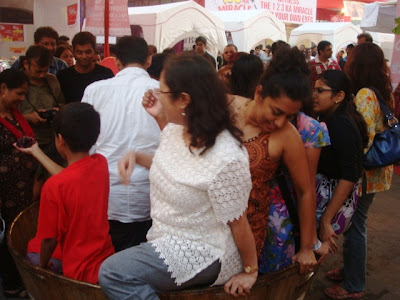 Miri said…
The chopper works only as it is on the demo table - take it home and it stops. Enuff said!

Anonymous said…
Can guarantee that Noor Mohammedi Restaurant is going to have an increase in their customers after this post!
6 December 2010 at 16:32

Miri, anyway these are sold on the streets of India