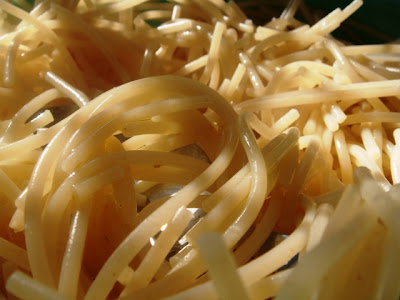 We ate out every evening till we had a place of our own. 'Chinese', would be my answer when asked to choose. Much to her consternation. Specially since I rarely agreed to go with her choice. 'Pasta'.

Then we had our own kitchen. Couldn't afford eating out any more. She cooked pasta. I learnt from her. I cooked pasta. When we began eating out again we realised that we made pastas better than most restaurants in town. We didn't under salt them. Nor did we serve them cold. Our sauces proudly wore the flavours of meat which were a part of dish right from the beginning. Not tossed in at the end. Our sauces were sauces and not curries. They had character and were not albino or pink. There were very few places out of our kitchen that we would trust for pasta. Out of the Blue, Cafe Mangii and Restaurant 5 were a few that pass muster.

I recently discovered a little trick of my own. Helpful when we go to continental restaurants. I order spaghetti aglio olio (spaghetti tossed in olive oil, not a creamy pasta). Or spaghetti with pesto sans cream. At least spaghetti is close to noodles of my beloved Chinese restaurants. It is its grandchild after all.

And she is happy. After all these years I finally don't insist on Chinese for every meal.

I picked up some squids from Poonam and Sangeeta's at Khar Fish Market this morning. And then a local Bluebird Spaghetti. A lot cheaper than the imported ones. I was going to cook spaghetti aglio olio.

Chopped and washed the stuff in the morning. Boiled the spaghetti. I photographed. The story had begun.

Whiled away the day waiting for dinner. Prepping the recipe in my mind. Created from snatches of what I had read and seen on TV.

Coffee in the evening. A trip to Moshe's where we picked up the walnut fudge cookies and the hummus. I had praised the olive foccaccia too much I guess. It was over. We headed home. Sweet little nothings whispered into my ears.

"Listen, I know you are making a non creamy pasta. But can you makes sure that it is not absolutely dry. I find that impossible to eat".

I started planning in my head. A second round of olive oil after tossing the squids in olive oil and then adding spaghetti to it should do the trick. I got ready to cook. Ready to crack the challenge she threw at me.I turned on the tap to wash my hands.

There was no water.

Not a drop in any of the faucets at home. Thanks to the painting work going on outside.

Visions of unwashed dishes and pans were too smelly for us. The squid reluctantly put into the freezer. The boiled spaghetti tucked into the fridge. Dialled the phone to call in for biriyani and Gulauti from Kakori House. 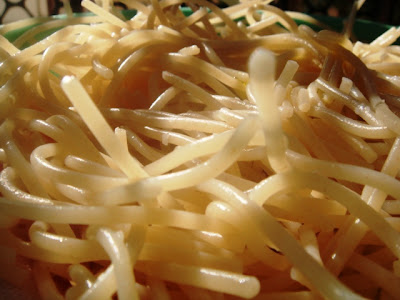 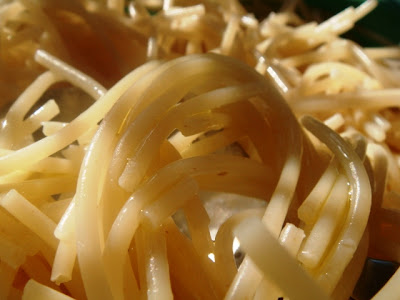 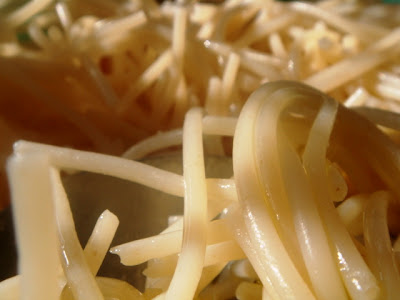 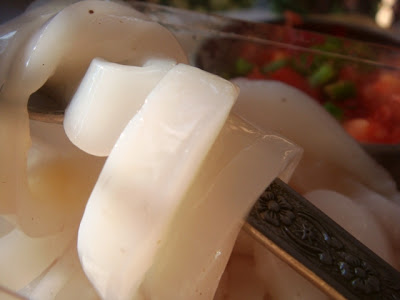 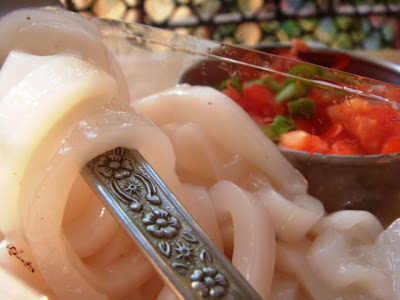 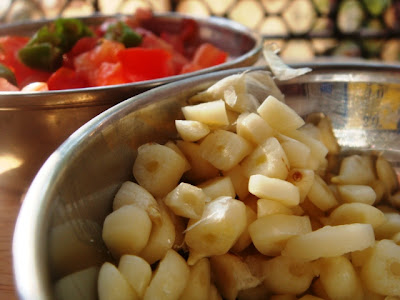 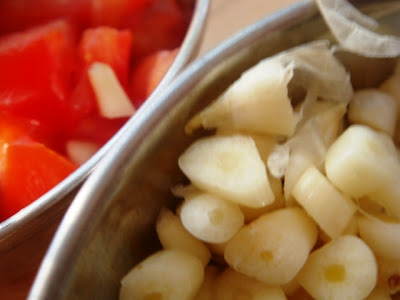 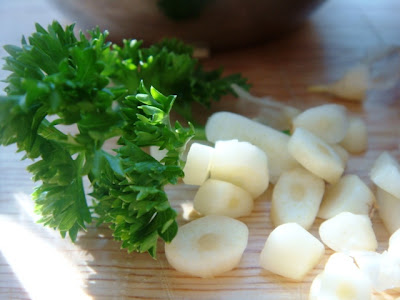 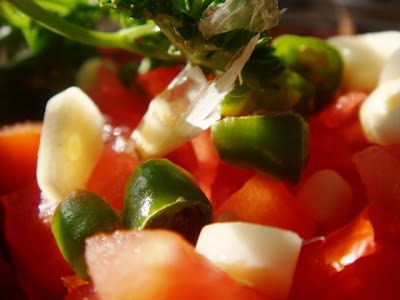 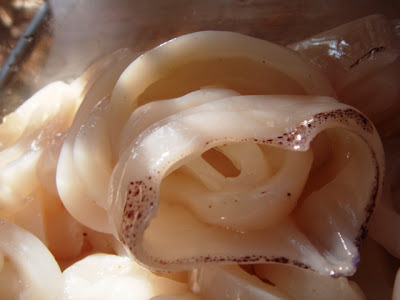 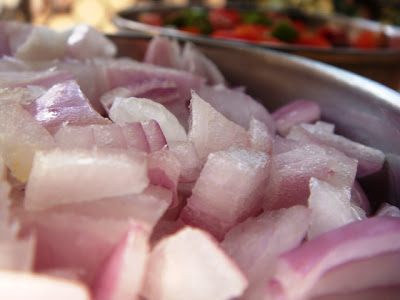 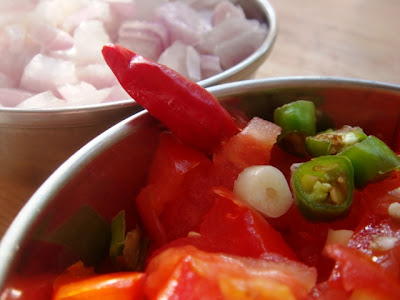 hamaarethoughts.com said…
ha haaa..good..that's fun in life..enjoy !!buddy, life is full of surprises..BTW the pictures are awesome ..and cutting and chopping done very well!!
:)
20 December 2010 at 03:31

Unknown said…
I almost drooled. Yumm! I agree the aglio olio at Cafe mangi was super. These pics are great. The lighting is perfect. Night shots?
20 December 2010 at 10:17

@Curry Spice: Afternoon. Got banu to chop everything for dinner

@Harman...well the biriyani was good :)

Thanks though I must admit that the squids were chopped by the fish seller and the rest by my maid. I was the director and camera man :)
20 December 2010 at 13:10

Home Cooked Oriya Food said…
loved the pasta read! We the same story at home.I want pasta in all meals, hubby prefers anything else but pasta....
20 December 2010 at 22:03