The City of Dreams... a fish curry inspired by the city of Mumbai 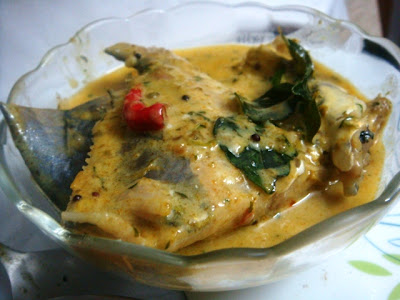 Fish bought three Sundays back, frozen in the fridge. Packaged coconut milk, ready made tomato and onion paste. Must haves in a fast modern city. A cooking tradition inspired by the sea bordering it. Curry leaves and mustard seeds from the Gomantak, Keralite and Mangalorean kitchens of the West Coast. Fish sauteed first and not just plopped straight into the curry. As is the norm in Bengal in the East. Fresh spices ground in a mortar and pestle picked up from Chiang Mai in Thailand. Inspiration from foreign shores.

K was right. The fish curry I cooked up last night did capture the essence of the city of Mumbai. A city where old meets new. A city whose natives make you feel at home no matter where you are from. To use the oft used cliche, a melting pot.

I had just planned to use ready made cooking pastes lying at home last night with a trip to the gym thrown in in between work and the kitchen. Then I came back, saw the mortar and pestle. This is the story of what followed. 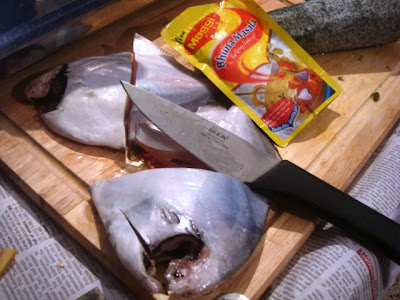 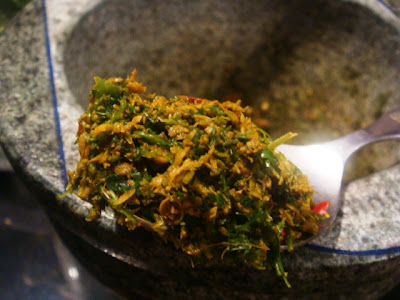 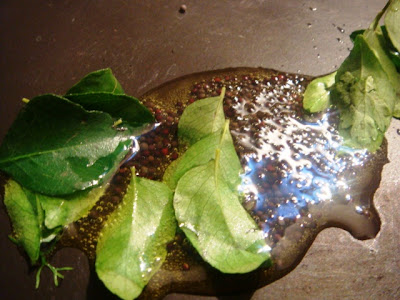 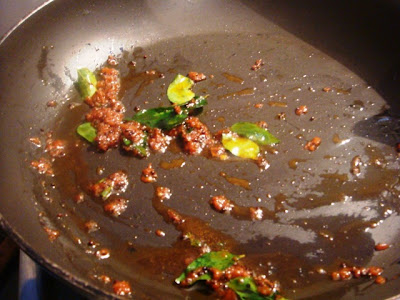 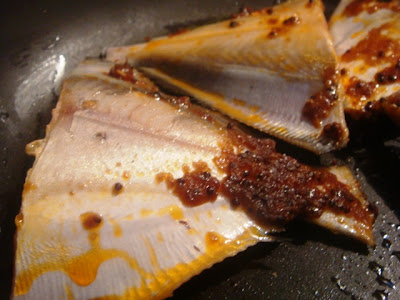 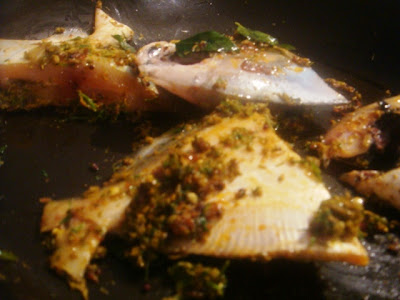 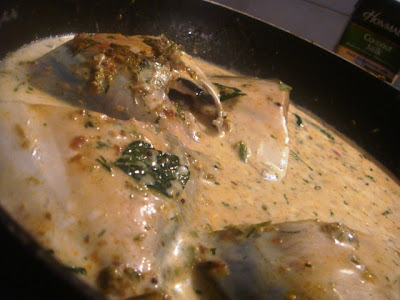 The beauty of the curry to me was that it captured the delicacy of Thai cooking. The sauce didn't smother the taste of the fish as is the tendency in the South West coast of India. The fragrance of curry leaves and the frequent bites of mustard seeds giving it a Mumbaiyya touch to it. Felt good at the end of it. A nice way to bring in the weekend. 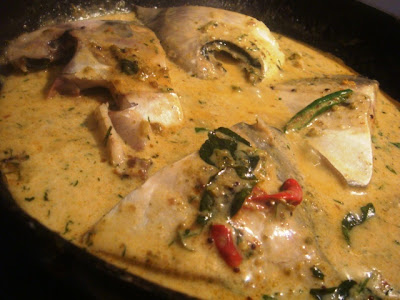 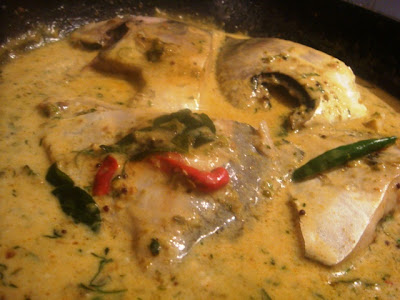 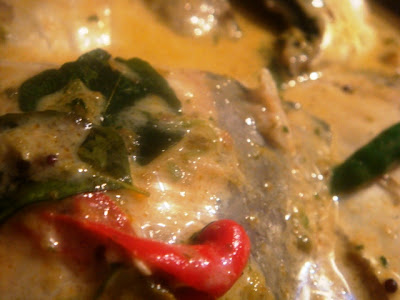 Kalyan Karmakar said…
@Sayantani...carrying that home was a task worthy of Batul the great :)

@Harman, thanks and hope you enjoy it

Kalyan Karmakar said…
@Scarlett: well it's all for the love of food

@Lucie: you are welcome

Shobita K said…
MMMMMmmmmmmm....dying for some pomfret here in California! And your curry looks especially yummy. Wish you could send it to me via email..hahaha...

Kalyan Karmakar said…
@Shobita, wish I could send it but you could give the curry a try with other fish perhaps?
14 January 2011 at 00:48

Shobita K said…
Thanks for the thought Kalyan. We don't really get a variety of fish where I live. And certainly not fresh. I will certainly try your recipe if I find good fish.

soulsearchingdays said…
Hi, Fish curry and rice.. any time from me.especially the kerala one.. with coconut and without coconut.. well yet to taste a bengali fish curry.. but I am sure I will some day.. it seems I have strange connection to Bengal.. kuch raaz pichle janam ka types :)
14 January 2011 at 13:22

Kalyan Karmakar said…
@Shobita: might be interesting with chicken too

@Sould Speaks: I feel that way about the Orient. And Goa. Pichhle janam and all

@Sanchita, hope you enjoy it