Could Sunday mornings get any better? ... Chocochip pancakes by Gia 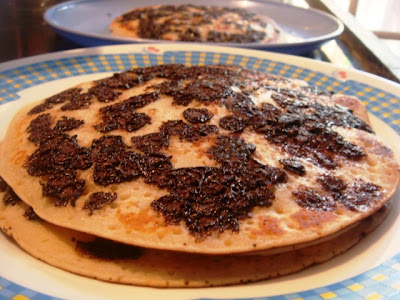 Have you ever been lucky enough to experience the celestial aroma of pancakes forming on a pan?

I was this morning.

I nearly swooned as the heady fragrance of pancake batter hugging the saucepan wafted through the kitchen. What a wonderful way to bring in Sunday after a night of long soulful conversations and robust food. So what if the newspapers were missing this morning? As was Bunkin Banu. Still, the kitchen smelt like heaven. The secret apparently lay in the cinnamon powder in the batter according to the Sorceress at work in our kitchen. 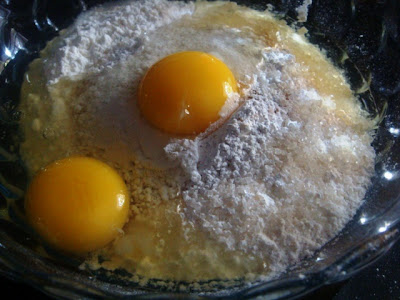 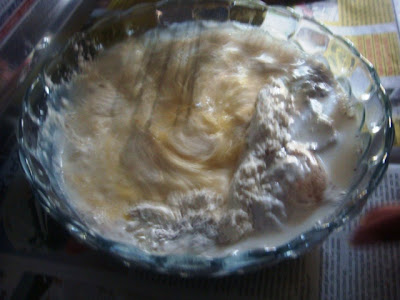 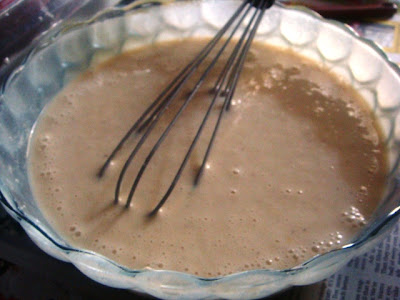 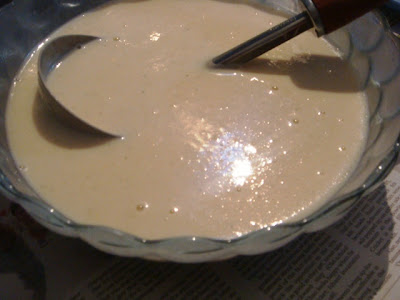 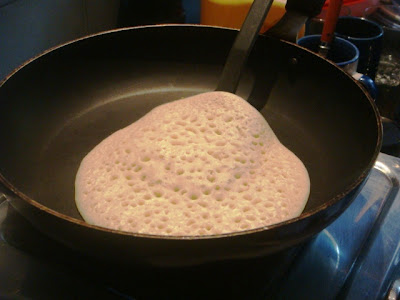 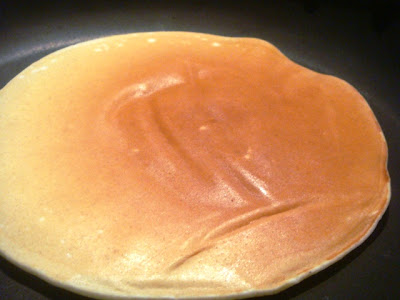 She made pancakes for us a few weeks back, the morning after another long night. I had cooked that night and the kitchen was a war field. Yet she was undeterred. Ours isn't a baking house. So I was dispatched, sleepy and bleary eyed, to get flour, baking powder, honey, cinnamon powder, butter...yes we are quite unequipped on this front. She cooked unfazed by the unwashed vessels around her. But the absence of baking or desserts basics such as egg whisks, flat spoons, flat pans got to her and she initially forgot to add eggs to the pancakes.

Still, tasted great to me.

But she wasn't satisfied. Over her next visits to our place she quietly got in an egg whisk and and a flat ladle to 'flip'. And last night she came with Mediterranean salad spices for me and chocolate chips for the morning after. 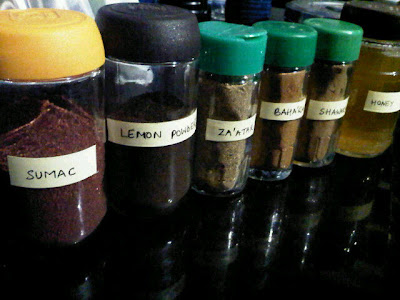 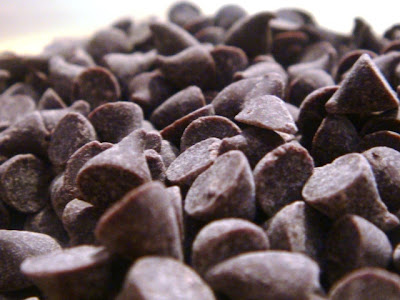 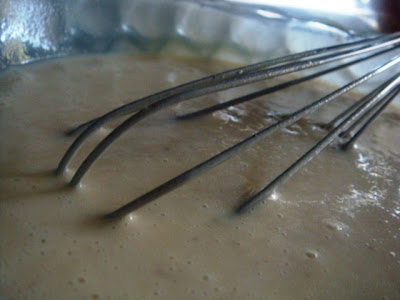 If the aroma of pancakes were divine, then the sight of chocolate chips melting into the batter was intoxicating. The dark chocolate chips slowly easing into the pancake was one of the most beautiful sights in the world. You almost felt as if you had attained salvation and reached the Promised Land. Except that this was even more desirable. And yet K, went "add more chocochips Gia, add more woman". The little woman does get a bit manic when there is chocolate around. 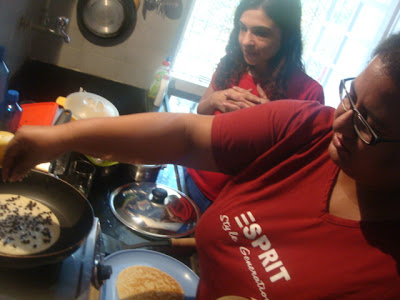 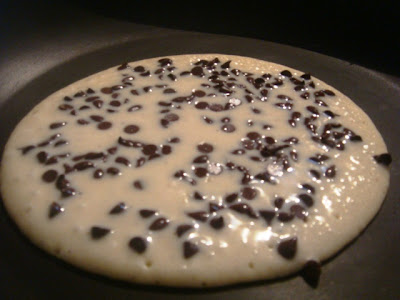 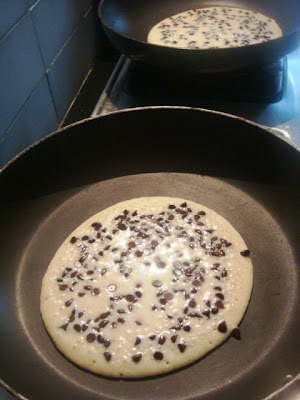 The taste of the pancakes lived up to the promises of its aroma and visual arousal. It was everything it promised to be and even more. Not too sweet. Complimenting the dark chocolate chips. With a subtle crunch which made the experience oh so wicked. Our grins of contentment grew wider as the chocolate swirled in our mouths. With just a tablespoon of oil across more than six plates of sin.

Pancakes, like fried eggs, are meant to be had at home. They need warmth to glow in which is so missing when you eat them outside.

But then you should be lucky enough to have someone like our friend Gia coming over to make them for you. 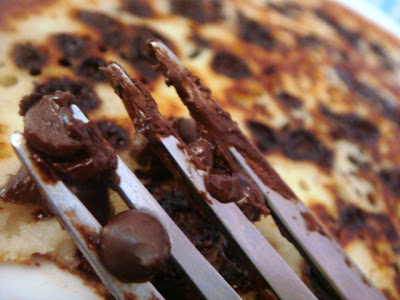 Unknown said…
You must have done something good to deserve this. I love the pic of Kainaz and Gia. Kainaz looks sooo happy.
10 January 2011 at 13:10

@Scarlett: Nutella pancakes sounds yum. G had baked me a nutella cake for my birthday which was awesome

@Sassy Fork: chikoo would be interesting

@Scarlett: Nutella pancakes sounds yum. G had baked me a nutella cake for my birthday which was awesome

@Sassy Fork: chikoo would be interesting

Shobita K said…
OMG! OMG! To have such friends! You really do have angels looking out for you. Could you send one my way? :-(

@Soul Speaks: I was too sleepy to figure out what was happening the recipe was what's pretty much what was captured in the photos. Plus there was some baking soda involved
15 January 2011 at 15:57