Just another night in the kitchen


Come Valentine’s and newspapers would be full of ads on expensive restaurant meals. You need time and/ or money for that. Difficult to have both in the expensive and frenetically paced city of Mumbai.
Then there would be articles on how guys can please their women. ‘Surprise her by entering the kitchen and cooking a dish', is a favoured option. Fry an egg. It’s not that difficult. Toast bread, make her a cup of coffee. Buy a ready-made curry mix and make chicken. Assemble a pizza.
Problem is that some of us don’t have it that easy. Cooking dinner is not that a big deal in our worlds. Nor is it rare. We have to think of other gifts.
I came home from work and went to the gym. Seemed like folks like John A and I were working out this Valentine’s night while the restaurants at Bandra were filling up and candles were being lit. I caught a bit of Master Chef USA while on the treadmill. It was almost as melodramatic as Master Chef Akshay Kumar. A damp squib after Master Chef Australia at this point.
I came back and hit the kitchen. I looked at the gifts which folks like Soma, Ranjit and Manisha gave me. Gifts which made me feel like Julie in the movie Julie & Julia. Her friends and readers used to send her ingredients too.
I chose the last of the three meats that Soma, Arijit and their cat Ms Moota sent for us from Michigan via Calcutta. American salami. The best of a bouquet of great meats according to Kainaz. Tasted two of the sauces that Ranjit gave me in the birthday hamper. Chilli Oil & Teriyaki Barbecue. K and I chatted as I peeled and sliced carrots, spring onions, chillies and ginger. Pounded some garlic in the mortar and pestle. Took pictures with my Blackberry. K said I should start a section called Blackberry Boys for this. Then I fired up my new Chinese wok and another sauce pan simultaneously.
Dinner? Squids tossed in teriyaki barbecue sauce, seasoned with fresh ginger, red chillies and spring onions. American salami hakka noodles, with crunchy vegetables, seasoned with crushed garlic, a squeeze of lime  and oodles of chilli oil. Nothing elaborate.Pu together in fifteen minutes or so.
Finished off with a shared cookie from the box of Pepperidge Cookies that K got for me. 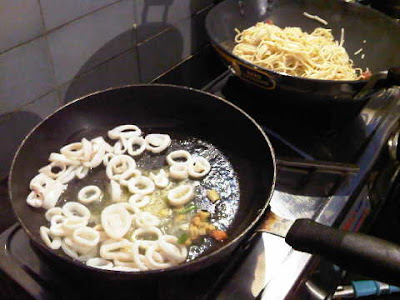 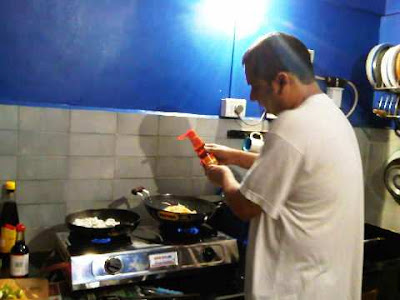 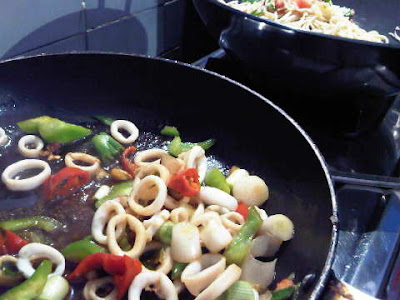 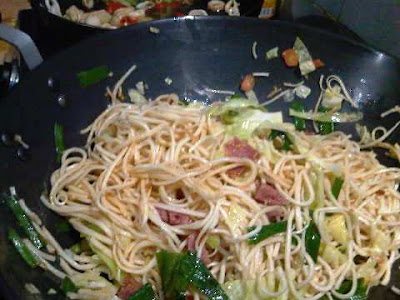 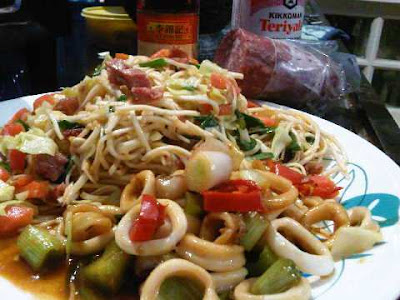 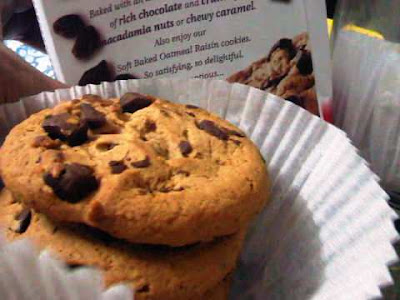 Home Cooked Oriya Food said…
looks exotic and perfect for valentines day! Hope you and K had a great one!
15 February 2011 at 08:15

Pinku said…
why no wine??

I think i spotted some in the birthday gift assortment...would have been right out of the articles for Valentine's day ;)