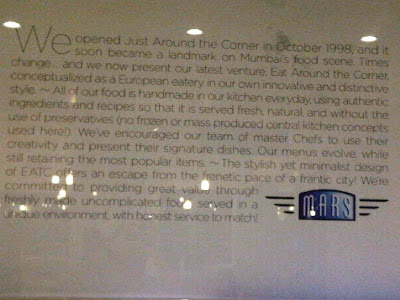 I got a bit emotional the other day when I saw that JATC had shut down. I poured my heart out at this post.

A week later the great but elusive @anaggh, 'the ghost who tweets', tweeted me about a food tasting as I headed to the gym. @musingsman was arranging it Didn't take much to change my mind and I was off to what was once JATC. Turned out that it was opening as 'Eat Around The Corner'. Cashing in on the old fan list though the name doesn't really flow IMHO.

It was a secret tasting that evening. All hush hush. No photographs allowed. Mr Sanjay Narang was there and it was good to meet him. It was great talking to the the head Chef ,Chetan, a well travelled man who knew his food. I was relieved to see some of the old staff around. The look of the restaurant had changed to a more classy black and white theme. Gone were the chirpy sea blue and whites. The quirky posters were gone. Then I was shown that a few reproductions had remained for us loyalists. I was assured that waffles would be served too. And after a few attempts they managed to recreate the chocolate milk shake K so loved.

I caught up with some prominent tweeps @berges, @B50 and @Netra but soon left them and chatted with Chetan as he hand crafted a gouda, ham and honey mustard multi grain melt which would have sent my pa in law cartwheeling in joy. The breads are baked in house apparently. I tried the pepporoni pizza which had a nice mouth feel despite being out at the counter for a while. A moussaka which I liked for a change... some enchanting hummus and I am quite finicky about it. My first taste of guacamole and later a tantalising strawberry cheesecake. From what I understand, EATC builds on the JATC concept of soups, salads, entrees, pizzas, desserts, coffees and teas... but gets more sublime, aesthetic AND expensive.

We were supposed to keep quiet about this but then the formal preview happened today. Bunkin Banu had done her disappearing act so I swung by at EATC on the way back.

K joined me after that and made a beeline for the ice cream counter after some salads. We sat where our old table used to be. Or so we thought.  The layout has been changed after all. The ‘John’ is gone and there are two swank loos now. Those who have more than a decade of history at JATC, like we do, would know what this means.

The fresh highlights for me were the rather sharp chorizzo and the curried rice which as Chef Chetan explained was made with coconut milk, beans and Indian curry powder. The latter's apparently used in the Caribbean too. The dish didn't evoke much faith visually but looks were pleasantly deceptive here. The Jamaican stew was too Indian curry like for me though. The Illy cappuccino was quite robust. Rs 127 according to the menu board.

We wanted to go to EATC for breakfast on my birthday. Hadn't opened then. Is opening in a couple of days now and we will head their waffles soon. Hope they keep to the standards of the tastings when they get down to business.

Disclaimer: This was not an anonymous review. Was carrying my BB and not the camera on the day when it was not 'in camera'! 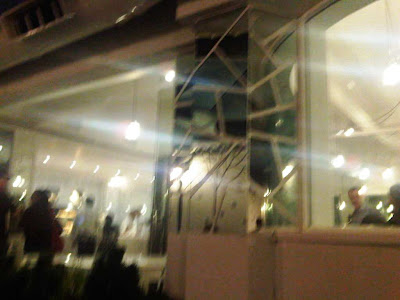 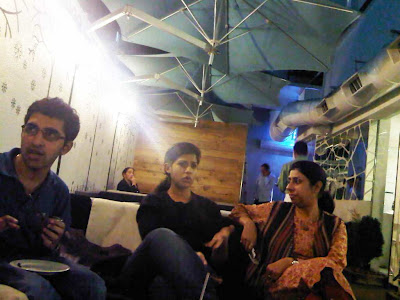 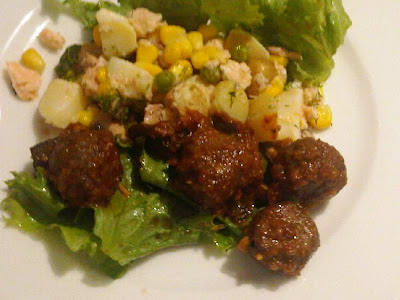 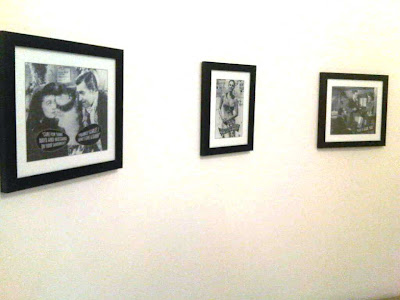 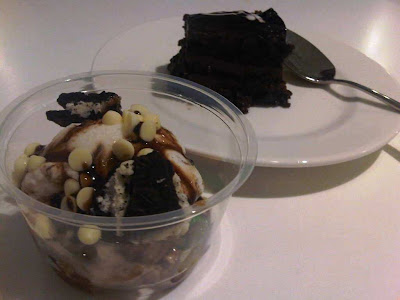 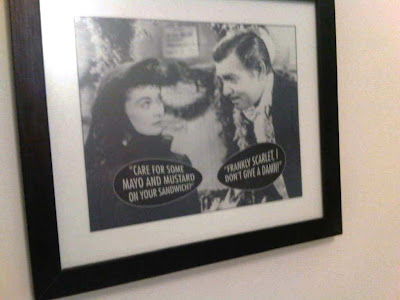 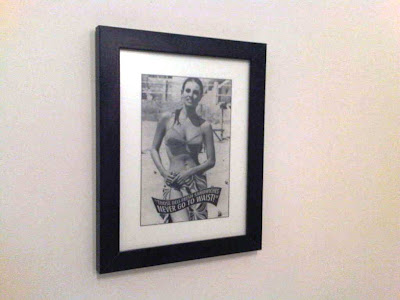 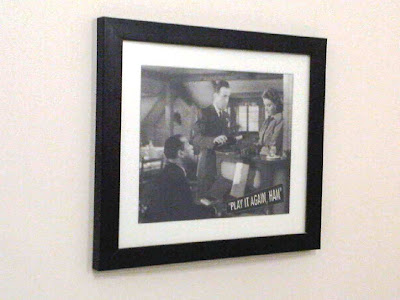 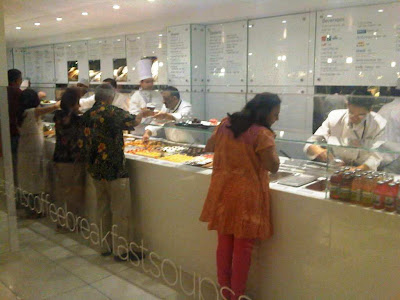 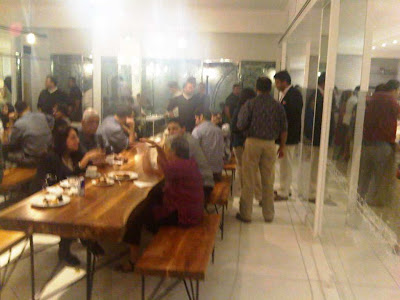 Shobita K said…
When I was reading your post the other day about JATC closing down I was pretty sure it would re-open somewhere sometime soon. There was no logic for a successful restaurant to close down. And it was also lurking in my mind that you would certainly be invited for the event. And look! There you are hob-nobbing with celebrities! Are you shimmering with stardust now? Hehehe..
Happy eating at EATC!
10 February 2011 at 14:26

The Bride said…
Oh nooo it looks so classy! I used to live there. At one point they asked us to fill out a survey... there was a question on how long our visit was and we were embarassed because 4-6 hours didn't cover it.
10 February 2011 at 15:24

@Shobita: ha ha yes, blinded by the glitter. It's not the same but still

Scarlett said…
I was never a fan of JATC. Found it too wannabe & over-rated. I'd prefer breakfast at Mondy's over JATC anyday!

Some of the old posters are still there but the ambience seems really subdued. I hope the food is better than before...those pizzas surely look delicious.

Kalyan Karmakar said…
If you thought it was wannabe you should see it now. The pizzas were great. You would have loved the cheesecake Ash
3 March 2011 at 13:22

Scarlett said…
@The Knife - I don't like fruit, or any other thing for that matter (except a thin layer of chocolate, coffee or irish cream) coming in between me & my baked cheesecake :)

"The creaminess of the cheesecake balanced by the acidity of the berries" sounds good on Masterchef ;)
4 March 2011 at 11:39