Watching India beat Australia in front of a giant TV screen at Perth surrounded by billions of Jaat's screaming 'Singh is King, a few energetic Aussies, a gentle grizzly one beside me ('please Gods of cricket let us win') and tinier Indian students over-awed by their more boisterous country men would remain as one of my most memorable travel experiences. 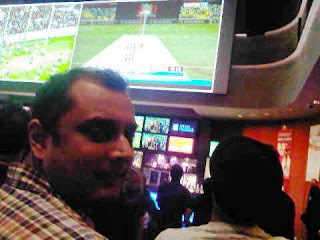 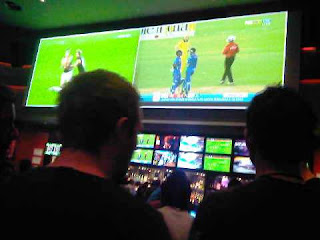 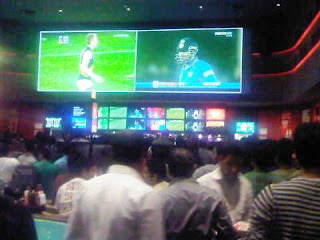 Earlier in the day my cabbie, Rajesh from Karnal, who loved Perth told me that they would show the match at the Burswood Casino. I caught the first and the last ten overs of the Indian innings there and the rest in my room. The energy at  the casino was infectious and somewhere the pain of leaving their country behind took the form of rather violent and abusive support. We might number 150 and beyond in football there were some today who could have given the English soccer fans a run for their money. James Bond took a backseat at the baccarat table today. As did the Chinese grannies at the Jackpot machines. There were 42 Indians for every Aussie with chants of 'Sachin Sachin' vibrating all over. The bouncers were too busy keeping the crowd under control and there were remarkably few brawls breaking out.

But then brawls would seem so out of place in the picturesque and sleepy town of Perth. So sleepy that it teaches you the virtues of patience. After the inexplicable long wait during the room change at the Intercontinental today and our local office receptionist's struggle to get me a cab I won't ever complain about the service levels back home.

I met Bhavna, blog reader and ex Mumbaikar, who had offered to show me around her beloved adopted city. We walked across the picturesque lake, few sky scrapers, past families frolicking on the greens to the beautifully preserved Victorian buildings in the City Centre. 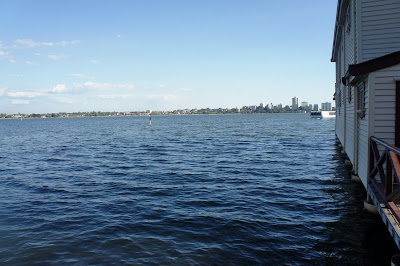 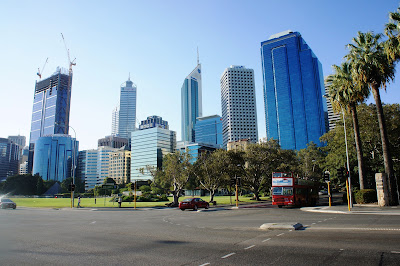 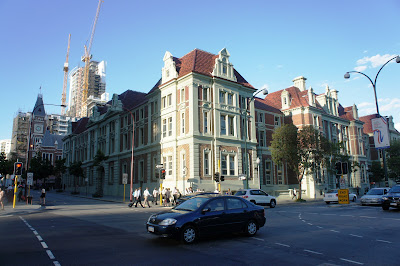 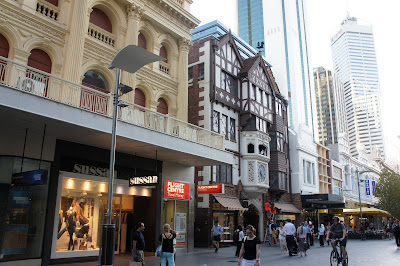 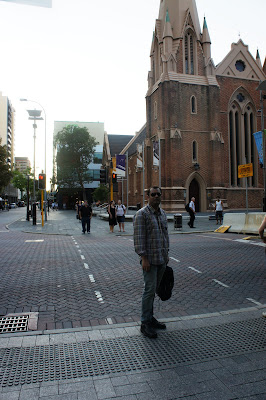 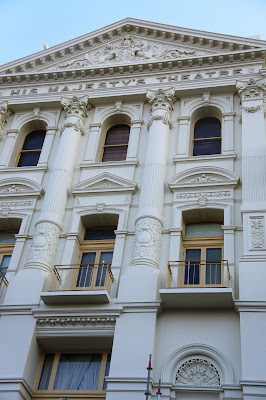 After all the Asian that I'd eaten I wanted to try some of Australia's famous pies which one saw at Masterchef Australia. Bhavna took me to Durty Nelly, an Irish Pub whose pie she swore by. This Punjabi married to a Maharashtrian has fairly eclectic food tastes and likes Bengali too and knows where to find good food. We started with some amazingly buttery rosemary bread and dips and then came the pie.

It had a very thin crust baked to perfection. 'It is all in the crust' as Bhavna said. We even tore apart the crust that stuck to the sides of the bowl. It was so good. Beneath the crust was steaming succulent beef that was so well flavoured with Guinness and so luscious that it made you a bit heady. Buttery vegetables and mash which Bhavna said one should dip in the gravy and eat.

The sort of tummy satisfying food in comfortable surroundings which lived up to the warmth with which Bhavna welcomed me to her city. Folks like her, Kunal, Mohit and Neha have really made my Australia trip so special. 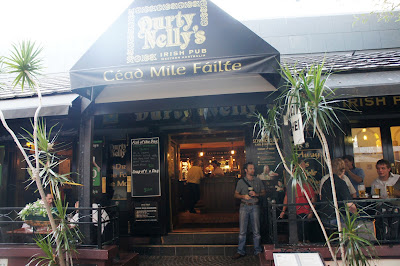 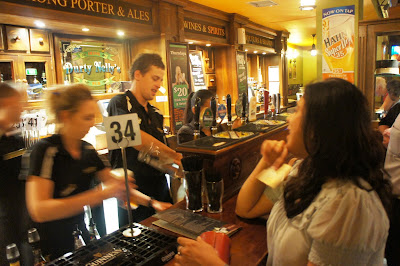 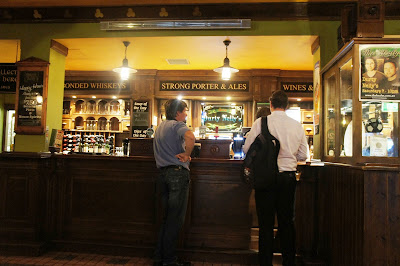 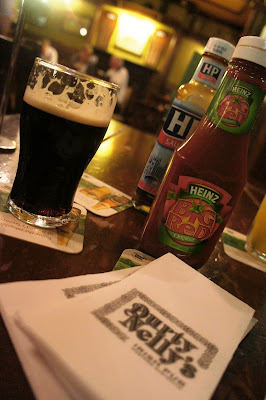 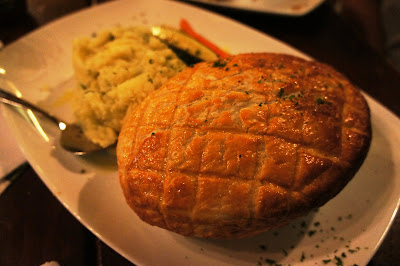 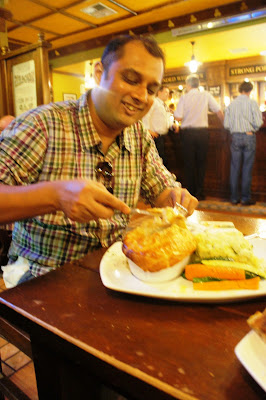 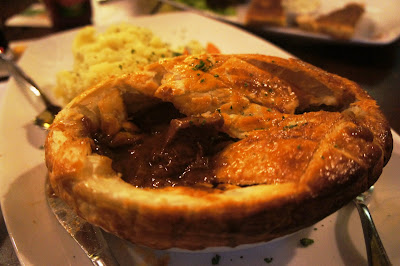 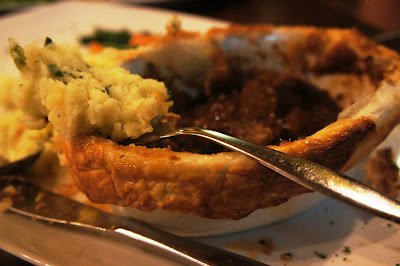 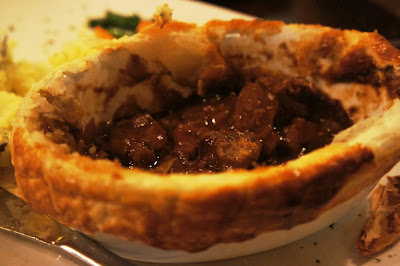 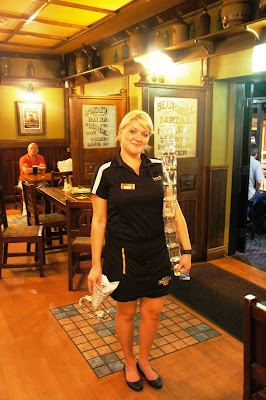 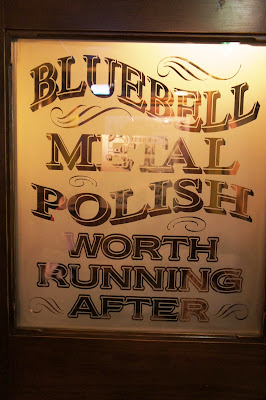 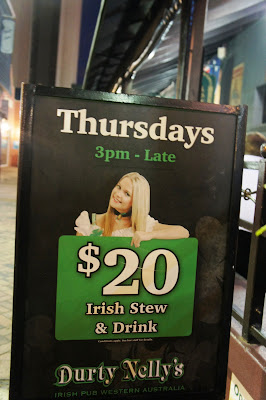 The food took a super human effort to finish but it was so exceptionally good tasting that I was game for it. Ten minutes later I joined my conference dinner and after some Chinese tea did munch on roast duck, tenderloin, a huge prawn and some fried rice.

Anonymous said…
"This Punjabi married to a Maharashtrian had fairly eclectic food tastes and likes Bengali too and knew where to find good food."

Kalyan Karmakar said…
dear anon keep the editing tips going...and don't feel shy to give ur name..what's a blogger without an editor?
26 March 2011 at 13:12

UdyRegan said…
Perth is just a great place to live. I can relate to him saying that Perth is so sleepy that it could actually teach you a thing or two about patience. I have seen and been to public viewing of sports matches and even if there are two rival groups in the audience, none would engage in a brawl (unlike in the UK where I last visited for a holiday). Spats would be exchanged but nothing more.
1 August 2014 at 08:39