When the Injuns meet the Mexicans. Mamasita, Melbourne 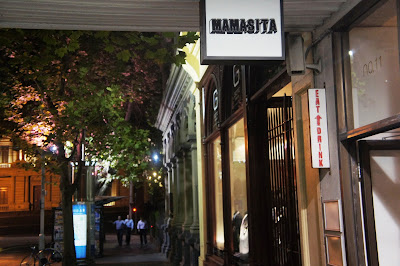 My friend, Ranjit, had prepared a meticulous list, with web sites, of places I should visit at Melbourne and Sydney. And the thing is, when Ranjit recommends a place you can't go wrong, as we found out at the Mexican, Mamasita, ('of course! Mexican to die for') the other night.

I  read in the Quantas in flight magazine that folks at Melbourne take pride in tucking away their favourite eats. Three of us set off in a cab driven by the gregarious Greek driver, George. I didn't want to take any risks after last night and between George's soliloquy, Vishal's Google Maps and the Indian at Seven Eleven we finally spotted Mamasita at the very end of Collin's Street just before the Parliament Building turning.

The place was packed despite the late (!) hour of 9.45 pm. The steward seated us quickly. The waitress who took our order asked us if we had eaten this sort of food before and then walked us through the menu, asked us to take our time and even said we could order dishes and share them rather than get stuck with one large portion each. I don't think I have ever come across such wonderful service, or such a pretty face, while placing my order at a restaurant.

The couple next to us begun speaking to us. Like all from Melbourne, they got excited on hearing that I am a food blogger and begun to tell me about their favourite eats in town, including Indian. We discussed cricket and the World Cup and their disappointment with Australia's performance and Ponting's temper while we waited for our food. 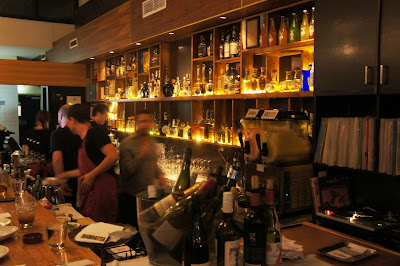 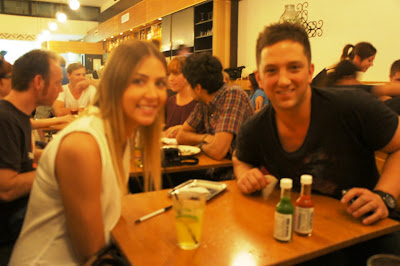 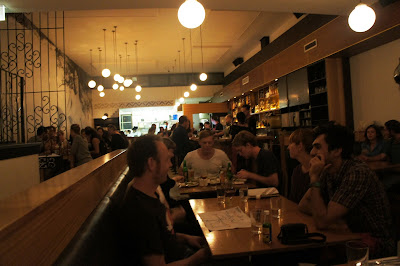 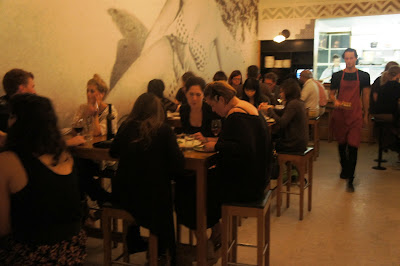 The food was ethereal, celestial and every other oft quoted adjective you can think of  and even more. If you thought Sancho's at Bandra is good then you should try the food at Mamasita, Melbourne. The chargrilled chicken quesidilla was like a slender waif whispering into your ears that you that you were her hero. It was delicate, lovingly flavoured with celestial angel like tender chicken and demure cheese encased in a rather poetic thin shell. 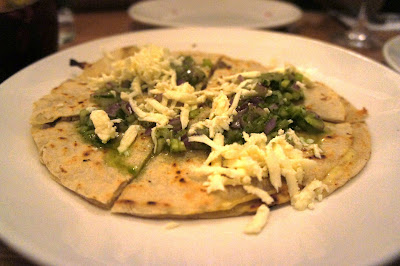 The prawn tacos took you straight to the visuals of the famous sunny beaches of Australia ... it had a certain viriginal feel to it with the choppy bite of almond salsa adding a coquettish touch to the fresh innocence of the prawns.

The braised veal tongue and ox cheek tacos tasted of every bit of raw meaty passion that the menu description promised. A combination where sensuousness met pure lust. 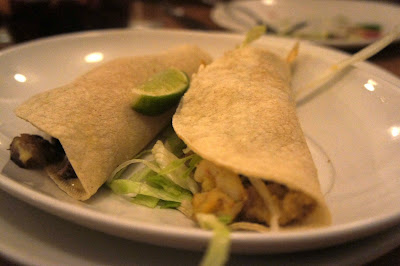 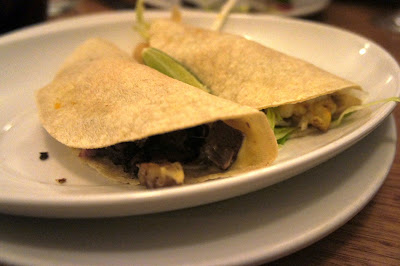 I called for some guacomole which was again a lot more effete, lighter and well flavoured than any that we had at Mumbai. As were the Nachos chips which were again the polished city cousins of the rustic crusty Nachos served at Mumbai. 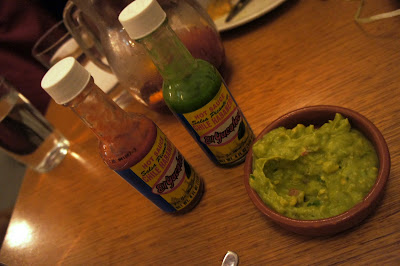 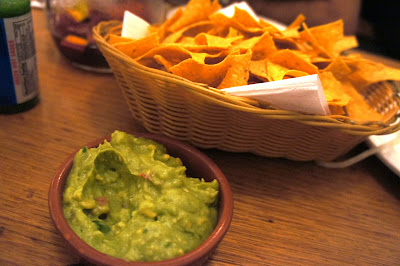 Livening things up were a Sangria...it had a nice fruity chilled touch to it which calmed down the raw heat of the Habanero chilli sauce. And the fruits, as the waitress said, when I asked, were not meant to be eaten. 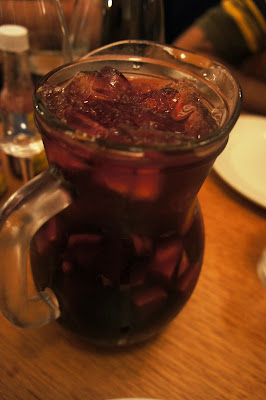 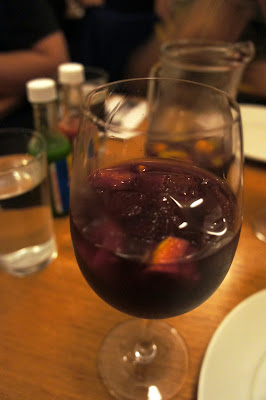 The three of us, Amit, Vishal and I had limited, if any exposure to Mexican food. We still can't tell you if this was authentic. What we can tell you is that the food at Mamasita's was, as the locals say, bloody good, and incredibly light. 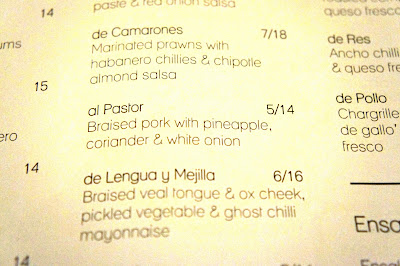 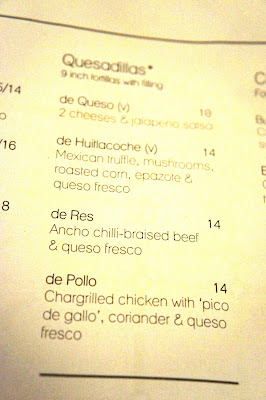 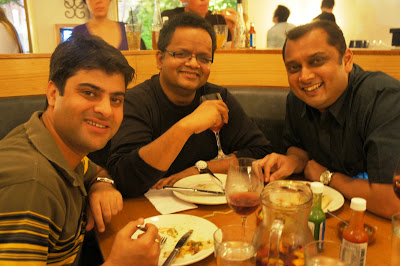 Sassy Fork said…
Reminded me of the Chicken Quesadilla of Chipotle Grill...yum!
Thanks for giving us such a wonderful view of Australia
22 March 2011 at 22:14