The sins of flesh.... The Meat and Wine Company, Sydney 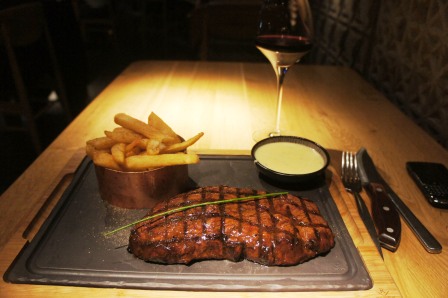 “You can’t leave Australia without eating a steak” said Andrew.
Which was true. By then I had eaten Korean, two grand Chinese dinners (including a spot of tenderloin), Greek, Vietnamese, Mexican, Irish ... but no good old Aussie steak.
This was rather ironical given that my first food association with Australia was reading about how Imran Khan tucked into a big steak in the Indo Pak World Championship Cup final in 1984. I read this in Sunil Gavaskar’s book ‘One Day Wonders’.
So my plan for my last night at Sydney and at Australia was made. The Meat and Wine Company. The name said it all. Ranjit had recommended it. It was on the list Rushina sourced for me. Andrew veto’d in favour too.
I set off for dinner from Milson’s Point opposite my hotel to Town Hall Station. The local trains at Sydney have three levels which add to the capacity. I stopped at an Asian grocery store at the Town Hall Station to buy the Thai Sriracha sauce. Bourdain referred to himself in a blog post as a “Whore to the Orient”. You could say that the same about me too. All my senses began to dance in joy as the aromas of the Orient titillated me. It was hard to drag myself away. And this was just a grocery store! Nothing turns me on like the culinary traditions of the Far East.
I set off on a long walk from Town Hall to Darling Harbour where the Meat & Wine Company is located. The roads were empty and reminded me of our last magical night at Zurich. The problem is that there are no corner paan-wallahs in these countries but I luckily had passers by who helped.
Finally reached the Meat & Wine Company which was located near the Imax by the Harbour. A short wait to be seated, one of the plushest places of my trip and then a rather long wait for my order to be taken. 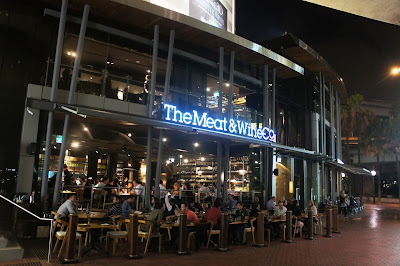 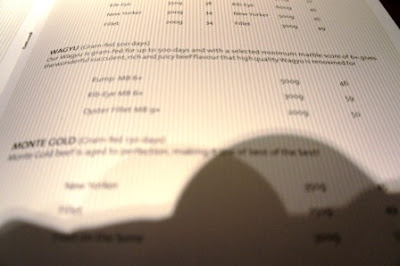 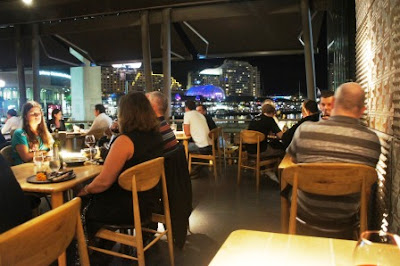 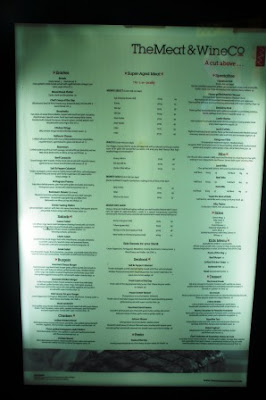 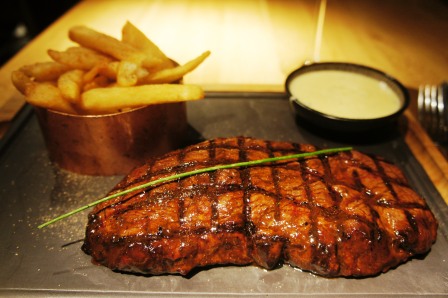 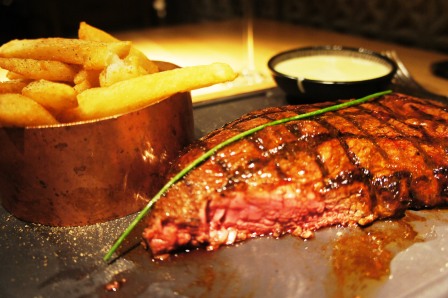 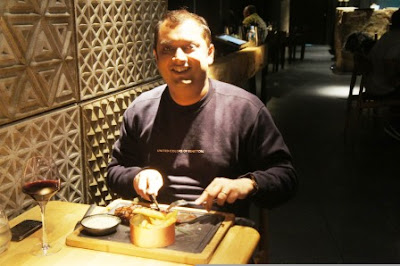 The meat didn’t really need a sauce but the vodka blue cheese sauce swished around like fine gossamer and lace brushing against your body... you felt so happy that you discreetly looked around to see if people were watching you.
I dipped the fries which came with the steak into the sauce. Bourdain often talks of the fries that they used to serve when he was at Les Halles, the restaurant. He claims that these were the best.
I would often wonder why a chef and a world traveller would wax eloquent over junk food. Well the fries at The Meat and Wine Company showed the heights that fries could scales. Slightly crisp on the skin with soft, plump, cuddly, chubby delights happily gurgling inside ... this was junk food getting seriously thoroughbred.
The steak won the battle of ‘Man versus Food’. I looked at the remainder wistfully but finishing 500g of pure meat was beyond me ...heavenly as it was.
The walk back from Darling Harbour to the Town Hall Station was pretty long and I lost my way in between. Still the walk past Australia's happy marriage between its past and the new is always a pleasure. Possibly the only thing that stood between some pretty serious meat and a cardiac arrest.
I was ready to pack my bags to go home. I had enjoyed every bite of Australia. 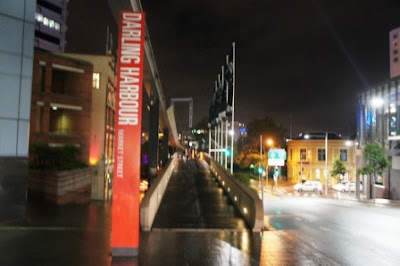 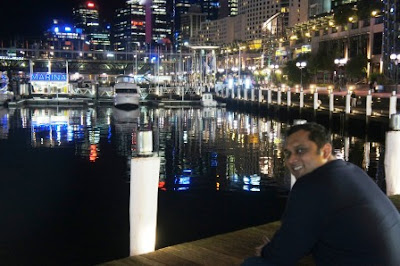 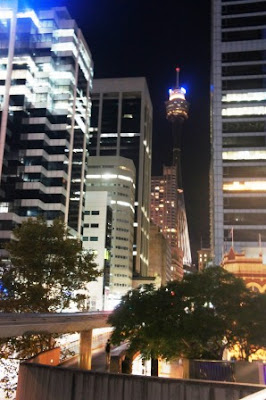 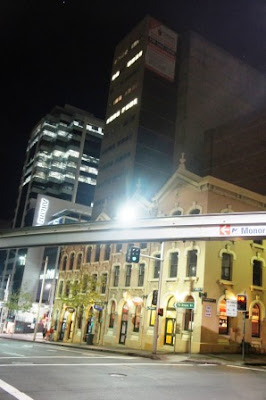 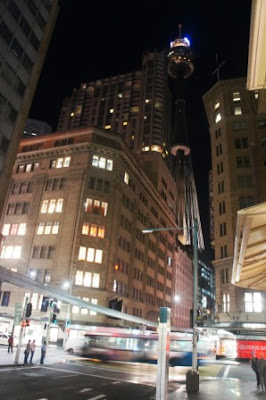 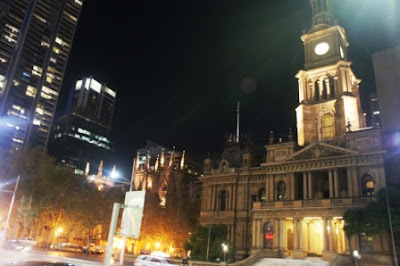 Tongue-fu Lady said…
what a mouth-watering post..i could almost taste the juicy meet and the delicious vodka sauce..!!
11 April 2011 at 13:18

Kalyan Karmakar said…
@Tongue Fu lady - each element, the meat, the sauce, the fries, was memorable