on April 07, 2011
I landed at Sydney after a more than four hour long cramped flight from Perth.

Everyone who heard about my plans to return to Sydney from Perth after Melbourne would look shocked and often reach for the straight jacket before I did anything weirder.  “Don’t forget to write what a stupid route that was”, went the good natured ribbing. Self doubt was rife. Plus I was tired. I was on the road for a week.


I actually thought of cancelling Sydney.

“Are you crazy? After going all the way there?” went the Missus when she heard that.

And so there I was, stepping out of the Sydney airport. It was 6.30 in the morning. Sydney was grey and cold. And, as it soon turned out, so warm and bright.


It started at my hotel, The Vibe, North Sydney. Early check in offered by Pauline, the smiling girl at the counter. No questions asked. I had to pay for an early check in the more formidable Crown Promenade at Melbourne even though we were part of a large conference group. The room at Vibe was smaller than those at the Crown and the Intercontinental at Perth where I stayed earlier. But the pastel brown carpets, purple sofa covers, red cushions were just what I needed after the more stately and grand hotels in the earlier parts of my stay. Five hours of sleep in the room and you could call me Jiminy Cricket.

I headed to The Rocks. Train from Milson’s Point opposite the hotel to Winyard (not Vineyard) and then Circular Quay. The first sighting of the iconic Harbour Bridge and the Opera House. The stately Victorian Buildings amongst the new age towers and electric rickshaws. There was a History of Mankind show running out there.

I crossed over a relaxed garden which had a path dedicated to writers and folks dancing in a corner and went off to The Rocks. There was a nip in the air, the skies were clear and yet grey. I was back at Bern. Or Zurich. 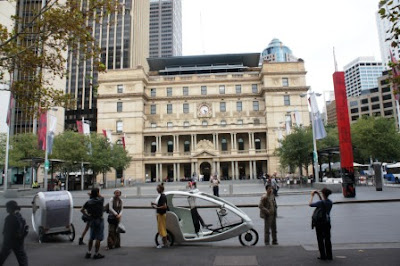 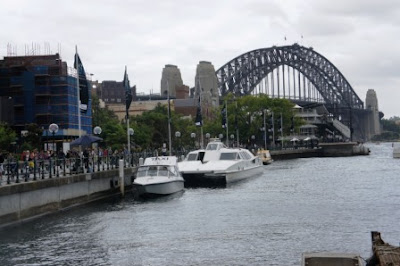 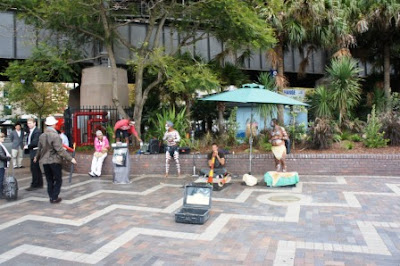 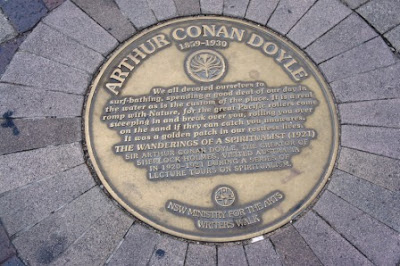 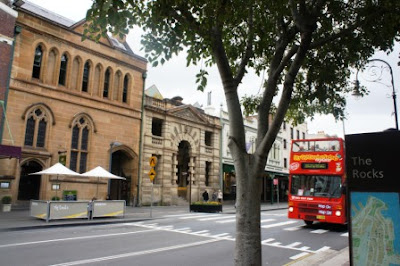 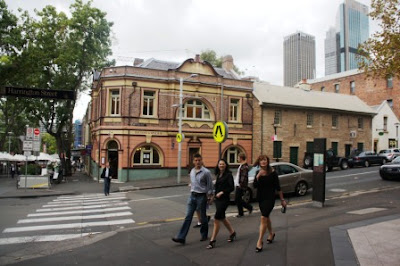 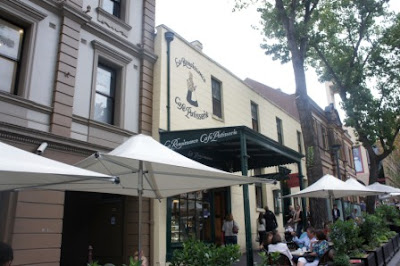 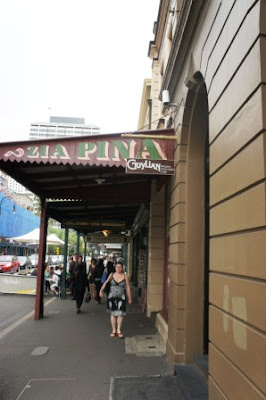 Yes, The Rocks made Sydney seem as if I was in an European city steeped with history and not in the ‘New World’. Lonely Planet takes a dig at the refurbished ‘ye olde worlde’ feel of the Rocks but hey it worked for me. The Rocks was where the early settlers of Sydney had made their base. It had a tough and violent history with even bubonic plague adding to the challenges. Then someone had the idea of sprucing it up a few years ago and make it a tourist hot spot.

Ten days into a pretty good trip of Australia and I knew that I was in the middle of my ‘best day’ at Australia. I could sense it deep inside. The grin on my face became wider and sillier. I was in a happy place and I knew it.


I walked up the cobbled path and came on to the weekend market. There were clothes and stuff that would have interested K but everything was quite expensive and at par with the rates at proper shops. My eyes were set on the food stalls. I was hungry. I had slept through breakfast. I was delirious.

There were Indians stirring a meatball kofta curry, a Chinese lady making omelette's, a couple of French men packing up, ‘we were here from six in the morning’, and Turkish ladies with scarves on their heads, I last saw them at Istiklal Cadesi at Istanbul. They were making golzemes, first cousins twice removed of the stuffed parathas of India. But then this was Sydney in Australia, a country built on inviting people from all over. No, I was not fevered or in a psychedelic trance. This was all very real.

I bit into a beef and cheese golzeme. Hot, fresh, crisp, flavours which were polite, understated and yet so vivacious … just the welcome that one needed. The poor lady would find the mention of beef blasphemous but the golzemes reminded me of the stuffed alu parathas that my granny would make. 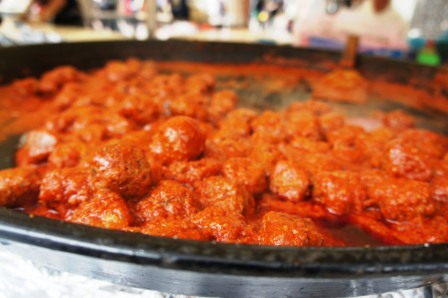 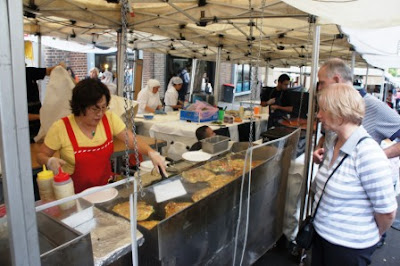 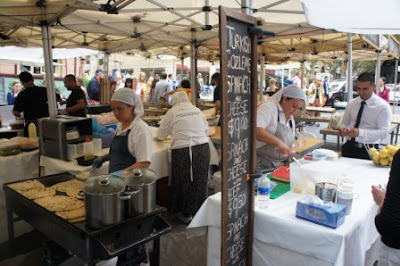 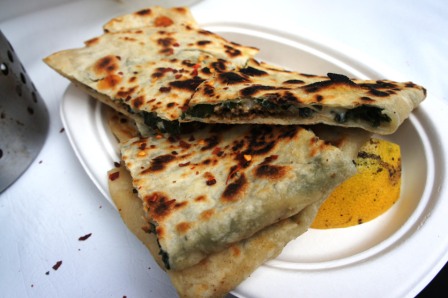 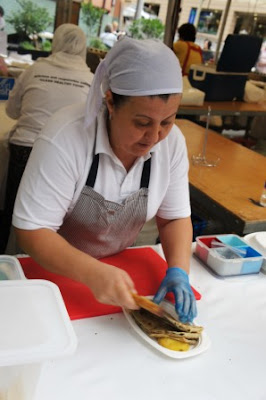 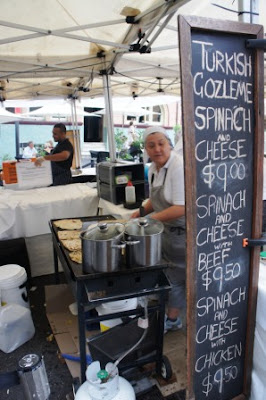 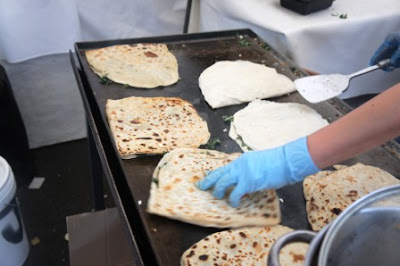 I looked up and saw people sitting outside a German pub. There was a huge Great Dane, Atticus, and his parents who looked like a wizard and a fairy godmother. No I was not tripping on anything but such was the magic of the afternoon.

I crossed the 'The Fortune of War' which claimed to be the first pub of Sydney, a pretty book shop, an old Pizzeria and suddenly saw the Guylian Café in front of me. Given the European feel and weather of the surroundings nothing seemed more normal in this spot of the Southern Hemisphere than a Belgian chocolate shop!

Mumbai with its heat and dust is not a city meant for Al Fresco or open air seating. Sydney was different. A beautiful pavement, houses from an illustrated edition of Grimm’s fairy tales, a chance to laze and indulge in what they call ‘people watching’ here. Yes I chose to sit outside the cosy looking shop. I ordered a Mocha from the friendly Polish waitress who was studying hotel management at Sydney. In the spirit of the UN here her manager was from Nepal and was planning a holiday to India.

I rarely order Mocha or flavoured coffees. I find these to be too sweet and synthetic at most places and stick to either a cappuccino or a black coffee with milk. But I was at a chocolate shop. If one couldn't take a risk here then one might as well resign oneself to a life of cautiousness... a life of 'what ifs' and 'if onlys'.

impactful. This was sheer heaven. I can feel the mocha in my mouth even as I write this post almost a week after the day I drank it. That's how life changing it was. The Mocha at the Guylian Cafe spoilt me for all coffees after that. Their secret? Chocolate which is thoroughbred of course, and, as their manager pointed out, two shots of cappuccino versus the usual one. That's what gave the coffee its substance and character. 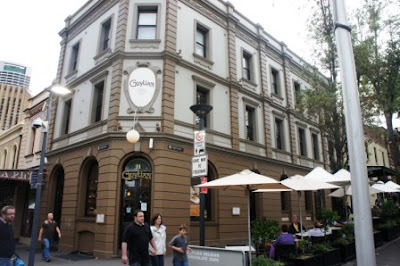 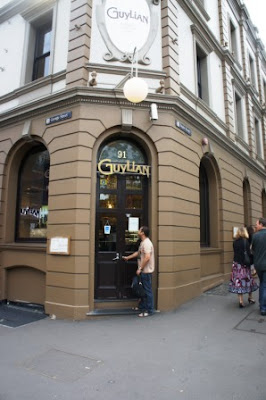 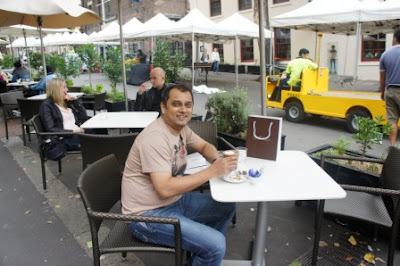 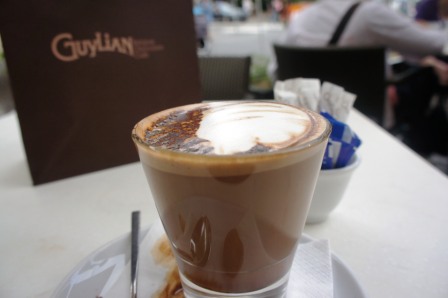 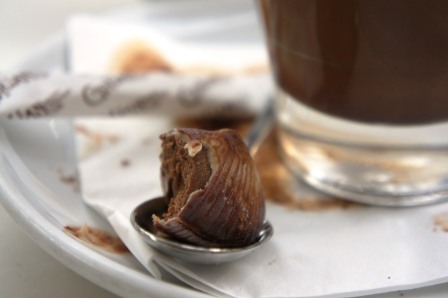 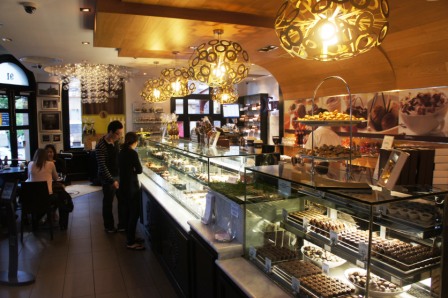 I traced my way back to the Circular Quay Station and then the hotel, smiling and skipping with joy in my head. A slight misadventure later at night when I tried to go to Chinatown from the Central Station and apparently didn't go to the right part of CT. I ate a Fu Jian rice at a nondescript restaurant. Steamed rice covered by a steaming gravy with all sorts of meats, seafood, mushrooms ... hot, heart warming, nourishing, tasty. God even the mishaps here hit the sweet spot. 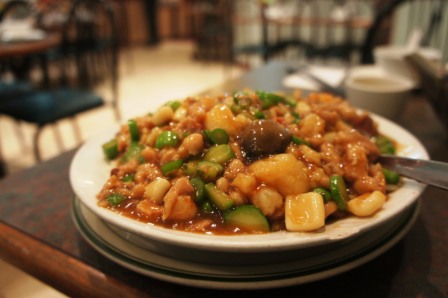 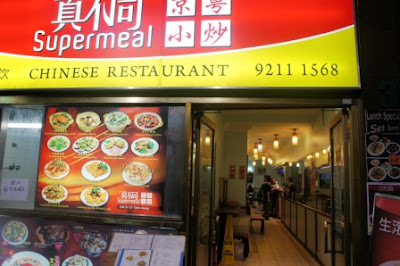 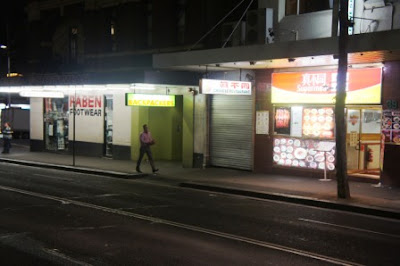 I knew that the best part of a great trip had begun. I must say that when it comes to the Sydney versus Melbourne rivalry, I'll pitch my tent with the former. It was a tough choice. But an instinctive one, straight from the gut. Melbourne is coquettish, plays hard to get, a bit like a Prom Queen who knows that she is sought after. And revels in it. Sydney is like a cuddly little puppy which jumps all over you and give you big wet kisses and won't leave your side.

Scarlett said…
I'm falling in love with Sydney through your posts. Your trip was Godsent...couldn't have come at a better time!!! :)))

I LOVE happy places! Places that are vivacious and bustling with life. And the Guylian Cafe looks so much like a place I'll be spending a good part of most of my weekends at...people gazing with a hot, steaming mocha in front of me. I love flavored mochas :)
7 April 2011 at 11:33

Kalyan Karmakar said…
I was remembering your order for Hot Chocolate at Barista Scarlett when I was at Guylian
7 April 2011 at 12:37

Arpana said…
I so feel the same about Sydney in comparison to Melbourne..2 of my most favorite hang-outs at The Rocks were The Orient (their Irish pub) & Phillips Foote, a really nice German Bar with a Barbeque restaurant in a cottage. Reading this blog makes me want to go back & rediscover Sydney all over again..:)
7 April 2011 at 13:25

Kunal said…
Well...I guess Sydney is quite good for a short trip,it's fun,vivacious,promising 363 days of sunshine in a year..but Melbourne is more cultured,mature and truly multicultural..good enough to spent a better part of your life,no wonder it has always been in the top two most liveable cities in the world!!!
7 April 2011 at 14:41