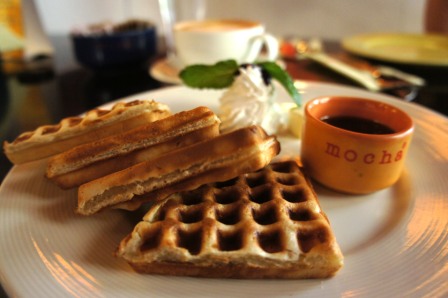 This reads like a paid article doesn't it? That says it all I guess.
I called in for a sada dosa from Shiv Sagar, Bandra, for breakfast today.
I just don’t do breakfasts. Specially on Sundays. So I call in if we can’t go out. The sad fact of life is that the only thing you can call in for breakfast are dosas. And idlis.
This tweet in response to one from me answers it I guess: @ peeketalli ‘@Finelychopped Omelette gets pretty soggy. Meat is nicer when warm and then cereal is made at home.'
I agree, even chhole bhature, puri bhaaji or luchi alur dom has to be had off the wok. Plus the Shetty’s  who run places like Shiv Sagar are more hard working, enterprising and wake up earlier than the rest of us. Do specify that you want your dosa to be ‘naram’ (soft) and add red chutney to it. Else Shiv Sagar tends to send you a white slice of platinum instead of a dosa at times.
We re-discovered a good place for breakfast at the times one manages to go out for breakfast. If white stretch sofas you can be a sloth in, or a red corner with ‘shagilicious’ furry walls where couples coochie coo in, lots of red all around, cartoons,  efficient and friendly service, good coffee and waffles work for you then you might want to take a look at Mocha Mojo at Hill Road, Bandra. 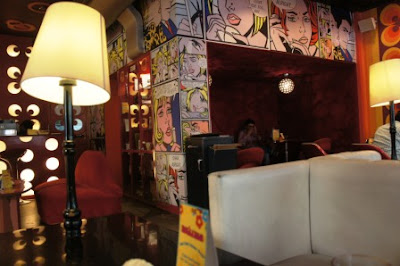 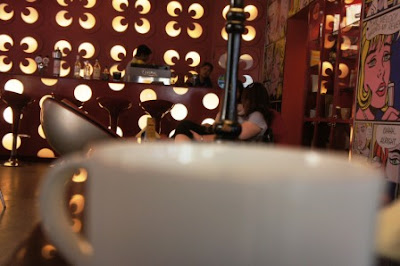 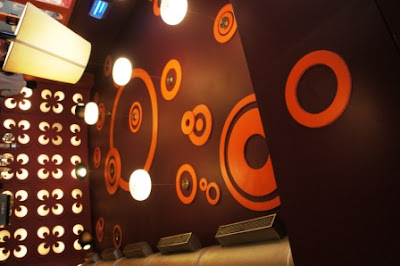 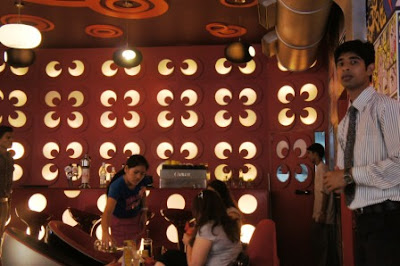 Both K and I are waffle fans and unanimously loved the waffles Mocha Moja. And we had it twice in ten days. So consistency is there. I like crunchy waffles. K likes soft ones. The waffles at Mocha Mojo worked for both of us which is not an easy task. K likes hers just with butter while I like to sweeten things with honey and maple syrup to bring out the dialectics (I studied sociology) of sugar and salt. The waffles here came fully loaded with some fresh whipped cream too.
The cappuccinos that we ordered worked for us in terms of the kick, which is important to me, and heat which K is very fussy about. The cappuccinos at Mocha Mojo made me miss the coffee shops of Australia slightly less. 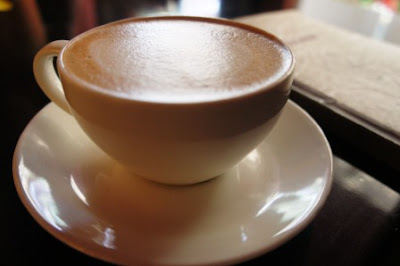 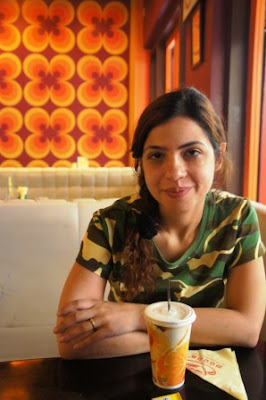 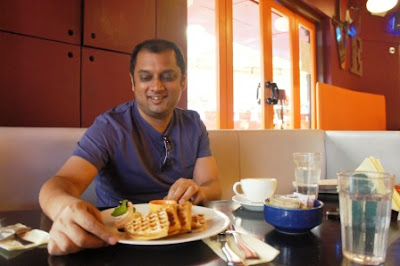 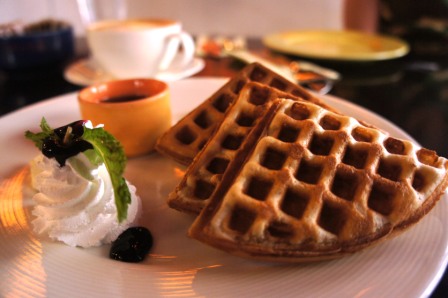 They do eggs too. I have not tried them. I grew up in the ‘80s and paying more than ten Rupees for something as simple as an egg is against my ideologies. The manager, Godson, promised that their eggs were tasty. K later told me that they have a section on the menu on things to do with Maggi noodles
.
I am quite happy with my waffles and cappuccino at Mocha Moja. I am in two minds about whether I should publish this post. I don’t want to lose the stretch limo white sofa there.
These are some of my favourite breakfasts from my travels:
-          Pancakes on the Rocks, Sydney
-          Fried Toufu, Petaling Jaya (scroll to bottom of the post)
-          Roti Canai at Line Clear, Georgetown
-          Dosas, Filter Coffee, MTR, Bangalore
Bandra Bites Breakfasts coffee shops Mumbai highs

Unknown said…
i love breakfasts. especially Sunday. I love making breakfasts, pancakes, french toasts, potatoes, eggs in done a million ways, bacon, sausages stir fried with bell pepper and onions. Still to be wowed by a Mumbai brunch place. But you know i love the club sandwiches you get at the bombay clubs like WIAA and CCI after a good swim.
10 April 2011 at 19:27

Sue said…
We've long been regulars at Mocha Mojo for weekend breakfasts. Nathan calls the furry walled area - 'Pimps corner'! The eggs are really good as is the toast that comes with them. Try a cappuccino grande next time. Sadly they have recently dropped the 70s disco tunes... but then you can't have everything!
11 April 2011 at 18:15