The cream of the market.... Recipe for Farafelle in Squids Creme 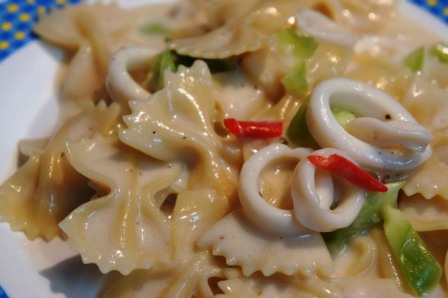 Well there is a reason why they call it a fish market. Though at times even seems like a harem as I once said. Buying fish without the haggling, the coquettishness, pouted sullen faces, the feeling of being fought for would probably not be the same.  Add to this the fact that I like to see the fish I buy. I am particular about the size, the way it is cut and cleaned, the way the fish looks. Few things, for example, take my goat like being served round slices of sub one kilo rohu (river carp). When it comes to rohu or caatla I need straight slices and of a 3.5 kilo fish. I am not the biggest fan of fish but love buying and cooking it.
My recent experiments with Pesca Fresh, the fish delivery place at Mumbai, recommended highly by people I would trust, were non starters. I called from work once and they said they would only deliver at 4.30 PM at Bandra. That didn’t work for us. I called Poonam at Khar Market on Saturday. She didn’t have rui. Nor did Pesca when I called them.
So I called Poonam again on Sunday, booked my stuff and went after breakfast. I bought a 1.3 kg  Hilsa (400 Rs/ kg), 3.5 kg caatla (Rs 120/kg), 2 pomfrets (Rs 400 a pair brought down to Rs 220) and 500 g squids (Rs 150 a kg). These prices vary according to the customer. Poonam did say that a couple of my friends apparently dropped in the previous weekend and  said they were referred by me.  That got me a few more Rupees off.
All this happened while Pushpa, whom I used to buy from earlier, glowered in my direction. If looks could kill! And then there was the plump bossy old lady who sits with her stuff next to Pushpa and gang. I used to buy fish from her in the beginning but they would often turn out to be bad. I have stopped buying from her. Yet she makes it a point to call me over and indulge in some good natured badgering.
Ordering on the phone can’t compare with this can it?
I made a rather indulgent pasta with squids last night. Turned out to be nice and creamy dish which was the brief. Here’s the recipe. Quite simple actually, serves two: 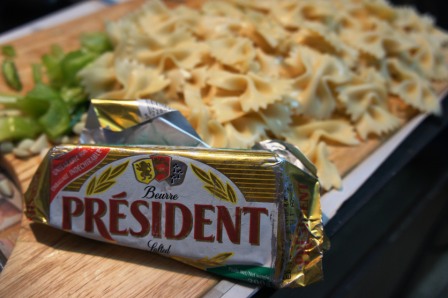 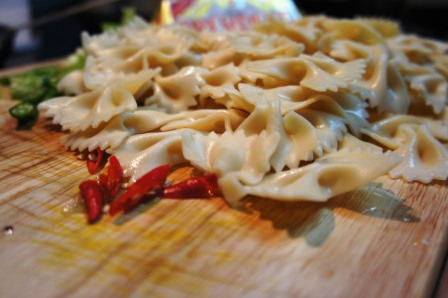 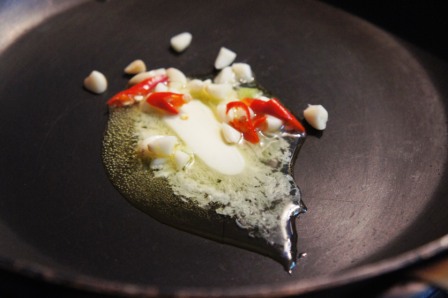 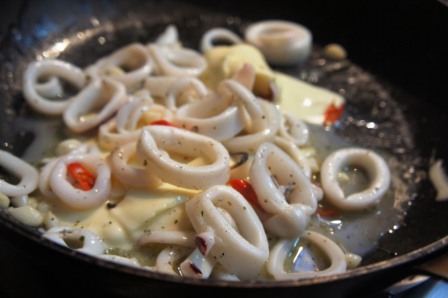 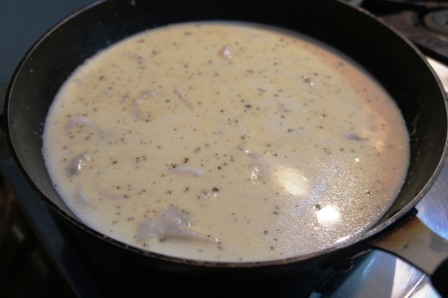 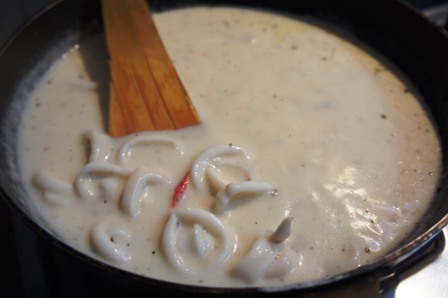 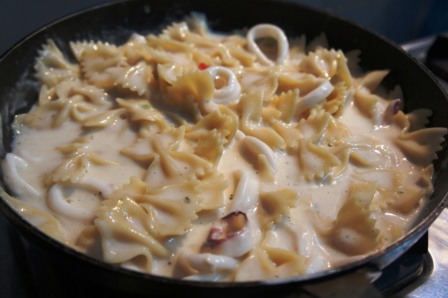 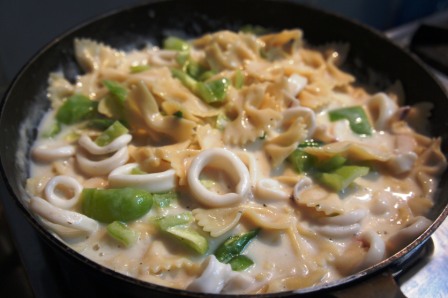 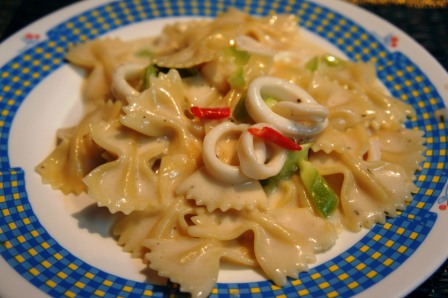 Someday you should post on how you choose the best fish! Such advice from a bong will be the gold standard for credibility:-)

btw, i too have taken to the blogging bug-check out my recipe for "tambali". my forte- veggie food-cooked at home, and sometimes, bought off the road. remember pancham puri?

Gastronomist said…
Sorry for being an ass, but I can't read your blog wherein you call rui/catla as trout. They are both carps and nowhere close to a trout!

Thanks for pointing it out. I checked on googled and made the change. Just one place right?

Great to hear from you and and great to know about your blog. Good to see the clan grow :) Of course I remember Puncham Puri and ate there too during my time at the old RI/ HTA office.

My mom says that the best way to check if fish is fresh is to check for firmness and to see if the eyes are white. Mom in law has some fromula abour white versus black in pomfret.

My method is a bit different. Something I recently found that my mausa uses too.

I put myself in the hands of the fish seller. Offer them my trust and faith and shop their regularly. I make it a point to tell them if the fish was bad and have occasionally returned it too if possible.

Squid has vit D but importantly other minerals like selenium,magnesium and calcium as well as Folic acid and Vit B12
10 May 2011 at 15:37

Kalyan Karmakar said…
@Sassy Fork, only if you drop in for dinner