I should learn to back my instincts more often.

I should have known that my chances of getting a South Indian tiffin at Andheri E highway, that would match the ones at Swagath at Fort or MTR  at Bangalore, were very bleak. That the empty restaurant should have been a warning. That the sick stale musty oily sticky nagging odour idiosyncratic to air conditioned overly ambitious Shetty restaurants across Maharashtra which greeted me when I entered should have made me run. As should have the fat fly which dived into the dish water which they heated up and served me in a coffee cup.

I reached work early a few days back and had not had breakfast. I decided to give the sandwich in our office canteen a miss and stop at a South Indian Udipi restaurant on the highway instead. It had a chirpy red sign board with its name, Sagar, emblazoned on it. It is below the Andheri flyover. Opposite HSBC on the turn that I take to work.

Avoid it like the plague. Remember, red stands for danger. 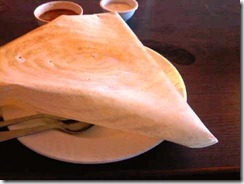 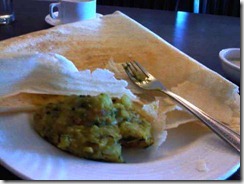 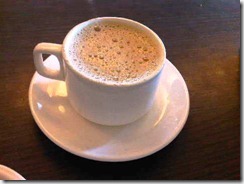 I ordered a masala dosa.

Now I am no expert in dosas but there are probably as many varieties of dosas as there are of noodles in China – crisp ones that give in delicately in your mouth, thick soft ones, crisp on the base mushy inside ones, gossamer thin Neer dosas …dosas made of rice batter, semolina batter and so on.

What dosas shouldn’t be are plastic-like discs stressing your teeth and jarring your senses. What the potato masala shouldn’t be is rancid, sour and pessimistic, refusing to talk with the dosa. The sambar should be anything but the sweeter than rasagulla syrup served here. The coconut chutney was more devoid of salt than the most pristine of fresh water lakes.

And a good South Indian filter coffee should be anything than the cup of cream coloured bile served here which had less character than the average politician .

The food at Sagar pained me as a Bengali. And if you are a South Indian belonging to any of the dosa eating communities then you should take this very very personally.

All I can say is thank God for Dev at work and her pack of green tea which saved me from a day of dyspepsia and ill will against humanity.

wanderer said…
And still you tried!!!!