on May 15, 2011
It was my friend Sassy Fork’s birthday yesterday.
No, that’s not her name. That’s her blogger identity. Sassy was one of the many whom I got to know through the blog and then became great friends with in real life. Somewhere down the line Sassy became a food blogger too. Check out her blog Chronicles of The Sassy Fork where she energetically travels over the city of Mumbai and beyond getting us news from the world of food.
In a way it was symbolic of our friendship that the other guests, part from K, were one of the first I have known through the blog and since then we have often eaten together … the band I like to proudly call “The Finely Chopped Knights’.
So there was a lot of adda, a Bengali terms which doesn’t lend to translation, well ‘chatter’ if you insist, and food of course. 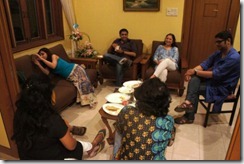 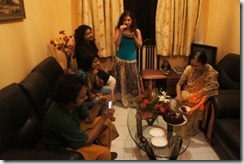 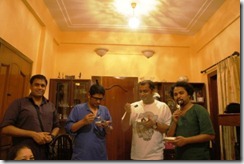 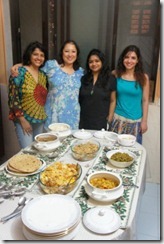 At Sassy’s last night we got to discover Shirin Adenwalla. A Parsi chef Sassy spotted through the Time food directory. There were some lovely asparagus and babagonoush (brinjal) dips from there. To this Sassy added dhoklas with global ambitions - cheese and corn dhoklas from Gangar stores. Her cousin’s delectable hung curd onion and garlic dip. Two of Sassy’s own pairings too. Crackers with melted cheese. Bishkoot, kashoondi and deem sheddo. Bengali for crackers, boiled egg and mustard. 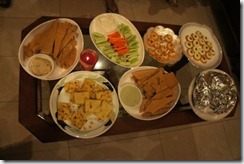 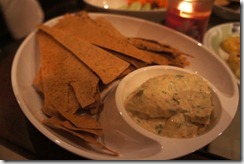 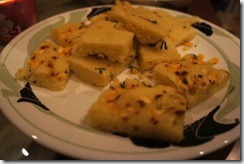 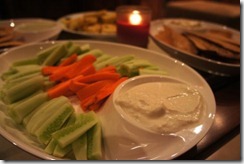 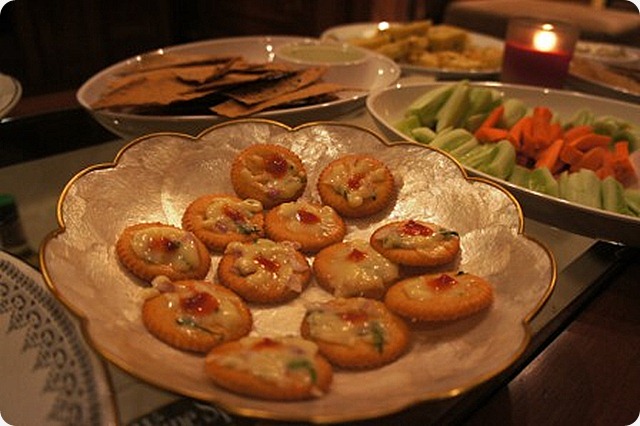 There were tangdi kebabs from Delhi Durbar at Dongri. Big, deceptively scary and surprisingly, given their size, succulent with a strong pepper kick. And of course the mutton biriyani from DD which Kurush Dalal calls the best ‘standard biriyani’ at Mumbai. 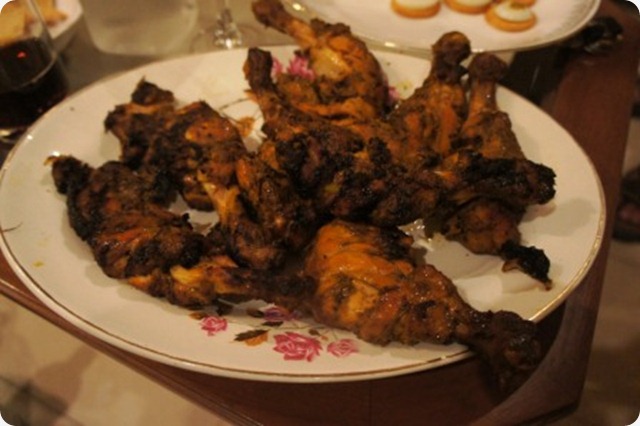 Dinner included a Maharashtrian peas and potato curry that Sassy made which took me back to the paatla alur jhol Didu used to make with luchis. If we can convince Sassy’s mom to make luchis then my breakfast woes are sorted. With this there was Russian salad that Sassy made which tantalised your palate. The left overs made for a great breakfast this morning with bread rolls from American Express. Plus a Maharashtrian peas dish, vatanaya chi usal. I love peas. I loved this. And then there was a chicken curry which was redolent of Sunday afternoon lunches. Is this lady energetic or what? Must be all the vitamin D she talks about. 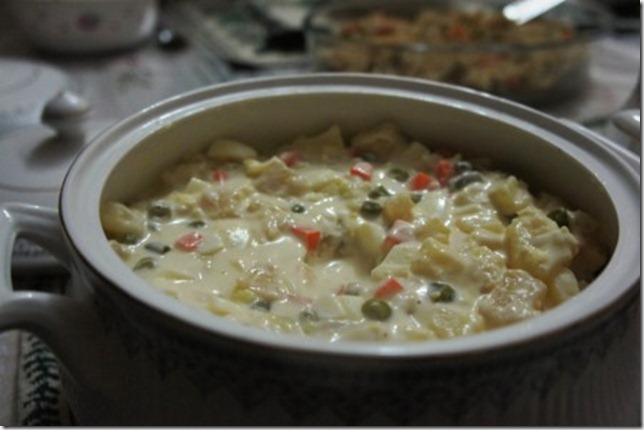 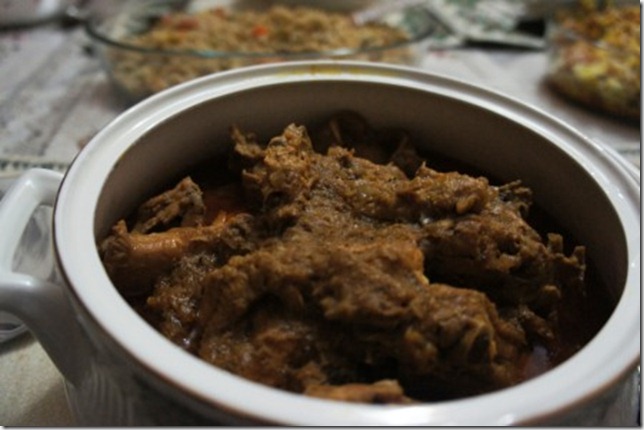 Sassy continued to enthral us. Dessert was bhaapa, steamed for Bengali, mishti doi or sweet curd. This was the first time that I had this. Couldn’t have asked for a better intro. 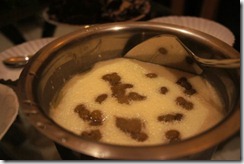 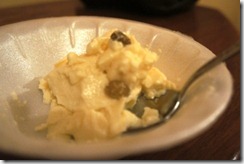 I have left the best for end. Shirin’s dark and white chocolate rum cake. ‘Silken’ is the word that best describes it. The seriousness that dark chocolate brings in with the gay abandon of soft, creamy white chocolate. More decadent than the Roman or Mughal Empires ever were. It has been a while since a cake had me in it’s spell the way this did. To think I had never heard of Shirin Adenwala till that moment. Such discoveries  are some of the many reasons why I need Sassy in my life.
The story ended with my climbing and getting down tiffin carriers, a rather subtle hunt to Sassy’s mom for our return gifts.
But that’s the point of going to a food blogger’s for dinner right? 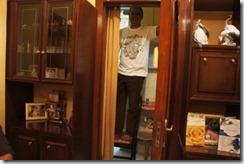 Sassy Fork said…
Why thanks...that's a lovely post! Nothing like spending time on your birthday with friends and family and friends who are family :)
15 May 2011 at 18:23

Kalyan Karmakar said…
Sassy, thank you for the wonderful evening and for being such a great friend
15 May 2011 at 21:28

Liked the smart decor on the monaco biscuits too...thanks for the great ideas..

Sassy Fork said…
@K : glad u liked it...me thinks biryani tastes better the next day! You helped me immensely that day....couldn't have been able to do it without you!
@Pinku: Thanks! The Monaco toppings are something from our childhood...remember there used to be a contest about various toppings!
The cheese and onion topping was my cousin Archana's idea and Eggs and Kasundi were inspired by a tweet by @Aneeshb about wasabi eggs!
16 May 2011 at 22:26

Tongue-fu Lady said…
what a delicious post! its a mistake visiting this blog on an empty stomach..i so wish the pictures came to life :)
17 May 2011 at 19:20