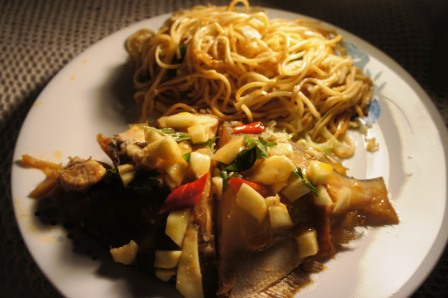 It's my friend, and fellow Mumbai based food blogger, Sassy Fork's birthday today. She believes in the power of fish so this one is for her. Happy Birthday to the Fork from the Knife

I bought some pomfret from Poonam the last time I went to Khar Market. Ironically pomfret, despite being a sea water fish, is more expensive than fresh water fish such as rohu in the coastal city of Mumbai. We rarely buy pomfret. Having done so this time I wanted to make it count.
The plan was to do a simple stir fry in a ready made sauce. The legendary Thai sauce. Sriracha. A fierce chilli sauce apparently. I picked up a bottle at the Asian Store at Sydney’s Town Hall Station.

What followed eventually went well beyond just the sauce though. It was still simple. But looked exotic. A mix of Thai ingredients. Authentic? Not really given I cooked up the recipe along the way. And I don't have any Thai blood. Should you follow the recipe to the T? Well you wouldn’t be doing me justice if you don’t throw in a bit of your own touch. What follows is more of a thought starter than a recipe if you ask me
Thai styled pomfret in Sriracha Sauce:
Ingredients for: 2 Pomfrets or any sea fish, 4 tablespoons Sriracha sauce, 2 tablespoon Fish sauce, 1 raw mango,  finely chopped into cubes, slivers of ginger, 1 teaspoon honey honey, basil, kaffir and coriander leaves, bird’s eye chillies, oil
Prep:
Douse the Sriracha and fish sauce (substitute with salt if you can’t handle it) over the fish
Make a raw mango salad – put the peeled chopped mango into a bowl, add ½ a teaspoon fish sauce, 1 teaspoon honey, 1 teaspoon chopped bird’s eye chili and add some shredded basil, coriander and kaffir lime leaves to this (1 teaspoon)
Cook:


This was the first time I used  raw mango while cooking. The fish was exceedingly fresh. The pairing of the sharp, bouncy raw mango with the firm yet succulent fish quite creatively satisfying. My best pomfret effort so far for whatever it's worth. 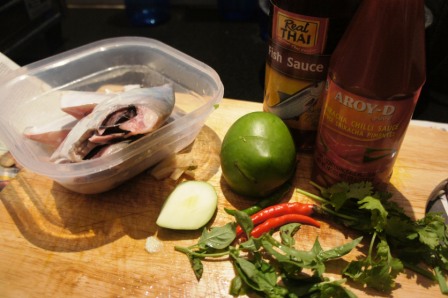 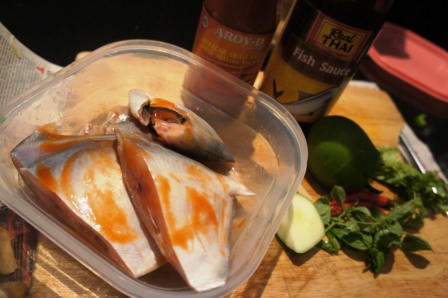 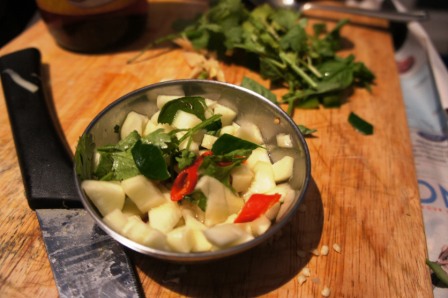 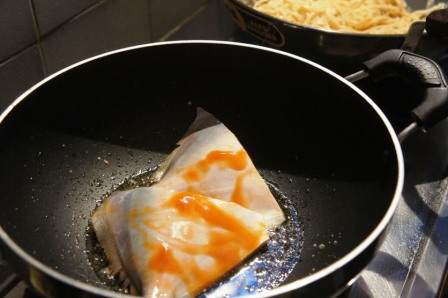 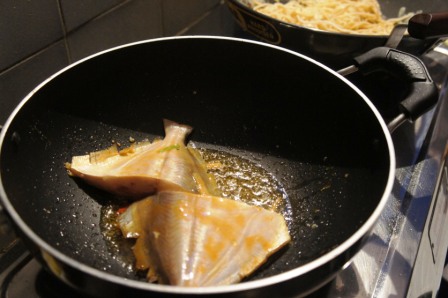 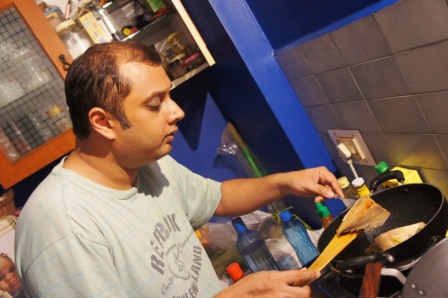 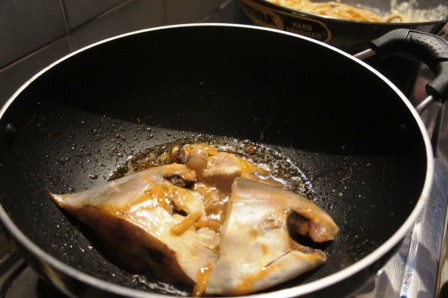 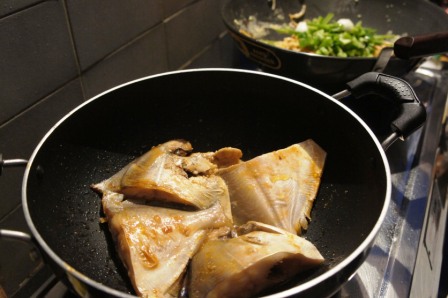 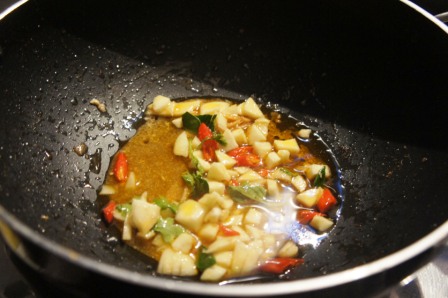 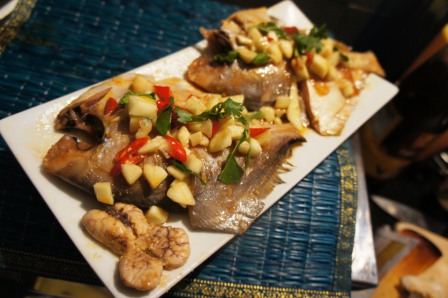 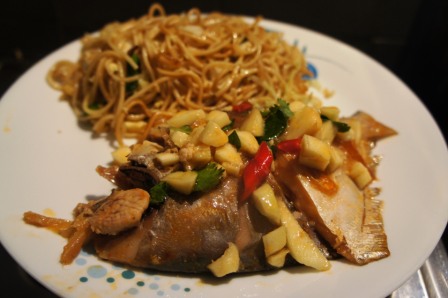 I made a very simple egg Hakka noodles to go with this. Steamed rice would have gone as well too. Ran out of noodles in between so used a mix of noodles and spaghetti while boiling. You couldn't make out the difference at the end. I made the noodles while making the fish.

Here's a quick sum up of how I made it:

Scramble a couple of eggs - drop 2 eggs into hot oil in a wok and beat with a ladle - set aside
Simple. Right? 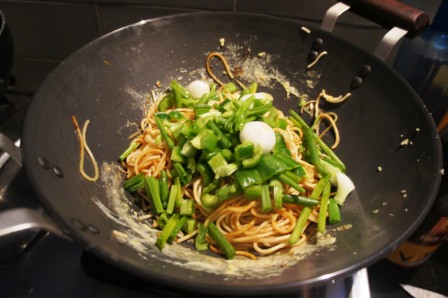 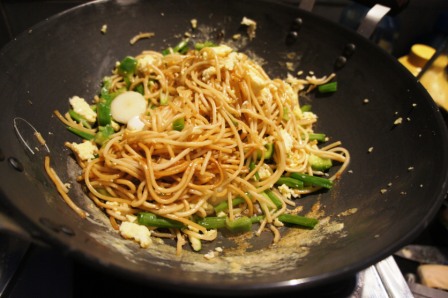 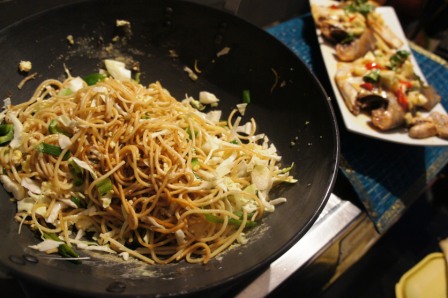 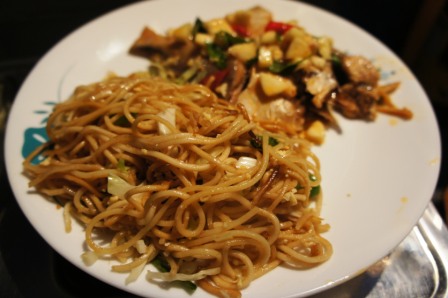 Unknown said…
Aah we are thinking similarly abt our dinners. the raw mango pomfret looks amazing.For this weather - these seem like perfect meals
14 May 2011 at 09:05

Kalyan Karmakar said…
@Farman, and no pork this time :)

@Jyotika, well yes the wok makes good sense in this heat for some light, fast and tasty meals