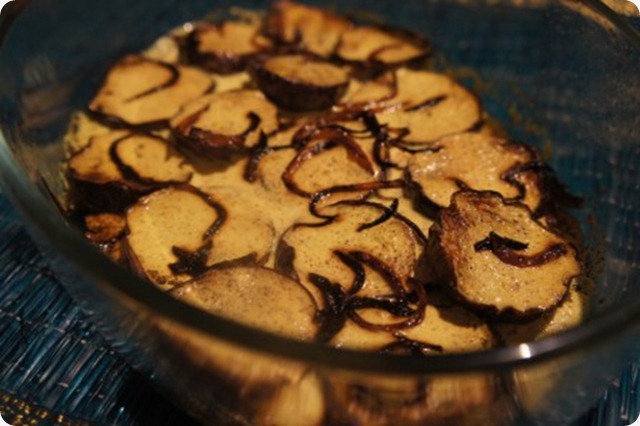 The way cooking concepts travel over cultures and societies fascinates me.


Take aubergine and curd as a case. Hung curd and aubergine are paired together in the Mediterranean. I once made a mezze inspired by on this. The dish was also based on a salad which my Malayali colleague’s mother cooked based on the cooking traditions of Kerala in India. Her dish used roasted mustard seeds as the base spice and was deceptively heady.


Then there is the Bengali Doi Begun or aubergine in curd.


I tried making it a couple of times before but didn’t work as the curd would crack. I finally got it right tonight.

It was a bit of a three staged experiment but they all come together pretty well at the end. I kept the marinate mix ready in the fridge for Banu to cook. She bunked and came the next day. She then called me at work and I briefed her on stage two. I came home later and did the third and final stage after returning from the gym at night.


Between the two of us we finally cracked doi begun.


Well not really. A look at my background will explain why. My mom grew up at Delhi and not Calcutta. My grandma took care of the cooking at home so that her children, including my mom, would study and then take up jobs. My mom got married and went abroad. When she came to Calcutta she used to go to work after travelling huge distances every day. Her very tiring schedule and her non Calcutta grooming , limited the range of Bengali dishes cooked at our house.


So a lot of Bengali cooking that I do is more instinctive than traditional. It acknowledges the grammar of Bengali cooking but takes its own shape within that. The closest inspiration to the doi begun here is a doi posto ilish (hilsa steamed in curd and poppy seeds) that I make. Problem is, that is self conceptualised too.


So the answer to the question is ‘no’. If you want a more traditional version then this post by Pune based blogger, Sharmila at Kichhu Khon, might be a better bet.


This is my recipe for doi begun: 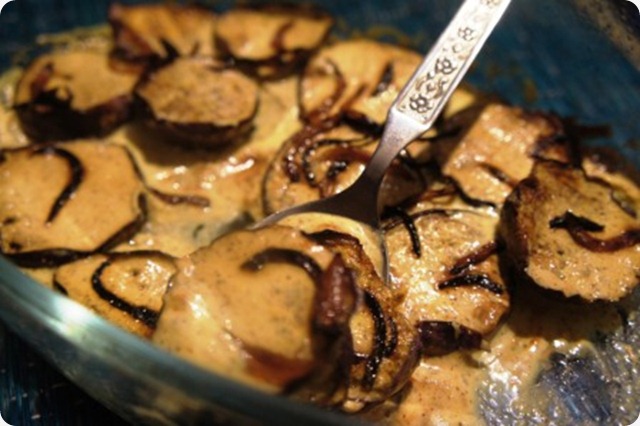 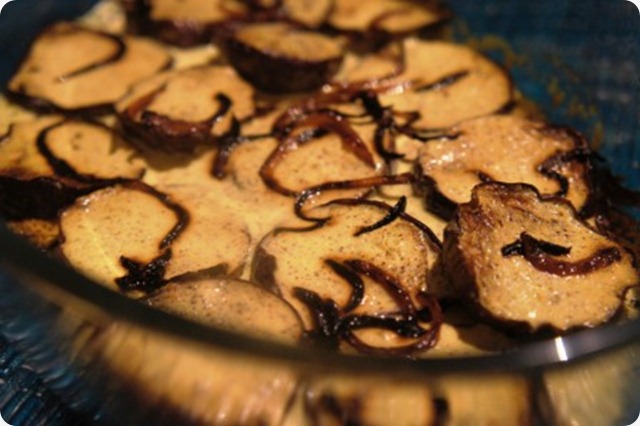 hamaarethoughts.com said…
lovely I had tried a different version given by a blogger ...
So now I have both kind..it tastes awesome...I had tried..where tampering was done of mustard seeds and ..bay leaves!
20 May 2011 at 02:27

SinFoodie said…
Dahi baingan is one of my favourite dishes. I like the addition of onions in your take.
I have a different recipe with a tempering of panchphoran[ fennel seeds as the prominent ingredient]
20 May 2011 at 11:35

Kalyan Karmakar said…
@Harman: great
@ Mon, hope you like it
@Sinfoodie...well paanch phoron is as autentic as it gets. The dessicated onion slivers were Banu's take on fry finely chopped onions
@Curry Spice: allows me to return from work ; Jokes apart, helps settle the marinate
20 May 2011 at 12:18

Saee Koranne-Khandekar said…
Dahi and baingan is a perfect marriage. One of my favorite things to do with these two is to make a dahi-based bharta of grilled baingan, sweet, crunchy red onion, chilled dahi, and loads of cilantro.